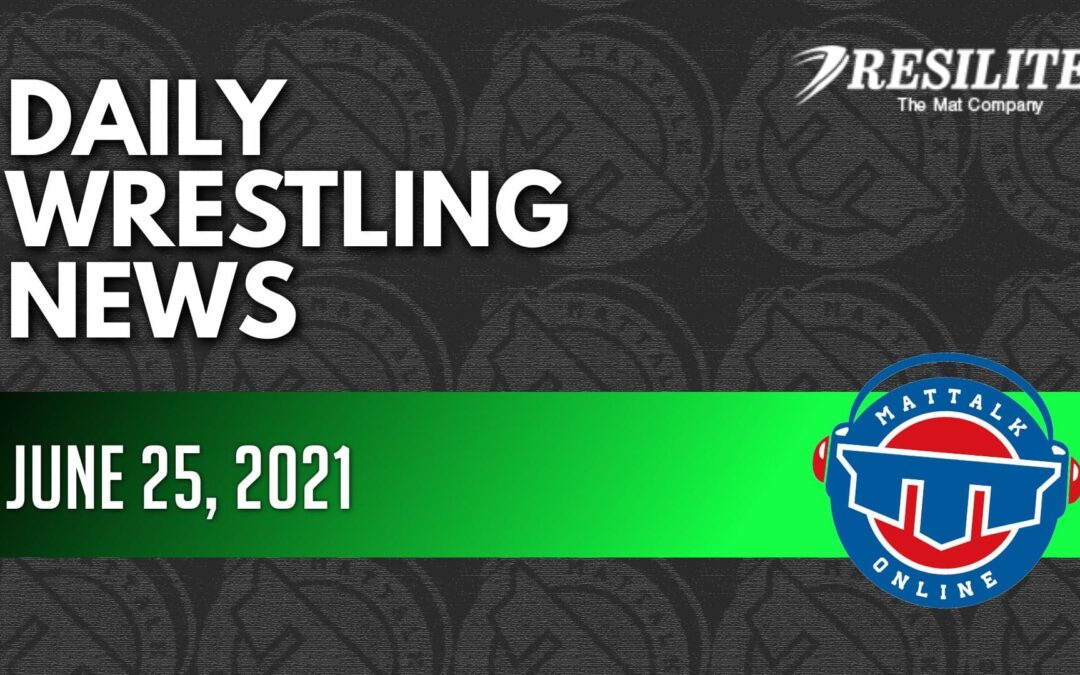 Olympic champion Bruce Baumgartner hopes to inspire next generation of wrestlers | Half Nelson, Half Fiction | wcfcourier.com

Sometimes it is good to be in the right place, at the right time. A group of youth wrestlers from Pierz, Minnesota is in town this weekend for a wrestling camp. During a break in the action, the group ventured over to the National Wrestling Hall of Fame Dan Gable Musuem to take in the history.

Over a year ago, CMU decided to cut their Men’s track program which caused a huge ripple effect for the former Chippewas athletes and forced many to make tough decisions.

Not many dads get the front-row seat that Klel Carson had when his son, Braden, won the 126-pound weight division at the 2020 Class 4A state championship.

Things didn’t exactly play out the way Isaiah Hokit expected them to during his collegiate wrestling career at Fresno State University.

I recently took a trip to Harris County, Georgia to help a couple of former teammates and friends of mine with a wrestling clinic that they run every year. I have known Joey DeNova for almost ten years now.

Black Wrestling Association Is All About Representation And Identification – FloWrestling

Kenny Monday made history when he became the first black wrestler to win an Olympic gold medal. The BWA is now a piece of his lasting legacy.

A native of Shakers Heights, Will Knight walked on to Ohio State wrestling team in winter of 1992 with something to prove. “It was very special to me that people appreciated that I was a D1 wrestler at Ohio State,” Knight said. He was determined to stay on the team, but unprepared for what that meant as a male athlete at OSU.

In 1984, Scott Merritt did not make the basketball team at Chariho High. As a 5-foot, 80-pound sophomore, the odds were against him.

The InterMat Wrestling Fan's Guide to the MMA Weekend is back once again. As always, there is plenty of MMA action across the globe this weekend, and that means there are also several former wrestlers campaigning in their new sport of choice.

USA Wrestling, the national governing body for wrestling in the United States, is pleased to announce a one-year partnership with Fokken Nuts (pronounced Foe-ken), which specializes in handcrafted nut butters.

United World Wrestling has announced top-four seeds for each of the six Greco-Roman weights for the Olympic Games in Tokyo.

Decades ago, the stretch of land from Fort Wayne to Muncie was the heart of high school wrestling in Indiana. Storied programs like Bellmont, Delta and the now-shuttered high schools of Muncie South and Muncie North won 11 of the twenty-one state championships from 1974 to 1994.

InterMat has learned that Virginia Hall of Fame wrestling coach Bill Swink has been named the head coach at Connellsville Area High School in Connellsville, Pennsylvania. Connellsville has a long history of success as they have qualified for every WPIAL (Western Pennsylvania Interscholastic Athletic League) team tournament since its inception in 1979.

In this episode, Al and Josh cover National Duals results for Schoolboy, Cadet, Junior, and Girls and then dive in with new Augsburg Women’s Head Coach Jake Short. Jake discusses his youth, high school, and college careers openly, including some of his challenges, and explains why that has helped prepare him to be successful as a coach.

Wrestling Enjoys Success off the Mat – The Citadel Athletics

In addition to making great strides on the mat during the 2020-21 season, The Citadel wrestling team also excelled in the classroom.