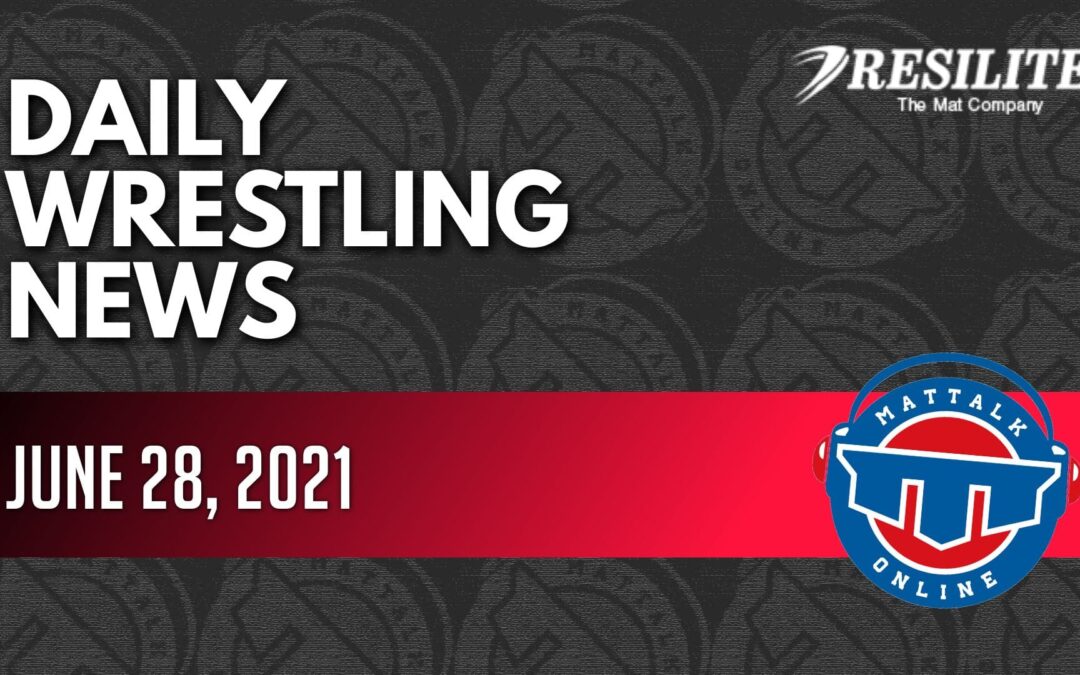 Ready or Not, NIL Is Happening Next Week | Rokfin

It’s happening. On July 1, many college wrestlers are going to be able to leverage their name, image, and likeness. But, until it rolls out (and probably even after), there are a lot of questions and speculations around the rollout.

An early look at Missouri's 2021-22 starting lineup as the Tigers rejoin the Big 12 Conference.

Oklahoma State will be making some updates to the current wrestling facilities this summer, PFB has learned.

The University of Michigan received its first commitment from the Class of 2022 today when top-ranked 195 lber Rylan Rogers (Coeur d'Alene, ID) verballed via video on the True Wrestling Rokfin page.

When it was all over, there were six talented wrestlers who walked away with coveted USA Wrestling Triple Crowns, after winning the freestyle competition at the Kids Nationals on Saturday.

With July only a handful of days away, we're at an odd position, as there are more DI coaching vacancies available now more than ever. Later in the week, we'll explore why this may be the case. But, for now, here's the list.

“I am coaching my son's 10U baseball team. A player on the team has some pretty serious behavioral issues, including throwing fits, pouting, and not following instructions.

Spartan Combat RTC announced today that two-time World bronze medalist Nick Gwiazdowski had signed to move to Ithaca, N.Y. and the Cornell campus to continue his training at the international level.

Looking back at ten of the best matches from the quarantine card era – TheMat.com

With quarantine winding down, wrestling is almost back in full swing in most states. However, over the past 15 months, there were times when very little wrestling was occurring, and even our top Senior-level athletes had a hard time finding ways to get in training and live matches.

After a long-fought battle, the coaches, wrestlers and alumni convinced the University to reverse its decision and keep the program, but associate head coach Ray Blake decided to move on.

Summary:Beat the Streets (BTS), established in 2006, is a sport-based youth development organization whose mission is to develop the full human and athletic potential of urban youth and to strengthen the wrestling culture within New York City.

On this episode of Mat Chat, David Mirikitani speaks with Cal Poly’s head assistant coach Chris Chionuma. A three-time All-American and NAIA champion for Lindenwood University, Chionuma finished his collegiate wrestling career at Oklahoma State where he was an NCAA qualifier.

UWW releases wrestling seeds for Tokyo Olympic Games; Gray and Mensah-Stock are No. 1, Snyder at No. 2 – TheMat.com

You may know Abraham Lincoln as the 16th President of the United States, the man with the stovepipe hat, or the free-er of slaves during the Civil War. But did you know that four score and seven years ago he was also a wrestler?

Colorado School of Mines wrestling head coach Austin DeVoe continues to build his program with the addition of seven recruits to join the team in fall 2021.

Josh Asper and Kasey Tapman Asper both led successful high school athletic careers in different parts of the state of Maryland. Little did the pair of four-time state champions in their respective sports of wrestling and field hockey know that going to the University of Maryland would write their love story around a third sport, golf.