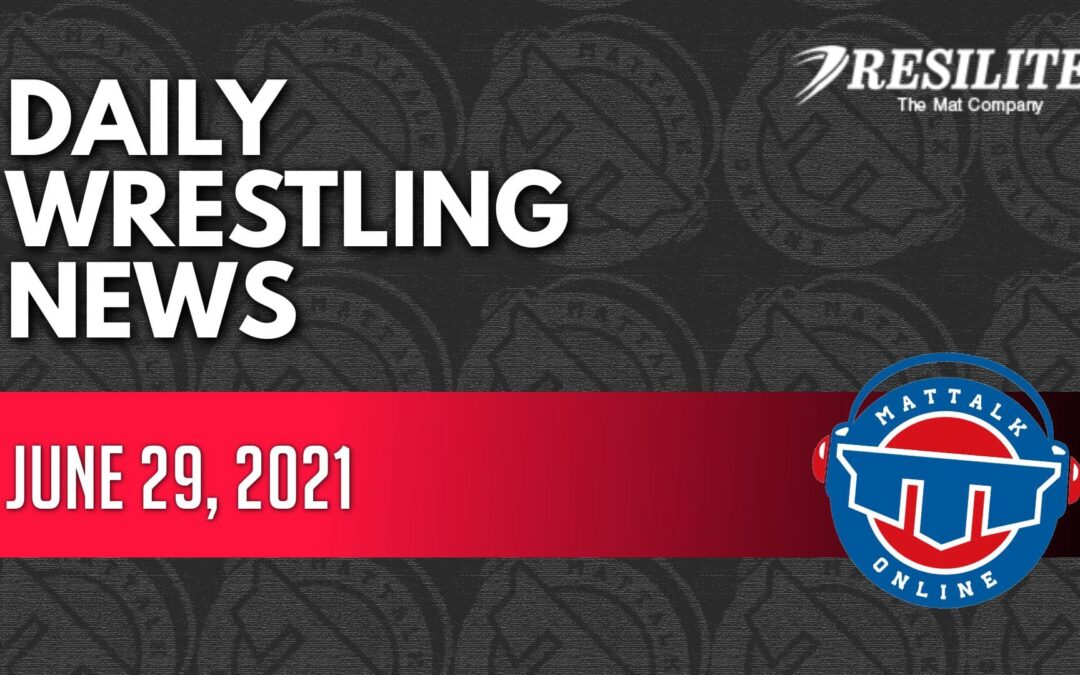 Olympic-bound freestyle wrestlers, Ravi Dahiya and Deepak Punia's preparations have suffered as the duo is stuck in Warsaw in Poland.

As college women's programs approach 100, we have individual championships in two divisions. The NAIA is at invitational status, while NCAA schools compete at the National Collegiate Women's Wrestling Championships.

74kg U – What Colleges Have Been The Best At 74kg? – FloWrestling

Kyle Dake will represent the United States at the Olympics at the 74kg weight class this August in Tokyo. Leading up to the Olympic Games, we’ll be exploring what colleges contribute the most World/Olympic team members and medals by weight class.

Higher Calling Youth Wrestling gives young wrestlers of all skill levels, grades K through 8, a chance to learn the essentials of practice and competition. The goal of the program is to train and maintain the highest-quality athletes to help continue the finest wrestling program in Tennessee.

Lt. Col. Shawn Budke (retired) served 21 years in the military, with some of the U.S. Army’s more legendary outfits. Among them were the 1st Infantry Division, known as “The Big Red One;” the 1st Armored Division; and Montana’s own National Guard 163rd Division.

The Hoke County girls’ wrestling team members gathered in their high school gym last week to load up for the long ride to Kernersville, where they’d fight for unofficial individual state championships against more than 120 other girls from across North Carolina.

Sarah Hildebrandt will make her Olympic debut later this summer in Tokyo.

A direct answer to your editorial “Fresno State wrestling program’s legacy?” Whatever the reasons for eliminating the teams, there is unmatched value in reinstating the men’s wrestling team along with the other sports the school was forced to cut: men’s tennis and women’s lacrosse.

Mitchell Oakley: Keeping up with the grands with technology | Editorials | reflector.com

Unfortunately, the North Carolina High School Athletic Association (NCHSAA) apparently did not plan arrangements for live streaming the wrestling event on Saturday. I was disappointed as a grandparent, so my only option was to depend on my daughter to keep me up-to-date and go to the Trackwrestling website in an effort to see the results.

Girls wrestling gets its own state championships next year – Oak Park

Girls wrestling is a sport that has seen a significant increase in participation over the last few years in Illinois, so much that the Illinois High School Association has approved a state series that begins next year.

Nicholas Da Silva left everything on the mat at the all-Ontario high school wrestling championship.

Of the climbing variety, or ANY variety of footwear, actually. It’s a sharp looking, stylish crew of assassins that Coaches Terry Steiner, Clarrisa Chun and Jessica Medina have helped assemble and fine tune for Tokyo.

Ivan Delchev Ivanov is a 5x Bulgarian National Champion who currently runs a wrestling academy in the Greater Omaha Nebraska / Council Bluffs Iowa (The Best Wrestler) regions. Ivan competed for the Bulgarian national team in 1993 and 1994, and before that attended sports school in Bulgaria throughout the 80’s.

USA Wrestling, the national governing body for wrestling in the United States, is pleased to announce a multi-year partnership with LevelChanger, which will serve as the digital scoring sponsor of USA Wrestling.

It was the worst news that anybody could have woken up to; as Sardar Pashaei reached for his phone one morning in September, he knew immediately that something terrible had happened.