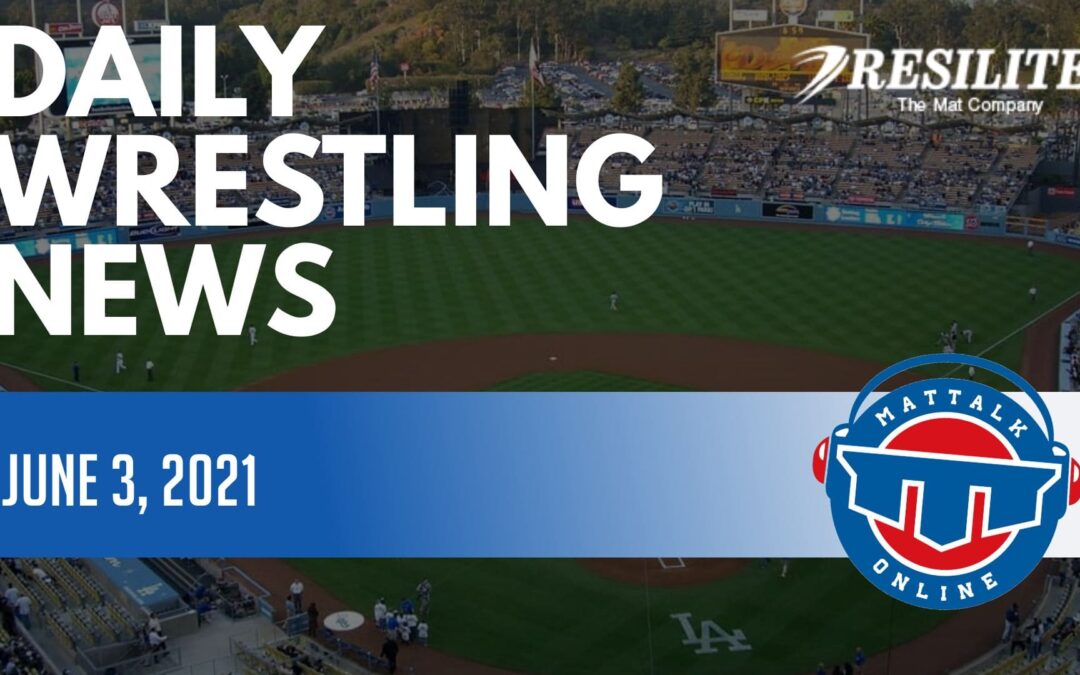 On this day in 1958, the future site of Dodger Stadium in Los Angeles was conveyed to the ownership of Major League Baseball's Dodger Stadium. Still a contentious topic among locals with roots at Chavez Ravine, the location was also featured in a 2019 episode of 99% Invisible.

Seventeen wrestlers from Alliance made the six-hour trip to the Capital City Wednesday to exercise and compete alongside firefighters in training, all for a team building experience.

New Delhi The Delhi Police on Tuesday said they have suspended the firearms licence given to two-time Olympic medallist and world champion wrestler Sushil Kumar, who has been arrested in connection with the murder of 23-year-old wrestler Sagar Dhankad

Wrestling Association of the Philippines president Alvin Aguilar yesterday shrugged off the disappointment of failing to send four athletes to the World Olympic Qualifiers in Sofia, Bulgaria, last May 6-9 because of visa issues but vowed to make up for it by dominating the Southeast Asian Games in Hanoi on Nov. 21-Dec. 2 this year.

Two-time Olympic medallist Sushil Kumar was produced in a court amid the ongoing probe into the murder case of wrestler Sagar Rana on Wednesday.

Nigeria wrestlers will travel to Poland for the Poland Open Ranking Series in preparation for the 2020 Olympics Games.

A new era is dawning for Cornell men’s wrestling. After a run of nearly 30 years, head coach Rob Koll is on his way to a new venture at Stanford University as their next coach. But, the Big Red believes they have found their perfect successor. Longtime assistant coach and Cornell All-American Mike Grey was recently named the Big Red’s new head coach.

COVID-19 gave high school athletes an excuse to relax a little. There wasn’t going to be any competitions for a while, maybe even a long while. So why not slow down, take a little break?

The digital version of the 2021 USA Wrestler, the official magazine of USA Wrestling, has been posted for the wrestling community to enjoy.

For Chertow Camps, it’s all about teaching the kids – WIN Magazine

For three decades Ken Chertow has had one mission: Train kids for life through the sport of wrestling.