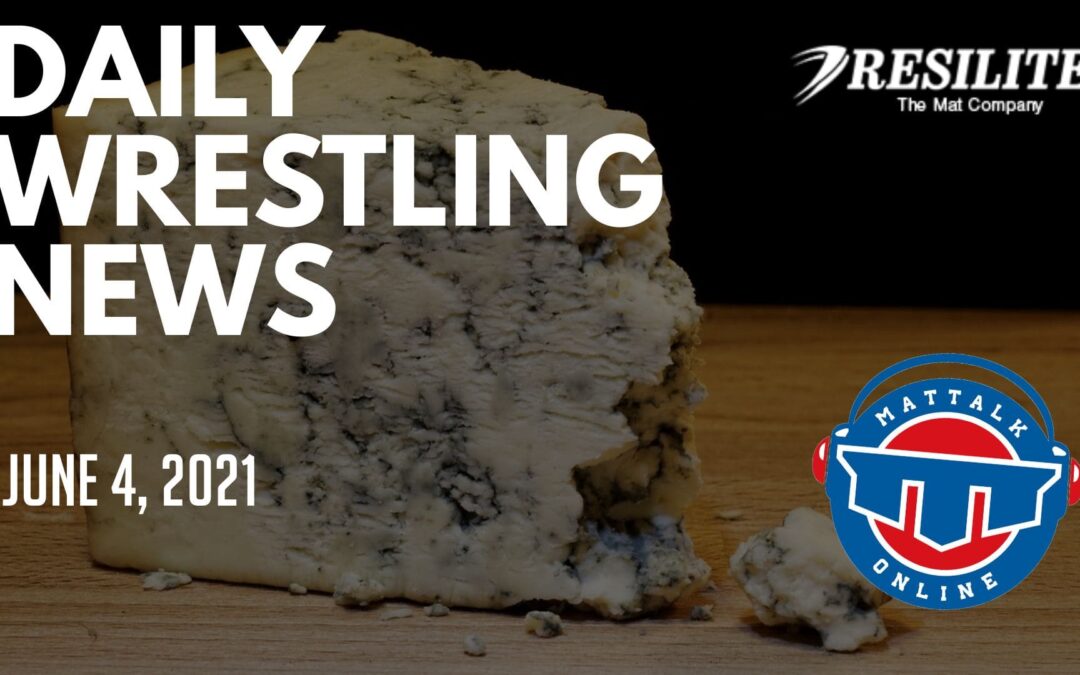 On June 4, 1070, someone, for some reason, left some sheep milk out in a cave. Why they were leaving sheep milk out is the first question. Well, rather than throw it out, it got left there, turned into what we now know as Roquefort cheese and for some reason, people cultivate and eat this stuff. It’s named for the place it was created, Roquefort, France. That’s probably a better alternative to “smelly cave cheese.”

Episode 662 of the Short Time Wrestling Podcast talks with Jim Ross about his relationship with Danny Hodge, that dates back to the 1970s, but his affinity for Hodge the wrestler, which started as a youth in his native Oklahoma. Join Ross as he breaks down what Hodge could be like in today's world of sports entertainment, traveling with Hodge and how tough he actually was.

Pac-12 Is Doubling Down On Wrestling – FloWrestling

The Pac-12 has already made one significant addition this spring. Now it’s looking to make a few more.

Five-time World and Olympic champion Jordan Burroughs will make his return to the mat on June 18th against two-time NCAA champion and four-time finalist Isaiah Martinez live on FloWrestling.

“My first day of (wrestling) practice I remember quite vividly,” he said. “Our coach, Coach Medlin, pointed me at one of the ninth graders and said ‘You stick by his side.’ … That freshman whipped my butt every day for about four years.”

Brent Moore of Virginia Tech announced on Thursday via Twitter that he will be transferring to Clarion University, where he will join Head Coach, Keith Ferraro and Assistant Coach, Nathan Kraisser.

Jake Short, a University of Minnesota alumnus who has served as a coach for an elite wrestling school for the past three years, will be the next head coach of the Augsburg University women's wrestling team, the university has announced.

Michael Butterfield has been selected as the second head coach in the history of the ACU wrestling program.

27 years of greatness, Rob Koll helped make Cornell wrestling what it is.

The Pac-12 Conference announced today a series of measures to strengthen and grow the sport of wrestling in the Conference, including an initiative to add members to its wrestling ranks beyond the current membership of six programs for the first time in more than a decade.