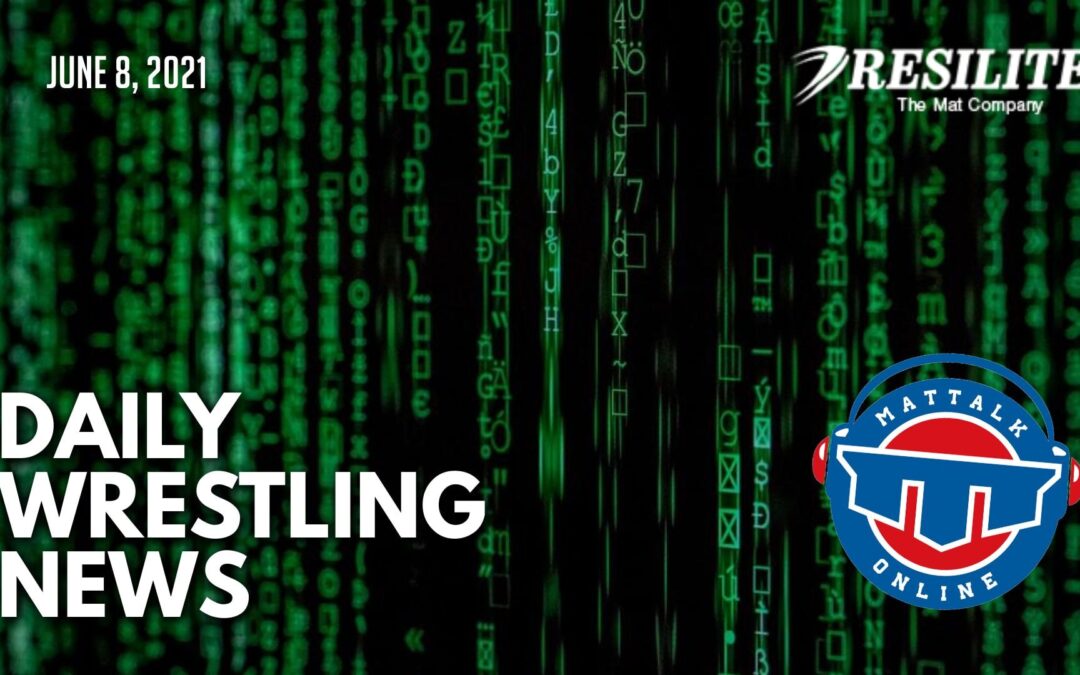 Happy Birthday to Tim Berners-Lee. Who is he you ask? He's the guy Al Gore hates, maybe. In all seriousness, here's why:

Inventor of the World Wide Web, Tim Berners-Lee implemented the first successful communication between a Hypertext Transfer Protocol (HTTP) client and server via the Internet.

He built the world’s first website in 1991, creating a page titled “World Wide Web”, featuring links to additional pages with information on himself, his team of scientists and the history of the project. It is these links which represented the web's real breakthrough. (Source)

The 2019 Jordan Burroughs – Isaiah Martinez three-match series is my hands-down all-time favorite Final X series. Now we get to relive it. On Friday, June 18th, and for the first time since their epic showdown, the two will be taking the mat as competitors.

On this episode of The Kurt Angle Show, listen as Kurt and Conrad discuss David Schultz, the amateur wrestler who won an Olympic Gold Medalist in 1984, who was tragically murdered in 1996 just as Kurt prepared to win an Olympic gold medal.

There will be some 7,000 hours of programming between two broadcast networks (NBC and Telemundo), six cable channels (USA, CNBC, NBCSN, Olympic Channel, Golf Channel, and Universo) and multiple digital platforms.

Turkey's freestyle team has made a late withdrawal from the United World Wrestling’s Poland Open, the final point-scoring event for top-four seeding at the Tokyo 2020 Olympics, which starts in Warsaw Tuesday.

From Don Frye to Randy Couture to Daniel Cormier, Oklahoma State University wrestlers have a long and storied history of MMA transition and success.

Last week, one Racine County Circuit Court judge overruled a 2019 injunction issued by one of his now-retired colleagues. That injunction had allowed a high school wrestler, Hayden Halter, who would otherwise have been suspended, to continue competing for what became his second state championship.

The Oklahoma Sports Hall of Fame announced their recipients for the Jim Thorpe High School Player of the year award and Tate Picklo from Mustang was named winner for wrestling.

Ryan Riggs has been named the head wrestling coach at the University of Mount Union. Riggs, a native of Perry Township, Ohio, comes to Mount Union from Ferrum (Va.) College where he started in 2016 as an assistant coach, then promoted to associate head coach in 2018 before being named head coach in March of 2020.

In what is believed to be his first public opinion on the issue, Kumagai, who took office in April, said on his blog that if spectators are allowed, he “will not be able to ask residents to refrain from crossing prefectural borders and to avoid nonessential outings during the Summer Games.”

Tokyo-bound wrestler Bajrang Punia has reached Russia for his final lap of preparations ahead of the 2021 Tokyo Olympics.

Retired now, Phil Grebinar, a former WPI Professor of Physical Education and the longtime Engineers’ wrestling coach is still very much involved with the sport.

Even though Malik’s chances of competing in the Tokyo Olympics looks slim, the WFI is waiting for the wrestler to complete the formalities related to his ‘B’ sample test by June 10.

Three hours before her bout at the Rio Olympics, Danielle Lappage made an entry in her personal wrestling journal: “August 18, 2016. 7 a.m. Today is the day I have been dreaming of for over a decade! I will be the first women’s wrestling match of the day against Ukraine- she is tough but I am better. You are an OLYMPIC CHAMPION!”