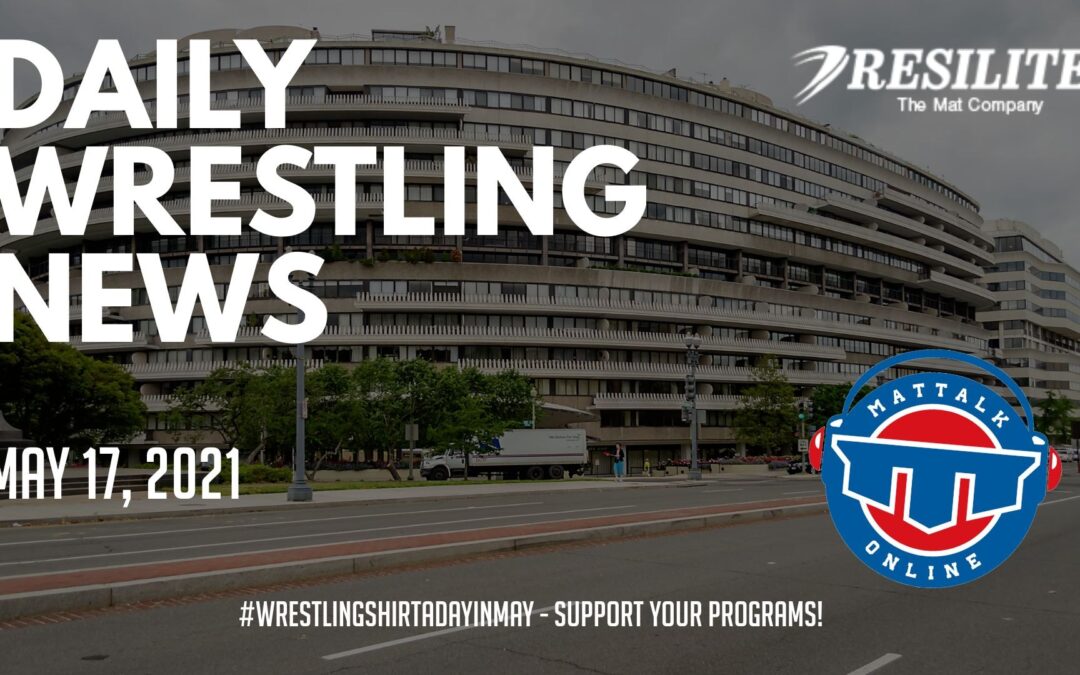 On this date in 1973, Senate Watergate Committee begins its hearings. This means from here on out, every scandal anywhere will end with the suffix “gate.”

Double Olympic medallist Sushil Kumar, on the run after his name surfaced in the murder case of a former international wrestler this month in Delhi, could face more trouble after a Delhi court on Saturday issued a nonbailable warrant (NBW) against him.

Olympic Games-bound teenage wrestler Sonam Malik is recovering fast from a knee injury she sustained during Asian Olympic qualifier in Almaty last month. She would, however, skip next month's World Ranking Series in Poland as she is yet to resume proper training, said her coach on Sunday.

Derek Johnson grew up in a wrestling family. Get togethers frequently included some furniture rearranging to clear the way for a grudge match or two. His father was one of his coaching growing up. He was coached by Scot Davis, one of the most successful prep coaches in the country, and legendary Larry Hovden.

“It’s all about relationships.” When Michael Nichter shares his thoughts on the meteoric growth of the Philadelphia Chapter of the Wrestlers in Business Network, you can sense the excitement in his voice. Nichter, a Strategic Account Manager for Avaya, is the local chapter Co-Chairman of the Membership Committee for this national networking group.

The gymnasium will allow ACU to host men's and women's volleyball practice and games, men's and women's basketball practices, wrestling matches, intramural sports and much more. In addition, students, staff and faculty will have access to the on-site lap pool and well-equipped fitness center, which includes strength and cardio athletic training equipment.

If there is one thing 2021 Junior World Team member Luke Luffman (130 kg, IRTC) relishes, it is hard work.

Round of 16 results in, as quarterfinals set for 50th Junior Nationals fantasy bracket, with three Oklahoma wrestlers still going – TheMat.com

The round of 16 has been completed in USA Wrestling’s interactive 32-athlete bracket featuring the best Men’s Junior Freestyle competitors of the last 50 years of the Junior Nationals., with the quarterfinals set and voting underway.