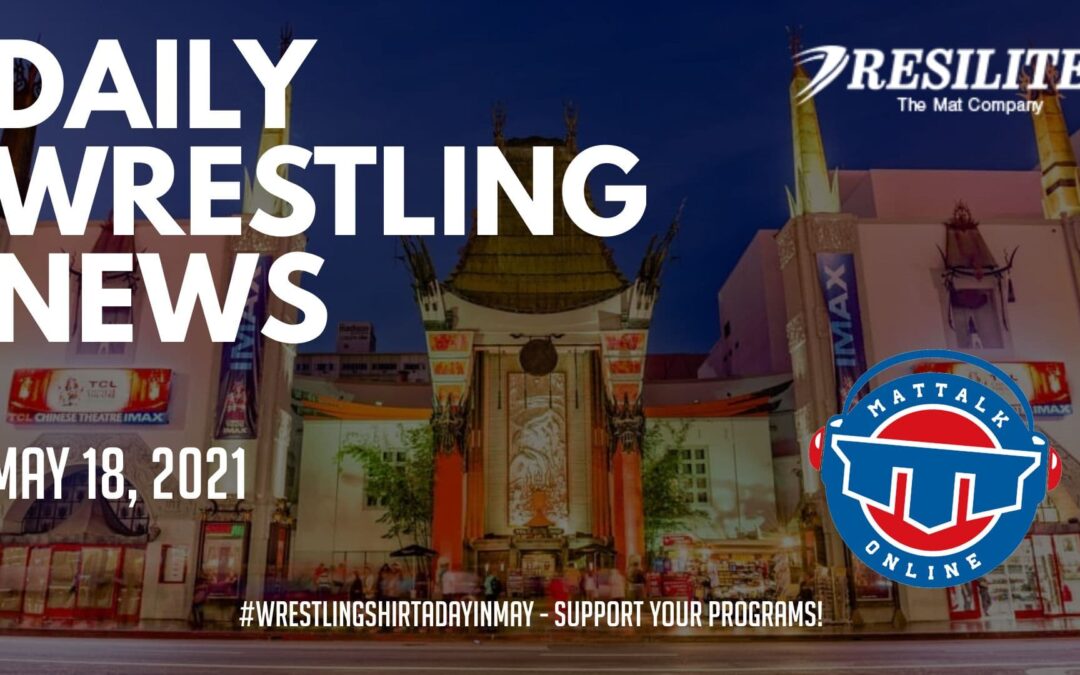 On this day in 1927 Grauman's Chinese Theater opens in Hollywood, California.

Episode 659 of the Short Time Wrestling Podcast launches a miniseries of interviews talking to people about Danny Hodge.

Sushil Kumar accused of murder — What happens to his Khel Ratna award? – The Bridge

Two-time Olympic medal-winning wrestler Sushil Kumar has found himself embroiled in a major controversy. The wrestler and nine others' name has been involved in connection with the murder of a 23-year-old former junior national wrestling champion, Sagar Rana. A Delhi court on Saturday issued non-bailable warrants against Sushil and the others involved in the case following the issue of a look-out-circular (LoC) against the wrestler.

Because of COVID, Selma High senior wrestler Richard Figueroa missed out on a chance at a record-tying fourth state title.

Harrisburg’s Mike Khan remembered as a champion, a trend-setter, and a larger-than-life wrestler who insisted on winning – pennlive.com

Mike Khan lived life fast and had a legendary competitive edge that carried him to extraordinary heights on the wrestling mat. Those closest to him say he was an intense worker, a gifted wrestler with an unparalleled drive, and a complex man who insisted on winning no matter what he was doing.

Pakistan Sports Board (PSB) has promised that it will reimburse some of the expenses which Pakistan Wrestling Federation (PWF) bore for the national wrestlers’ participation in two recent Olympic qualifying events.

Santa Cruz High wrestler Greta Gustafson can count the number of high school matches she has remaining in her abbreviated senior season and high school career on one hand.

Fanco Wrestling | Freestyle Matchups That MUST Happen This Summer

Summer of 2020 was filled with wrestling events like Rumble on the Rooftop, FloWrestling 1: Dake vs. Chamizo, and NLWC #1. In the year of COVID-19, these events were game changers for the sport as they taught wrestling platforms and teams how to adapt in a changing environment. Because no cards have been announced yet for summer 2021, I decided to find the best men’s freestyle matchups that fans actually want to watch.

The roster for the 2021 Senior Pan American Championships is finalized! The USA is sending 29 athletes, including 13 of the 15 U.S. wrestling Olympians, to the continental championships, set for May 27-30 in Guatemala City, Guatemala.

Training camp featuring members of the 2020 US Olympic Team has begun in Alpharetta, GA. Though the gathering is being labeled “Olympic Camp”, it also serves as preparation for the impending Pan-American Championships (which takes place on May 27 in Guatemala City).

The Delhi Police on Monday announced a reward of Rs 1 lakh for information leading to the arrest of two-time Olympic medallist Sushil Kumar in connection with the Chhatrasal Stadium brawl that led to the death of a wrestler.

The University of Wisconsin-Eau Claire wrestling team has announced their 2021 team awards.

A handful of Japanese wrestlers had a huge impact on OSU wrestling and the sport in general.

Complete list of USA Wrestling sanctioned events for the next three months as of May 17 (43 events) – TheMat.com

Edinboro Wrestling has announced the incoming class for 2021-2022, adding to a squad that finished fifth at MAC Championships this season. For head coach Matt Hill, this marks recruiting class number four in his Fighting Scot coaching career.

After claiming its third straight ACC Championship this past March, Wolfpack Wrestling has once again reloaded with a top-five recruiting class that will be freshmen this fall.

The news from both Palo Alto and Tokyo took a dark turn this past fortnite. While 36 Sports Strong, the group of Stanford alums and fans, remained hopeful that the Schools President and Board are actually still in listen and not kill mode, a separate group has opted to retain counsel.