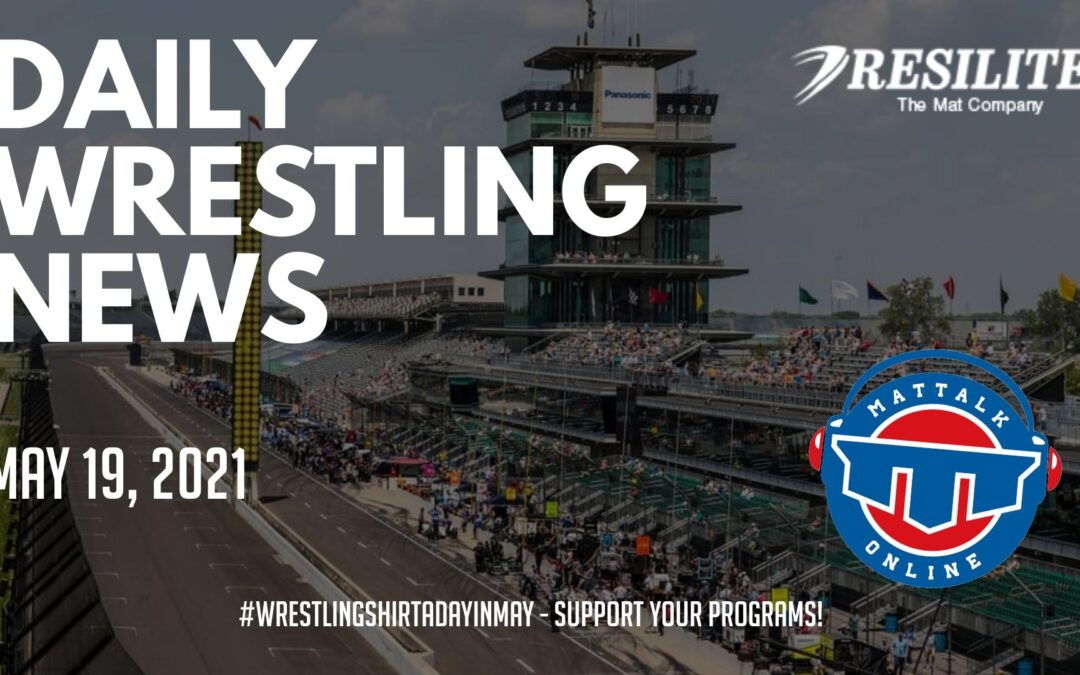 On this date in 1991, Willy T. Ribbs becomes first African American driver to make Indianapolis 500. He drove a car sponsored by McDonalds. There were McRib tie-ins that never saw the light of day. Go to the Brickyard, even if you're not a race fan.

Chermen VALIEV (RUS) was the highlight of another successful day for Russia as three wrestlers made it to the finals on day two of the U23 European Championships in Skopje, North Macedonia.

Mark Perry grew up with dreams of becoming a four-time Oklahoma state high school champion, and he was seconds away from winning a title as a freshman for Stillwater when he got tossed to his back in the closing seconds to drop a 7-6 decision against Broken Arrow’s Brandon Tucker.

How a ‘lifetime of work' led to this B.C. fighter being crowned MMA world champion | CBC News

Wrestler Heiki Nabi has requested an expedited public procedure in a doping case involving him and which came to light in February, and has expressed a wish to get the matter resolved before the summer olympics in Tokyo.

A Delhi court on Tuesday declined to grant anticipatory bail to Sushil Kumar, India’s double Olympic medallist in wrestling, in connection with a brawl at Chhatrasal Stadium, which led to the death of a wrestler.

A four-time state wrestling champion is making a move to the Division I level. Kade Orr signed his National Letter of Intent with Kent State University.

Iowa State wrestling has picked up a commitment from Buffalo transfer Sam Schuyler.

Moments after winning an NCAA wrestling title in March, Shane Griffith donned a ‘Save Stanford Wrestling' sweatshirt as fans chanted that same mantra.

Rutgers wrestling will see a solid veteran leave the team prior to the upcoming 2021-22 season. 2019 NCAA qualifier Joe Grello entered the transfer portal as a graduate transfer, per his Instagram page. 247Sports confirmed Grello's entry into the transfer portal.

Hometown International, the mystifying New Jersey deli company that is valued at nearly $100 million on the stock market — despite running just a single deli — has ousted its CEO, according to a financial filing.

The 55th Annual Powerade Holiday Wrestling Tournament continues to get bigger and better, and this year’s event might end up being the toughest in the country.

Bolstered by an improved financial picture with increased fundraising potential, Stanford will continue 11 varsity sports that had been slated for discontinuation at the end of this academic year.

An audio file has been published purportedly of Iran Judo Federation President Arash Miresmaeili instructing the coach of Saeid Mollaei to inform the judoka to lose a contest to avoid facing an Israeli opponent.

Now that Oklahoma State can fill it up, OSU brass is taking steps to bring back the rowdy to Gallagher-Iba Arena this fall.

Over the weekend, the Pennsylvania RTC sent 18 individuals to compete in the U23 Northeast Regional Championships in Pocono Manor, Pa. The wrestlers competed in freestyle, putting on a strong performance as they netted five placements and two individual titles.

No matter what else Sam Hazewinkel does throughout the rest of his wrestling career, a long list of achievements will follow him.

In keeping with its ongoing mission of providing affordable, high-quality education, including the total college life experience, the Southwestern Michigan College Board of Trustees, during its regular meeting on May 12, unanimously authorized the SMC administration to revive four additional intercollegiate sports for Fall 2022: Men’s and Women’s Basketball, Women’s Volleyball and Men’s Wrestling.