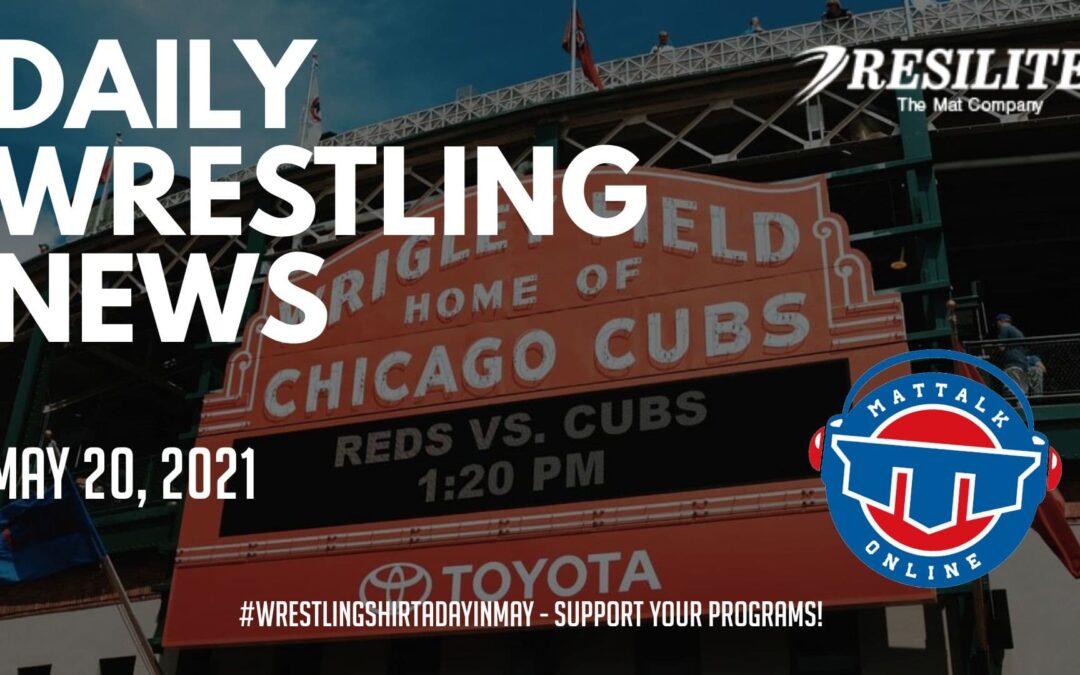 On this day in 1920, Policemen raid the Cubs' bleachers & arrest 24 fans for gambling. Oddly, in a cruel twist of fate, one of them was allegedly Steve Bartman's great grandfather (not really).

Division I Committee on Academics studies Academic Performance Program | NCAA.org – The Official Site of the NCAA

The Division I Committee on Academics will ask the Division I Council to sponsor legislation aimed at supporting the academic success of wrestling student-athletes. The proposals would be considered during the 2021-22 legislative cycle, and members could vote on them as early as January 2022.

Tatiana Suarez, one of the best women's MMA fighters in the world, is finally close to returning to the Octagon.

Darrion Caldwell, who returns to bantamweight at Bellator 259, desires a trilogy fight with Kyoji Horiguchi just as much as getting the Bellator bantamweight belt back.

Erica Wiebe says her path to becoming an Olympic champion wrestler has taught her how to roll with the punches. She’s using that mindset to prepare for a Tokyo Olympics that will look much different than what she originally anticipated.

Malesiewski to get Medal of Courage from National Wrestling Hall of Fame – GoErie.com

Former Cathedral Prep wrestler Ian Malesiewski, who was paralyzed during a 2016 match, has received the Pennsylvania chapter's Medal of Courage award by National Wrestling Hall of Fame and Museum.

National coach and longtime wrestler Yaima Payne is a few days away from creating history as the first female master to represent Barbados in beach wrestling when she competes at the 2021 United States of America Open Masters Beach Wrestling in Jacksonville, Florida.

After a very successful regular and post season, Head Wrestling Coach Mark Branch has announced the teams end of season awards for the 2020-21 season.

This morning Nebraska joined 32 other states by sanctioning girls high school wrestling. A year ago, the Nebraska School Athletic Association (NSAA) voted to add girls wrestling as an emerging sport and it was on the state calendar as a winter sport.

Luther College assistant Coach Billy Huebner has been in the hospital fighting COVID-19 since May 9th and recently was moved out of the ICU. Click the link above to learn more about his situation and how to contribute to his medical expenses.

The fan vote is in, and the semifinals have been set for the USA Wrestling’s interactive 32-athlete bracket featuring the best Men’s Junior Freestyle competitors of the last 50 years of the Junior Nationals.

Nick Garone is a New York legend. A former All American for Old Dominion and a New York state champion before that, Nick has a passion for wrestling that few can match.

Wilkes University wrestling standout Mike Lee '74 has been elected to the Middle Atlantic Conference (MAC) Hall of Fame as announced by the conference office Wednesday afternoon.

The Nebraska-Kearney wrestling program is mourning the loss of alumni Derek Ross who passed unexpectedly in his sleep Sunday (May 17) night. He was 33.

Millersville University wrestling's Jonathan Parrilla has earned the right to represent his home country of Puerto Rico in the upcoming Pan-American Wrestling Championships. The event is set for May 27-30 in Guatemala City, Guatemala.

The University of Wisconsin-Platteville Director of Athletics and Recreation, Dr. Kristina Navarro, announced Wednesday (May 19, 2021) the appointment of Trevor Kittleson as the Pioneers' head wrestling coach.