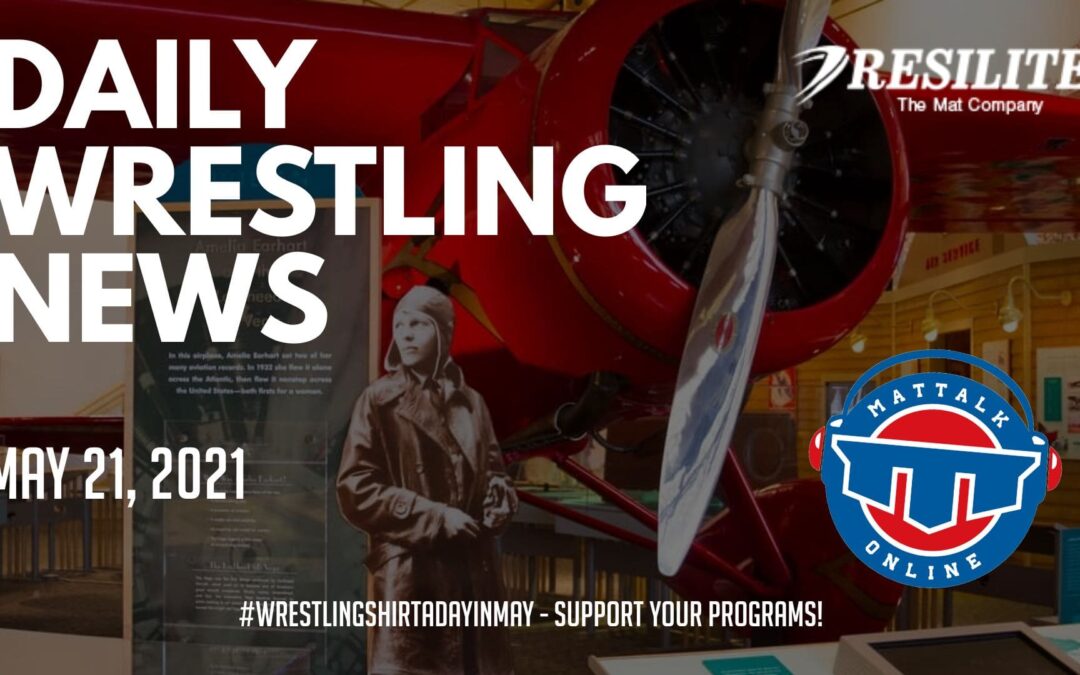 On this date in 1932: After flying for 17 hours from Newfoundland, Amelia Earhart lands near Londonderry, Northern Ireland, becoming the 1st transatlantic solo flight by a woman.

Lee Roy Smith was born and raised in Oklahoma. An NCAA champion, world silver medalist and the first of the four famous Smith brothers, Smith grew up in the era where Bedlam was fierce. An eventual Cowboy at Oklahoma State, Smith now is the Executive Director of the National Wrestling Hall of Fame. He'd spent time coaching on the international and collegiate level and speaks on the impact of Danny Hodge, the trophy and what he means, not only to wrestling, but to the state of Oklahoma.

Skylar Grote is an aspiring female wrestler, with hopes to make an olympic team and capture the highest honor of gold one day.

‘They did not consent to have their photos taken:' Former Horlick High School wrestling coach expected to stand trial – CBS58

Just yesterday InterMat went into detail about wrestlers from the Class of 2022 Big Board that have committed to DI schools. A name missing from that list was Penn State.

Competing in the largest U.S. Beach National Championships ever hosted by USA Wrestling, the U.S. has qualified a strong set of Senior champions for men and women who have an opportunity to compete internationally later this year.

Who’s ready for another international tournament before the Olympic Games? We certainly are!

The Oregon State wrestling team announced its team awards on Thursday evening as it celebrated the season with its fans during a virtual banquet.

The LIU wrestling program was honored as the best in the nation Thursday, earning the highest team academic award possible. The National Wrestling Coaches Association announced the 2021 Scholar All-American Team and Individual honorees for NCAA Division I with awards going to 191 individuals representing 59 institutions.

On Thursday, the National Wrestling Coaches Association announced the 2021 Scholar All-American Team and Individual honorees for NCAA Division I with awards going to 191 individuals representing 59 institutions.