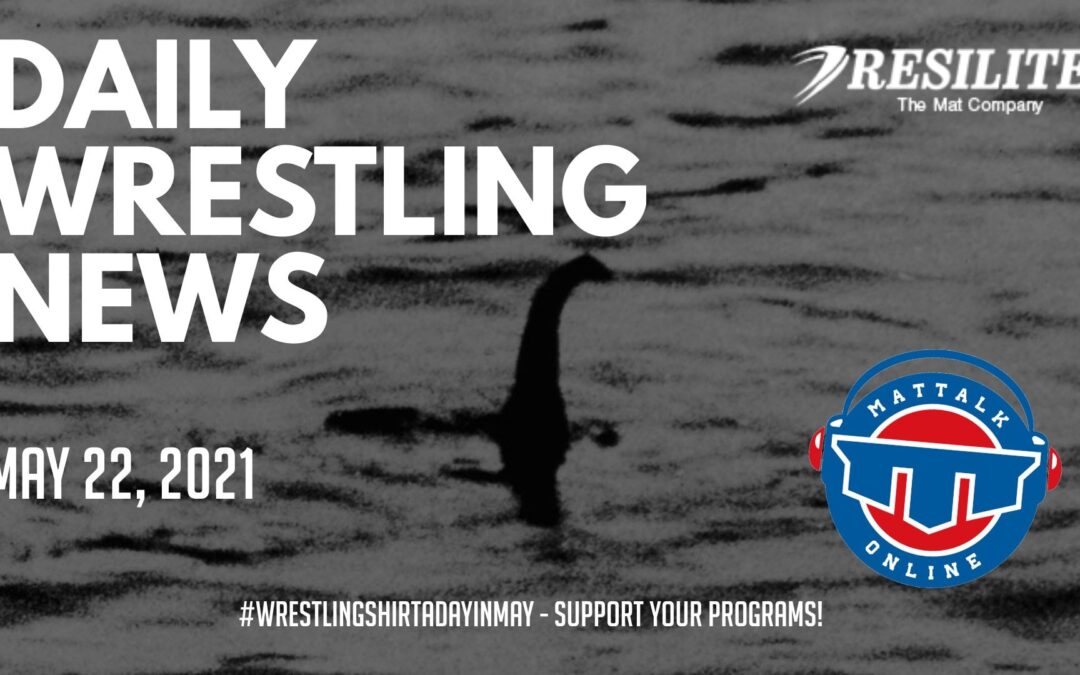 On this day in 1933, the first modern sighting of the Loch Ness Monster was made by Aldie and John Mackay saw “something resembling a whale.”

If there is a perfect way to debut at a tournament, Aleksandr KOMAROV (RUS) demonstrated it on Friday.

Tom Ryan: What I learned from Dan Gable – Trackwrestling

Dan Gable coached the University of Iowa 15 NCAA team championships and 21 straight Big Ten titles from 1977-97. He coached Tom Ryan to All-American honors in 1991 and 1992 (second in 1991 and third in 1992). Ryan is the current head wrestling coach at Ohio State University where he led his team to an NCAA championship in 2015.

Alesha Zappitella once was told to give up wrestling to focus on ‘girl’s sports,’ now an Invicta champion – MMA Fighting

When Alesha Zappitella first took up the sport of wrestling, it never really occurred to her that she was the only girl on a team filled with nothing but boys.

Garbrandt’s ability to take away the glue of Dominick Cruz’s game was essential in his bantamweight title victory.

Since Mountain View High School opened at the turn of the 21st century, plenty of superior staff members have rotated through the institution’s revolving doors.

An amazing amalgamation of Stanford University Alums voices rang loud and clear as the University reversed direction and chose to reinstate the 11 sports it originally planned to do away with.

Chippewa fans have been waiting in anticipation for three seniors to announce whether they would return for another year of eligibility.

As the 2020-2021 school year closes, changes are coming for Neosho County wrestling. Assistant Coach Matt Hansen has been chosen as the next head coach for the Panthers. Hansen came to Neosho, this past season, with 14 years of collegiate coaching experience, which includes time as the Head Coach at Doane University. He was also named the “Rookie Coach of the Year” by Amateur Wrestling News Magazine, in 2016.

New Jersey will soon be home to an Olympic medalist. J'Den Cox, who won a bronze medal at the 2016 Olympic Games in Rio de Janeiro and won three NCAA championships at the University of Missouri, is joining the New Jersey Regional Training Center as a part-time athlete. The NJRTC announced Friday evening that Cox will split his time between the NJRTC and the Ohio RTC.

As Shawsheen Valley Technical heavyweight Liam Kelley readied for the third period of his match against Whittier Wednesday, Mark Donovan leapt from his chair in the corner of the mat situated at home plate of the school’s all-turf baseball field.

In the first of the dual meet competitions as part of the inaugural Spartan Nationals, Valiant Prep, a team from Arizona, won the Greco-Roman team title on Saturday. Valiant Prep won four dual meets in a five-team round-robin tournament, and did not have a close dual meet.

Looking at the early registrations for U23 Nationals – TheMat.com

Next week, wrestlers will flock to Lincoln, Neb. for the opportunity to compete for a spot on the U23 World Teams in men’s freestyle and Greco-Roman. While registration is ongoing, take a look at some of the big names already signed up to wrestle.

It was Greco-Roman day at the wrestling events in Jacksonville today, with the Veterans Nationals, Southeast Regionals and Spartan Nationals all hosting divisions in the Classic style.

A pair of unique first-timers are on the docket for Episode 48 as Austin Morrow (77 kg, NYAC/NTS) and Greco-Roman Manager of Operations Gary Mayabb pop on to discuss various matters of recent relevance.

When Donny Wichmann passed away in July 2019 at the age of 53, it left a void in the Minnesota wrestling community. He touched the lives of the many people he met in a special way – whether as a family member, a teammate, a coach, a friend, or even just an acquaintance.

Stanford was saved. What a relief. And a surprise. Throughout the campaign to reinstate the program, I watched with a massive appreciation for their efforts but also with very little optimism.

Moose Jaw wrestler Justin Abdou has gotten the call to the hall. The Saskatchewan Sports Hall of Fame announced its class of 2021, and Abdou will be inducted as an athlete.

University of Minnesota head wrestling coach Brandon Eggum announced the addition of Jared Krattiger beginning with the 2021-22 season. The Waterford, Wis., native will join the Maroon and Gold after spending three seasons at the University of Wisconsin.