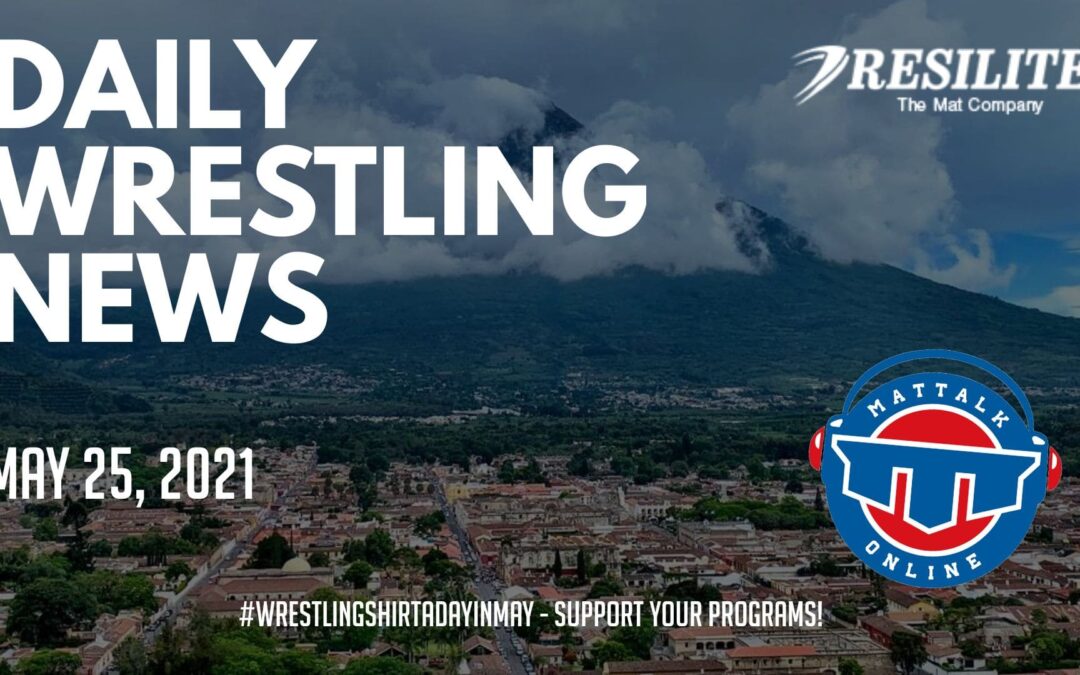 For the next week, I'll be in Guatemala broadcasting the Pan Am Championships for United World Wrestling.

On the latest edition of the Short Time Wrestling Podcast, Brisco talks about Hodge's affinity for pie and ice cream, crushing apples, cheating at golf and Brisco's own introduction to professional wrestling with Hodge wrestling a bear.

The mother of an eighth-grade wrestler filed a federal lawsuit Monday against Greater Latrobe Area School District, alleging it failed to protect her son after he was questioned about hazing and misconduct among the team and coaches.

Perhaps the most decorated state champion in Graham High School's history signed his National Letter of Intent on Monday.

How wrestler Rulon Gardner put on 15 stone, turned down lucrative WWE deal and ran up debts of £3m after 2000 gold medal – The Sun

Gardner, 49, became an overnight celebrity in 2000 when he won a wrestling gold medal at the Sydney Olympics defeating the legendary Aleksandr Karelin.

Last week, girls wrestling was officially made a sanctioned sport in the state of Nebraska. South Sioux City coach Evan Bohnet thinks that it might just help save the sport of wrestling.

When it comes to Indian wrestling, Sushil Kumar is a name that stands head and shoulders above others. However, recent events have severely tarnished the image of India’s only two-time Olympic medalist.

He is used to flashing smiles and flaunting medals for the cameras. But on Sunday, India’s most decorated Olympian Sushil Kumar hid his face behind a towel as a Delhi Police Special Cell team paraded him in front of the flashbulbs following his arrest over the murder of a 23-year-old former junior wrestling champion.

The U23 Field Is Coming Together – FloWrestling

‘He’s stronger because of it’: Actor RJ Mitte speaks on the impact ‘Triumph’ has on the special needs community | KVEO-TV

Actor Roy Frank “RJ” Mitte III speaks on his role in his new film “Triumph” as an inspirational film for all.

Two former Cowboy Wrestlers made a splash in the MMA world last Friday night as Bryce Meredith and Archie Colgan both picked up impressive wins at the LFA 108 Event.

Inside a 2,600 square foot wrestling facility in Clovis, you’ll find some of the top wrestlers in the state training at The Club. If you take a closer look, you’ll notice that they’re not all boys.

USA Wrestling sanctions for the next three months as of May 24 – TheMat.com