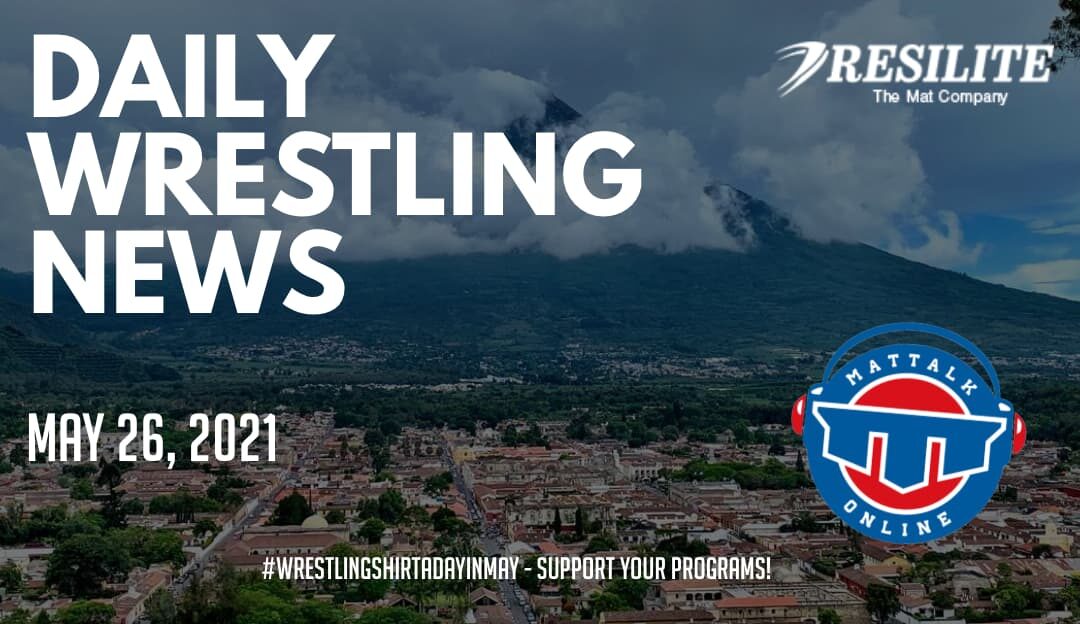 G'Angelo Hancock made a rapid rise on the Greco-Roman circuit. Now he will represent the United States at the Tokyo Olympics. Hear from Hancock about love for wrestling and his motivation to compete.

Danny Sabatello expects bantamweights to duck him after his “dominant” win over Brett Johns | BJPenn.com

Danny Sabatello knew he would be able to beat Brett Johns and would do it with ease.

Dimitry Mindiashvili, wrestling coach to several Olympic champions around Russia, died of pneumonia Monday at the Krasnoyarsk Regional Clinical Hospital. He was 87.

The fall of Sushil Kumar: From two-time Olympic medalist to alleged murderer   – The Federal

The Olympian has been accused of murdering a young wrestler over a property dispute; The Federal chronicles Sushil Kumar’s journey from the ramparts of world-renowned stadiums to the alleged bylanes of crime

The WIAA Board of Control approved details for the first girls wrestling state tournament in 2022 at its May meeting on Tuesday, according to a WIAA release.

Mark Hall: A Servant's Heart and A Call to Coaching – Pennsylvania RTC

Serving others, it’s one of the main core values practiced at the Pennsylvania Regional Training Center.

As a part of Asian American and Pacific Islander Heritage Month 2021, USA Wrestling has had conversations with leading representatives in the sport to share their stories and celebrate their success and impact on the wrestling community.

The 2021 Pan-American Championships begin this coming Thursday live from Guatemala City, Guatemala. Action starts at 10:00am MT (12:00pm ET) and can be viewed live in the US on FLOWrestling.

There is a misconception that specializing in one sport is a pathway to greatness. – The Predicament

A young athlete playing a wide variety of sports is truly a great joy to see! The physical, social, and psychological benefits are extraordinary! Young athletes get to work as members of teams and witness the importance of transferrable skills. Most importantly, it’s fun and provides a lifetime of cherished memories!

Carolina Wrestling held its 2020-21 Awards Banquet this weekend in Chapel Hill, honoring its graduating seniors and celebrating the successes of the past season, including Austin O'Connor's national championship at 149 pounds.

Wrestling Canada Lutte is sending 17 wrestlers to the Pan-American Championships. The tournament will take place May 27-30 at the “Teodoro Palacios Flores” National Gymnasium in Guatemala City.