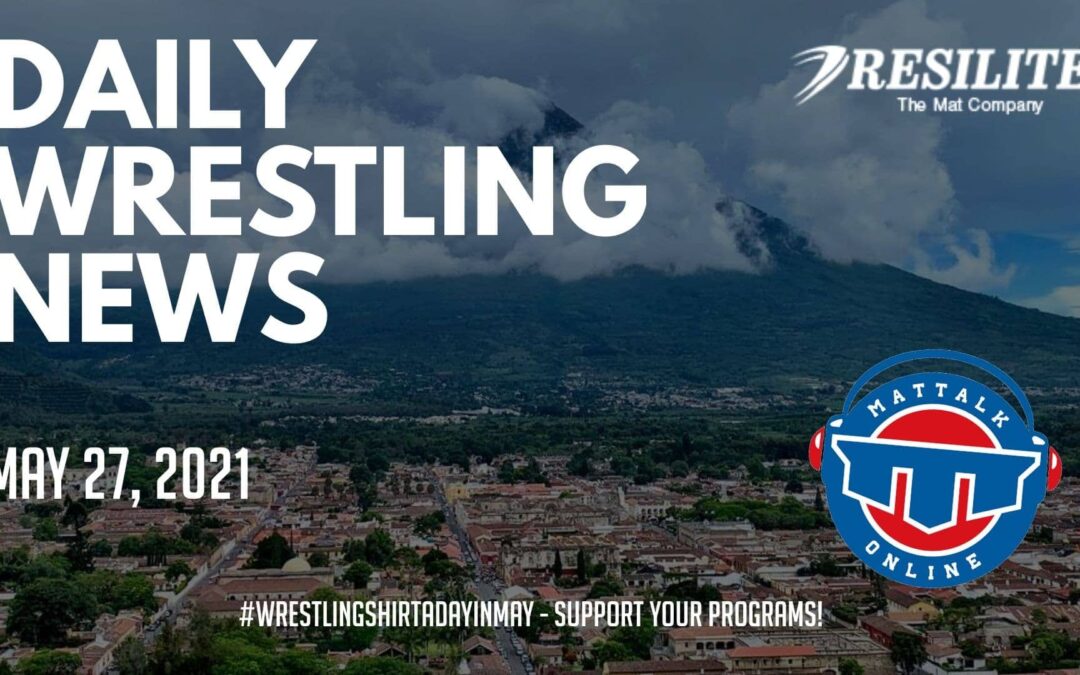 Daniel Dennis of Iowa faced Jayson Ness of Minnesota in 133-pound finals of the 2010 NCAA championships in Omaha, Nebraska. Both were seniors and both were wrestling in their final college match.

The man who coached many of Bishop McCort Catholic’s wrestlers growing up will now serve as their head coach.

Former two time Big Sky champion, and team USA Wrestling coach, Bruce Burnett has been elected into the National Wrestling Hall of Fame. Bruce was voted into the HOF last year, but due to COVID-19 the official induction ceremony will be held June 5 in Stillwater Oklahoma.

Four associates of Olympic medallist Sushil Kumar, who were involved in the alleged property dispute case that led to the death of a 23-year-old wrestler at the Chhatrasal Stadium, have been arrested here, police said on Wednesday.

Nearly five years ago, Carson McCusker had to take a detour on his official visit to Oklahoma State. It wasn’t to Eskimo Joe’s for cheese fries or to Curty Shack for a Dirty Curty hot dog or even to Tumbleweed for some live music. McCusker wanted to step inside the National Wrestling Hall of Fame. He had a name to find.

Three former Kasson-Mantorville wrestling stars are on the St. Cloud State roster. They wouldn't shut up about Logan Vaughan so the Huskies' coaching staff pushed hard for the current Kasson-Mantorville star. It all paid off when Vaughan committed to the Huskies on Tuesday. But he has some unfinished business to take care of first.

Robert Morris is putting its hockey programs on ice. The university announced Wednesday afternoon that both the men’s and women’s NCAA Division I teams have been discontinued as part of “strategic initiatives intended to position the university.”

While Steubenville is widely known for its football program, Mike Blackburn did his best to turnaround the Big Red wrestling program.

The first of two tournaments featuring members of the 2020ne US Olympic Team begins Thursday morning in Guatemala City with the Pan-American Championships. Designated as one of United World Wrestling’s “Ranking Series” events, points are also up for grabs pertaining to bracket placement in Tokyo and the Oslo Worlds in September.

The draw in all three styles for the Senior Pan American Championships have been determined tonight.

It is coming down to the wire for interactive 32-athlete bracket featuring the best Men’s Junior Freestyle competitors of the last 50 years of the Junior Nationals.

On episode 7 of Heads Up – A USA Wrestling Coaches Council Podcast, Mike Hagerty and Mike Clayton sit down with NYC RTC Head Women’s Coach Emma Randall and Sarah-Dwyer Shick, the founder of The Sports Bra Project, a non-profit organization that strives to increase access to sports for women and girls by addressing barriers to participation and provides sports bras to aspiring athletes who may not otherwise have access to this basic piece of equipment.

What will NIL reform mean for DIII athletes? – d3wrestle.com

41 states are somewhere in the process of passing laws regarding the ability of college athletes to profit off of their Name, Image, and Likeness (NIL). Several of these laws are set to go into effect on July 1st of this year (Alabama, Florida, Georgia, Mississippi, New Mexico), and several others could pass and go into effect by then

Rick Tucci of Pembroke Pines, Fla., the president of the U.S. Wrestling Officials Association and a long-time leader within USA Wrestling, was elected as Vice-President of United World Wrestling Americas today during their Congress today.

The Bethany College Department of Athletics and Dean of Athletics Laura Moreno are pleased to announce Mitch Houghton as the new Head Wrestling Coach.