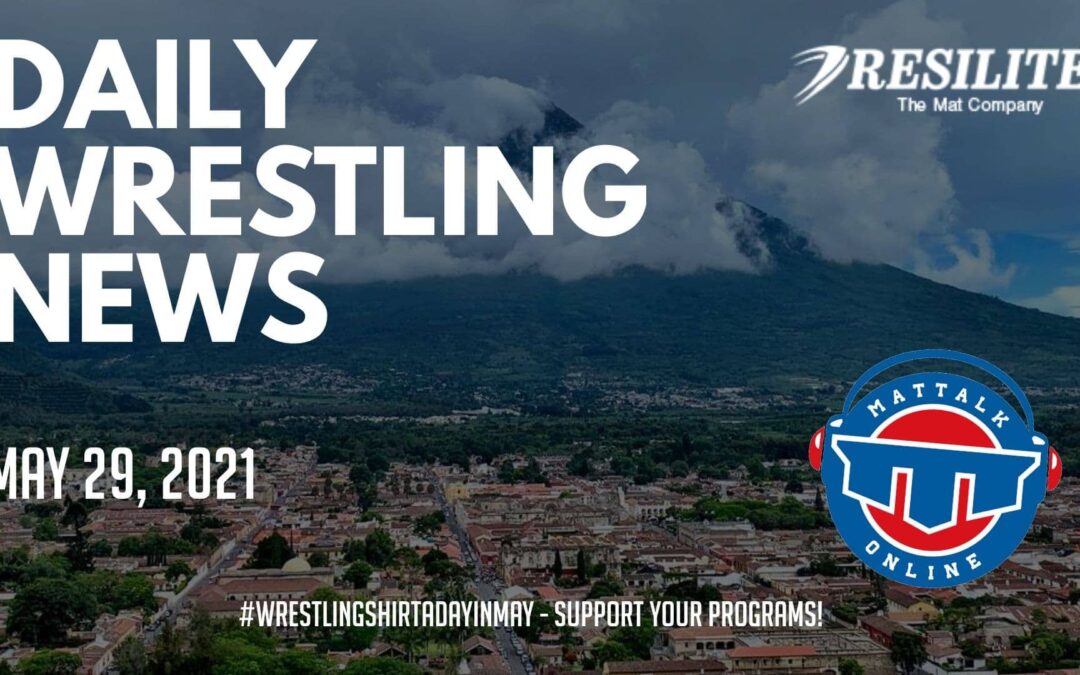 ‘I have no doubt in my mind that she will power through this,' says 33-year-old's twin sister

She failed to make the cut at the Asian Olympic Qualification Tournament in Almaty, Kazakhstan. Her qualification now depended on one last shot – World Qualifiers in Sofia, Bulgaria earlier this month. Bisla left nothing on the mat as she sealed her qualification spot.

The USA won gold medals in all seven weights contested on Friday, including three titles in Greco-Roman and four titles in women’s freestyle at the 2021 Pan American Championships in Guatemala City.

The USA swept all seven gold medals at today’s Pan American Championships, winning three in Greco-Roman and four in women’s freestyle on Friday in Guatemala City.

Welcome to the first podcast on InterMat from Fantasy College Wrestling. Tony and Todd have already collaborated to produce plenty of content here with their 2021 Fantasy weight class rankings.

Two standout Division I wrestlers made good use of the spotlight when they competed on UFC Fight Pass last weekend.

We will submit visa applications on May 30 for the Poland trip. Hopefully, we will get the visas in a few days.

At the conclusion of day two of wrestling, the U23 Men’s Freestyle World Team Trials semifinals are set. Action will resume tomorrow morning at 10 a.m. CST and run through the finals, with the ten weight class champions earning the right to represent the U.S. in Belgrade, Serbia this November.

The round-of-16 is set after the first session of wrestling at the U23 Men’s Freestyle World Team Trials. This afternoon’s session begins at 4:00 p.m. CST, and will wrestle through the quarterfinals.

National Girls High School Rankings released for May, as nine new wrestlers move up to No. 1 spots – TheMat.com

USA Wrestling, FloWrestling and the National Wrestling Hall of Fame and Museum has published its seventh national rankings for high school girls wrestlers for the 2020-21 season.

The United States Greco-Roman Seniors are going to come away with the team title at the Pan-Ams.

Connecticut Wrestling Online was recognized by the Connecticut chapter of the Society of Professional Journalism Thursday with an 2020 Excellence in Journalism award.

The NC State Wrestling team got together one final time to celebrate the 2020-21 season. The Pack won its third straight ACC Championship, and also recorded its second-highest finish at the NCAA Championships, sixth place with a school-record four All-Americans.