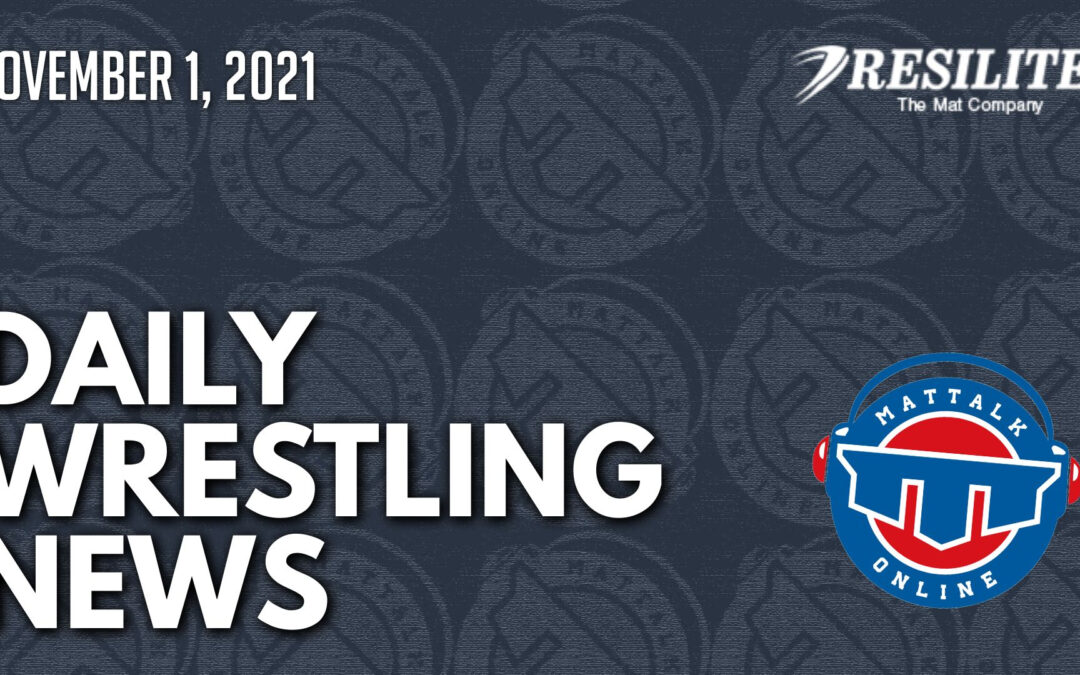 The United World Wrestling held its Congress Sunday and Nenad LALOVIC was re-elected as the President of UWW along with six bureau members in Belgrade, Serbia.

After a 12-month delay, the United World Wrestling held its congress Sunday, on the eve of the U23 World Championships in Belgrade, Serbia.

Some were stars, some were looking to be. There's no greater roller coaster of emotions than losing a close one in the quarters. Get a win their and you're guaranteed to place and need just one win to be featured in the finals.

What Is The Purpose of Competition In The Sport of Wrestling? | Rokfin – School of Wrestling

In this episode we discuss competition in the sport of wrestling. Enjoy!

The Midshipmen have four key returners, all of whom are returning NCAA Qualifiers. Cerniglia and Key were freshmen last season, looking to return to the championships as sophomores. Allen qualified last year at the 133lb weight class, while Koser finally got to compete after being an alternate the year prior. The experience of these guys will lead the team this season.

The U23 level has presented problems for the USA Greco program in the past. Is this the year that changes?

Tokyo silver medalist wrestler Ravi Dahiya has been nominated for the prestigious Major Dhyan Chand Khel Ratna award for the year 2021, but according to a report, he has some reservations about the same. It seems that Dahiya has written a letter to the WFI, sharing his reservations.

Kolby Franklin, one of the top-ranked upperweights in the nation, has committed to wrestle for the Iowa Hawkeyes.

Presbyterian College started its wrestling program in the Fall of 2018. Beginning its third year of competition, the Blue Hose have welcomed Zack Sheaffer to their coaching staff as the head coach of the men's and women's programs.

The Greco-Roman draw has been announced for the 2021 U23 World Championships. The ten U.S. athletes have officially received their first opponents for the tournament.

The Boys Middle School and youth divisions champions were crowned on Sunday at the Brian Keck Preseason Nationals.

The progression of an athlete is sometimes hard to notice until there is a step up in competition. Cleaner technique doesn’t tell the story, nor do slight changes in physical appearance.

Sydney Perry of Illinois won a battle of nationally ranked stars in the 138-pound finals and was named Outstanding Wrestler in the Girls High School division at the USA Wrestling Brian Keck Preseason Nationals on Sunday afternoon.

Column: Thank you, Cedar Valley, it's been a honor serving you | Half Nelson, Half Fiction | wcfcourier.com

Ibowled a 620 series Thursday with a high game of 234. It was my fourth straight 600 series in the VP3P Thursday morning league at Maple Lanes.

Mikey England wins 6-4 over Gerald Harris in our twelfth match up of the night in the StaleMates II at the Elwell Family Food Center at the Iowa State Fairgrounds.