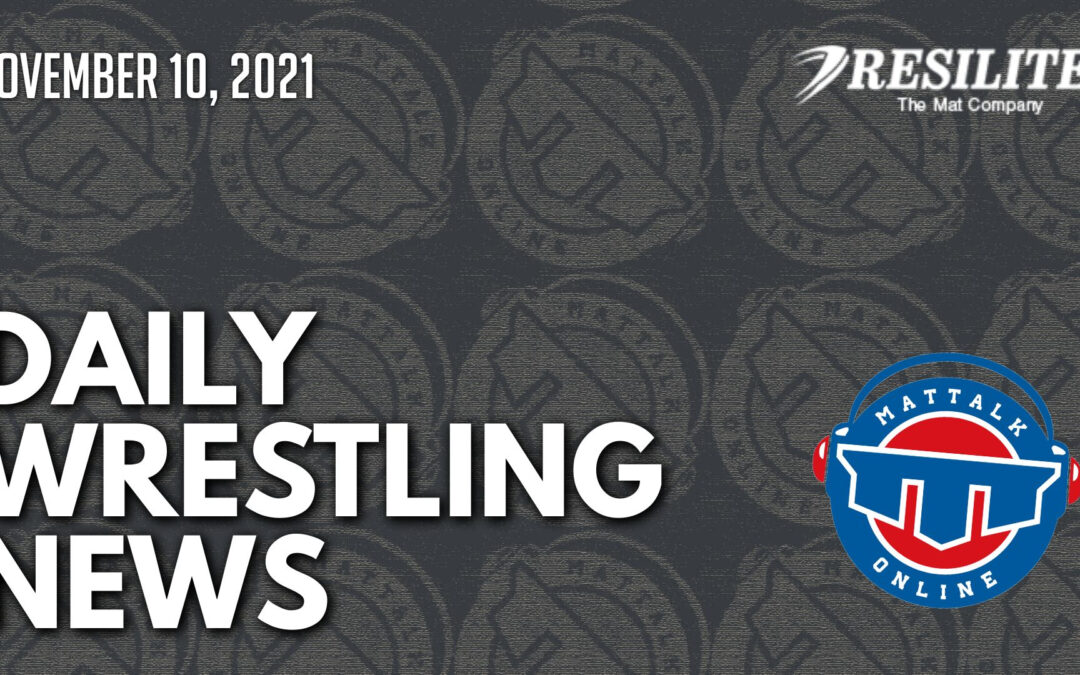 This is the final chapter of Lloyd “Butch” Keaser story, a post-world championship career and a post-Olympic existence.

The Waldorf Men's Wrestling Team scored three individual victories, but it was not enough to defeat visiting William Penn, who defeated the Warriors by a score of 39-11 at the Hanson Fieldhouse Tuesday.

In a sport typically deemed for boys, Western Wayne has expanded its wrestling program to include a girls' team and the interest is already there.

The Levendusky family made their submission video for Family Feud mostly as a joke – that was until they got a call back for a follow-up interview. Now, they’re about to be on TV with a stint on Family Feud coming up this month.

As we enter the 2021-2022 NCAA Division 1 season, check out which colleges have the longest, active dual meet winning streak

Luge Geog, the #45 recruit in the class of 2022, has made his college commitment.

It's a natural instinct for a wrestler: When all the conditions are right, you strike. Make your move and don't hesitate.

Koy Buesgens of New Prague has made a verbal commitment to wrestle for North Carolina State University in 2023.

The Daily Iowan | Point/counterpoint | Who will Iowa men’s wrestling start at 184 pounds?

Two DI staffers debate which of Iowa’s 184 pounders is the most skilled.

Last May, the Owatonna athletics and activities department was pleased to announce the hiring of former Husky, Derek Johnson as the new Head Wrestling Coach at OHS.

The Maine Principals' Association informed schools last week that wrestlers must be vaccinated. Now the organization is reconsidering its stance, with the start of the season less than two weeks away.

The Fighting Illini wrestling team has withdrawn from a scheduled appearance at the Mountaineer Invitational in Boone, North Carolina, on Sunday, Nov. 14, due to COVID-19 issues within the Illinois program

The NCAA is setting the stage for a dramatic restructuring of college sports that will give each of its three divisions the power to govern itself.

It was a slow start to the Division I wrestling season in terms of dual meets as just a handful of teams competed in the opening week of the season. Ohio State’s 23-12 win over North Carolina highlighted the action in the only matchup between ranked teams. It provided the slighted of the movement as the new NWCA Division I Wrestling Coaches Poll was released on Tuesday.

To wrestle in this current environment, one must confront opponents, both those seen and unseen. Unseen is the warrior of one’s conscience: should I shake hands before and/or after we do battle?

Thor Masters, Denmark’s grand annual event, is normally held in the winter but 2021 offered an exception. Rather than March (or even January, ala ’20), it was mid-September this time around, which for some athletes fit quite nicely as a pre-Oslo warm-up tournament.

The Elmira College women's wrestling program made its home debut on Tuesday in front of a packed Speidel Gymnasium. Despite dropping a 23-13 decision against Brewton-Parker, the Soaring Eagles gave those in attendance plenty to be excited about moving forward.

Chrystal’s Bar and the Redfield Wrestling Club are offering a one-of-a-kind season-long student promotion for the 2021-2022 Wrestling Season.