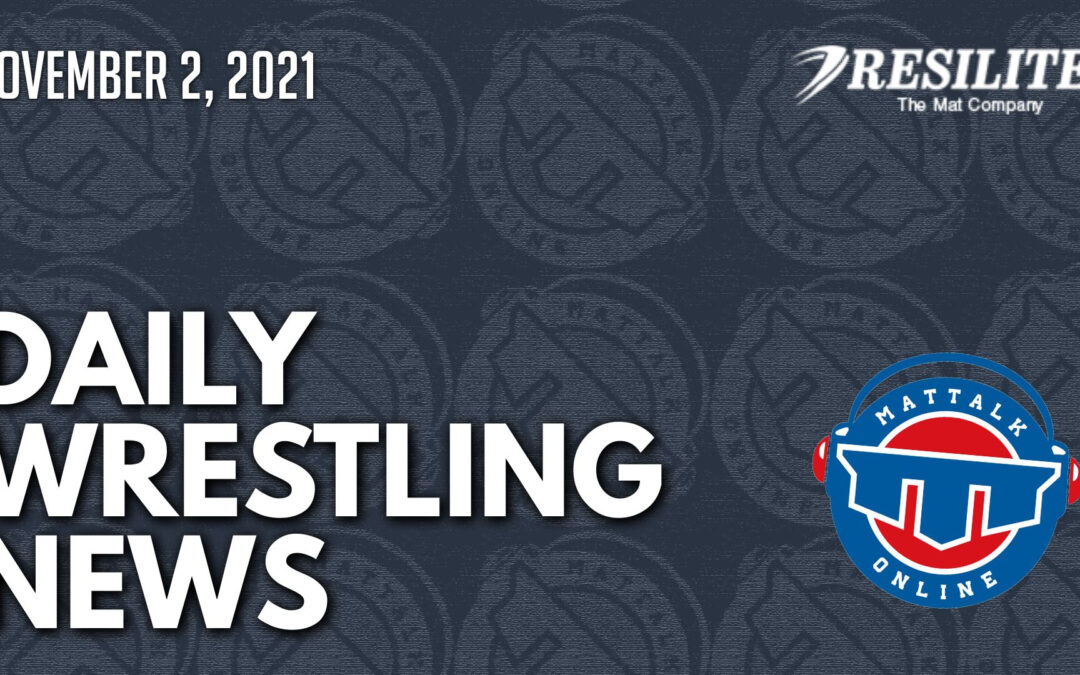 A donation from a former Grand Valley wrestling star and member of its Athletic Hall of Fame is laying the foundation for the return of varsity wrestling to the university after a nearly 30-year hiatus.

Badgers take down the Bulls in home opener | Wisconsin Badgers

No. 23 Wisconsin opened the 2021-22 season at home in a much-anticipated dual match against Buffalo on Monday night. The Badgers brought home the 30-3 team victory including three major decisions and standout performances by true freshmen on the starting roster.

The No. 14 North Carolina wrestling team collected two dual wins to open its 2021-22 season Monday in Carmichael Arena. The Tar Heels notched a 29-6 victory over Life University before taking down Queen's University 48-0 later in the evening.

He already has one under his belt, and now Taylor LaMont (55 kg, Sunkist/UVRTC, 5PM #2) is staring at an opportunity to double up right out of the gate.

Tonight, just as Buffalo and Wisconsin were getting ready to compete on day one of the 2021-22 season, one of the top recruits in the Class of 2023 flipped his commitment. Christian Carroll (New Prairie, IN) announced on social media that he was committing to the admissions process at the University of Pennsylvania.

100% COMMITTED!!! These were the words that the three-time NYSPHSAA Large School State medalist/2x DI runner-up from Rush-Henrietta [Jayden Scott], used when announcing earlier today (via IG) his plans to pursue higher education and wrestling glory in Chapel Hill at the University of North Carolina.

The Sun Devils are set to compete in the annual intrasquad meet on Nov. 5 and open up the season at the Mountaineer Open on Nov. 14

A panel responsible for resolving lawsuits against the state of Iowa agreed Monday to pay nearly $400,000 in attorney and expert witness fees as part of a settlement in a lawsuit in which University of Iowa officials reversed a decision to eliminate women's swimming.

Growing up in the small military town of Atwater, located in the central valley of California, UNC wrestling assistant coach Jamill Kelly didn’t always have wrestling at the front of his mind, but he knew he wanted to compete.

One day after his team’s last competitive season ended on March 1, 2020, coach Jamie Miller said, “Training for next year starts today.” Of course, due to the pandemic, that turned into a 19-month layoff that will end this weekend in the Ned McGinley Invitational at King’s College.

Rob Koll, the former long-time Cornell coach, is aware of Stanford’s expectations after hiring him this spring.

Tony Rotundo is one of the top wrestling photographers in the game, if not the best! He’s photographed the Olympics, World Championships and NCAAs, among many other events.

Complete list of USA Wrestling sanctioned events for the next three months, as November 1, with 57 new events – TheMat.com

Chadron State College men's wrestling opened the season on Monday with lots of points and plenty of pins, defeating Northeaster Junior College 43-0 in a dual at the Chicoine Center.

Friday Night Duals on ACC Network returns for a third season in 2022 with five straight weeks of action – TheMat.com

Taylor Lamont (55 kg) will wrestle for a bronze medal in Tuesday’s Greco-Roman medal round, as the second session of the U23 World Championships wrapped up on Monday night.

Hunter Garvin grew up less than five miles from Carver-Hawkeye Arena, 90 minutes from the West Gym in Cedar Falls and two hours from Hilton Coliseum in Ames, but he decided on Monday that he’ll be leaving his home state for college.

Morgan State University is making history, bringing back its Division I wrestling program after a 24-year hiatus. It’s a plan Edward Scott, the vice president and director of intercollegiate athletics, says they’ve been working on for a while now.