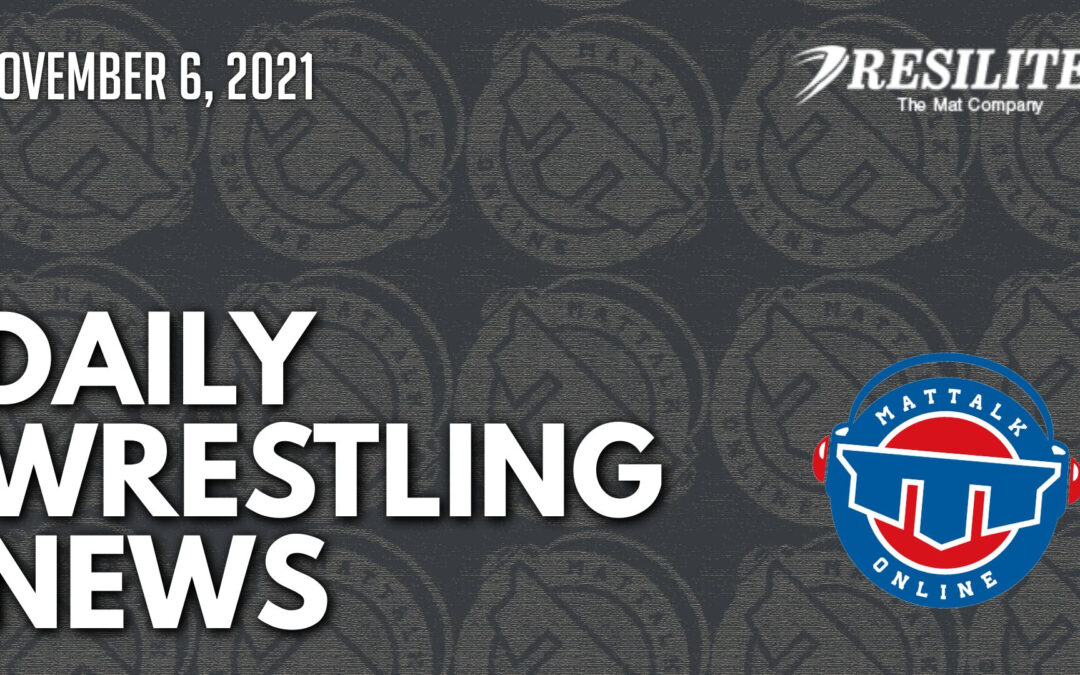 Alina AKOBIIA (UKR) has made four trips to the U23 World Championships but never returned with a gold medal.

stling's countdown of the Top 100 American wrestlers of all time begins with 100-91.

The No. 11-ranked Indiana Tech women's wrestling team kicked off its second season with a resounding 48-0 win over No. 19-ranked Lourdes University Friday evening inside the Russel J. Ebeid Recreation Center.

The U.S. women’s freestyle team finished third in the team race at the 2021 U23 World Championships. Kayla Marano took fifth at 72 kg as Friday night’s medal match session wrapped up women’s freestyle competition at the event.

It’s been 12 years since Nebraska’s last top-five finish at the NCAA Championships.

Technically the DI season started on Monday as Buffalo, North Carolina, and Wisconsin were in action. Campbell and Gardner-Webb have since hit the mat, as well.

After a 2021 NCAA tournament defined by three intense, momentum-building sudden victory championship finals, it’s only appropriate that the NCAA would spend time evaluating overtime rules to make sure that this intensity and excitement continued to be on display in the years to come.

Oscar Wood is one of the original Kings of Fargo, being the first person to win four junior greco national titles, after Alan Fried won 4 freestyle titles in the 80s. Oscar went on to wrestle at Oregon State where he was a two-time All American. In 2004, Oscar competed in the Olympics in Greco, after he won the 2004 Olympic Team Trials.

The University of Iowa Athletics Department announced Thursday that season tickets for the 2021-22 Hawkeye wrestling season are sold out.

Surrey, B.C.’s Ana Godinez Gonzalez is coming home a World Champion after taking the title at the U23 World Championships in the 62 kg weight category. She is joined by Cornwall, PEI’s Hannah Taylor, who won a bronze medal earlier in the day at 57 kg.

Kawa: What you learn in wrestling will greatly help later in life – WIN Magazine

My personal pursuit for excellence is rooted in wrestling and the lessons learned on the mat really helped to shape my vision and entrepreneurial journey.

Judging by the leaves on the ground, the gray skies, it appears wrestling season is upon us. The last time we started in November, the Washington Nationals were still pouring champagne over each other and we can all agree that feels like a lifetime ago.

Competing in an NCAA-sanctioned team event for the first time since Feb. 2020, No. 6 Stevens Institute of Technology wrestling picked up right where they left off, sitting in first place through the opening day of competition at the Ithaca Invitational.

After being sidelined from competition the past 21 months, SFU came out on attack in its dual meet against Alberta, winning the first two matches in less than 90 seconds and ending the men's and women's wrestling competitions with back-to-back pins.