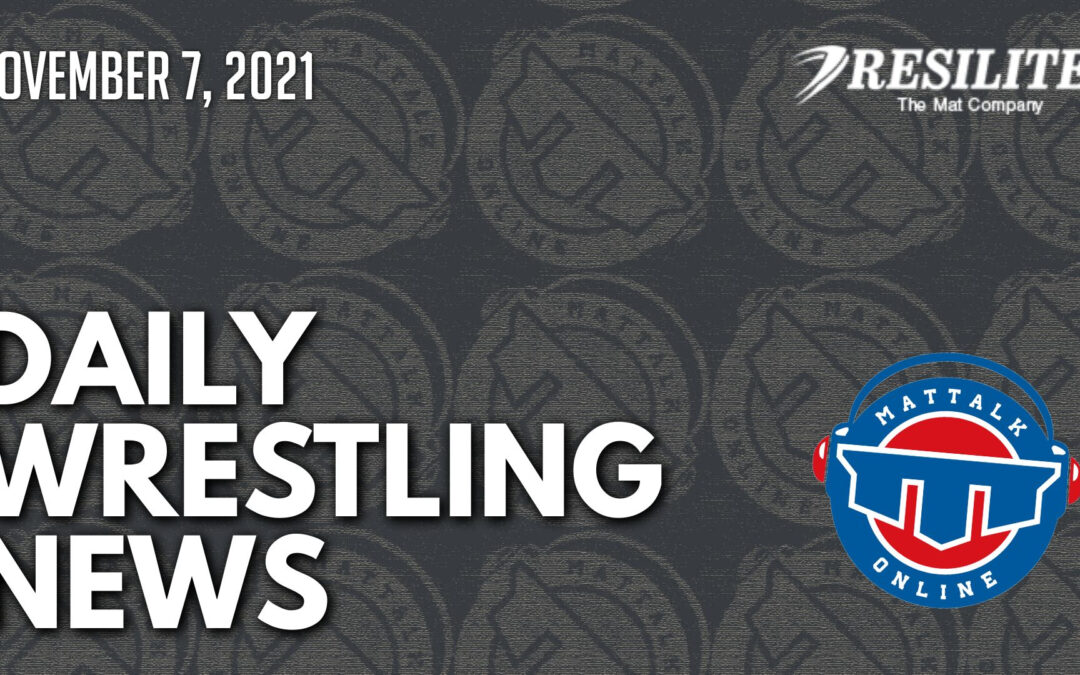 Jason Bryant’s College Wrestling Wrap Sheet is a look at five topics from the world of college wrestling with highlights, things you know and things you don’t. Here’s the five for November 6, 2021.

Last time Vazgen TEVANYAN (ARM) was in Belgrade, he shot to prominence with a gold medal performance at the Individual World Cup.

Aiello wins bronze at 97 kg at 2021 U23 World Championships in Belgrade – TheMat.com

Jay Aiello (97 kg) took bronze at the 2021 U23 World Championships after an impressive 13-2 win against Vasil Pauliuchenka of Belarus in Saturday night’s bronze medal match.

Three Greyhounds earned bracket championships at the Kaufman/Brand Open Saturday, while another nine placed in their respective weight classes.

With 25 pins and seven bracket champions, it's safe to say their first-ever home tournament got the Little Rock wrestling team off to a hot start. But head coach Neil Erisman says it better: “It was pretty stinking cool.”

Campbell defeated No. 16 Lehigh 22-11 before falling to No. 21 Oregon State 23-12 in back to back duals against nationally-ranked opponents Saturday at Gill Coliseum.

The No. 21 Purdue wrestling team closed its east coast trip Saturday with a dominant 33-3 victory at Rider University. The Boilermakers took nine-of-10 bouts from the Broncs, including a pair of falls, improving to 2-0 on the early season.

The No. 21 Purdue wrestling team opened the 2021-22 season with a 29-18 win at Drexel, winning six of the 10 matches to improve to 1-0. Seniors Parker Filius and Michael Woulfe highlighted the dual with falls, while freshman Matt Ramos added a technical fall in his Boilermaker debut.

The Chattanooga wrestling team opened its 2021-22 campaign with a 25-15 victory over Cumberland inside Maclellan Gym on Saturday night.

North Dakota State wrestling opened up the 2021-22 season on Saturday with a dominating 43-3 victory that included three pins and seven bonus-point victories over California Baptist in non-conference action at the Scheels Center in the Sanford Health Athletic Complex.

In the first tournament of the 2021-22 NC State Wrestling season, the Wolfpack claimed six of the 10 weight classes and had 15 top-three finishes over at The Citadel Open. NC State claimed the top three spots at both 197 pounds and heavyweight, and also the top two at 157 pounds.

No. 24 Lehigh opened its season by splitting a pair of duals Saturday night at Gill Coliseum. The Mountain Hawks bounced back from a 22-11 loss to Campbell to take six bouts in a 21-12 victory over host Oregon State in the nightcap. Junior Josh Humphreys' return to the mat was successful as Humphreys posted a pair of bonus wins, including a key first period pin against the Beavers. Senior Jordan Wood also posted to victories Saturday evening.