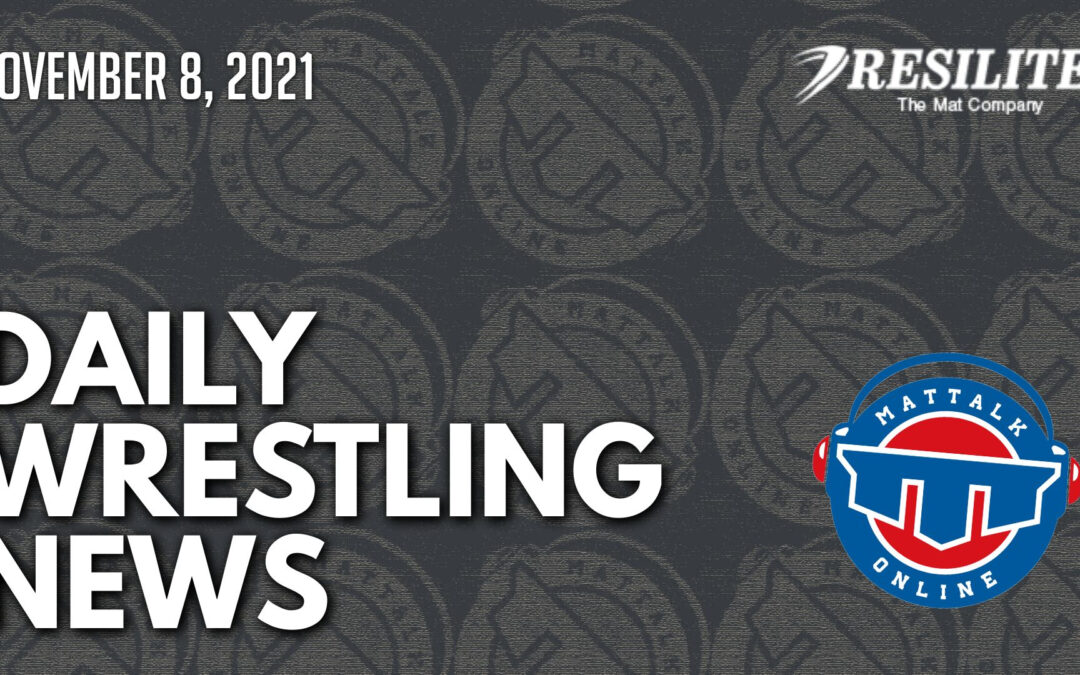 Jason Bryant’s College Wrestling Wrap Sheet is a look at five topics from the world of college wrestling with highlights, things you know and things you don’t. Here’s the five for November 7, 2021.

Six named Outstanding Wrestlers at King and Queen of the Mountain – TheMat.com

USA Wrestling’s Tour of America – King and Queen of the Mountain wrapped up on Sunday upon the completion of the individual competition, which featured more than 500 wrestlers across 11 categories.

How OSU Wrestling Rebounded from Its Own Postseason Ban | Pistols Firing

OSU wrestling bounced back from its postseason ban in a big way.

Tony Cassioppi (125 kg) won the gold medal for Team USA at the 2021 U23 World Championships after pinning Azamat Khosonov of Greece in Sunday night's finals. Cassioppi, who wrestles for the University of Iowa, went 4-0 on the tournament, posting two wins via fall.

TJ Sebolt is the owner and head coach of Sebolt Wrestling Academy (SWA), one of the top wrestling clubs in the country. Sebolt Wrestling Academy has produced the likes of Nathan Jesuroga, Drake Ayala, and Cullen Schriever. As a high schooler, TJ put together one of the most impressive careers in Iowa history, winning four state titles and losing just one match. TJ was the first Iowa high school wrestler to win over 200 matches and won a Fargo title before wrestling at Iowa State for Cael Sanderson for a season.

Five Thoughts on OU at the Michigan State Open – Owrestle

OU wrestled really well at the Michigan State Open on Saturday and crowned three individual champions for the tournament.

Augustana traveled to Stevens Point for an invitational tournament hosted by UWSP. The Pointer Open marked the second event of the season for the men's team and made history for Augie's women. The Viking women's team competed in the first-ever event as a program.

Nick Daggett (125 pounds), Jake Piccirilli (149), Jovaun Johnson (184), Bryce Walker (197) and Zach Shaffer (285) all completed unblemished days on the mat with victories in their respective championship bouts to lead an 18-strong entourage of Braves to the podium on Sunday at the 40th Annual Pembroke Classic.

The Bellarmine University wrestling team began its 2021-22 campaign and the Ned Shuck era with an exhilarating victory over Southern Illinois Edwardsville (SIUE) on Sunday afternoon at Knights Hall. The Knights split its two home dual matches after a loss to Indiana later in the day.

Behind clean sweeps of nine of the 10 weight classes, the Indiana Wrestling team kicked off its 2021-2022 season with a pair of commanding 40-3 wins over SIUE and Bellarmine.

For the first time since the conclusion of the 2021 NCAA Championships, Virginia Tech was back in action Sunday at the Southeast Open in Salem, Virginia. A strong showing saw five Hokies bringing back titles to Blacksburg.

With a late takedown to lock up the win, Columbia Wrestling's Joe Manchio finished off the No. 7 125-pounder in the nation to win the title at the Southeast Open, and along with Joshua Ogunsanya's first-place finish at 165 pounds, gave the Lions a pair of top podium finishes in the first competition of the 2021 season on Sunday at the Cregger Center.

No. 12 Rutgers wrestling (3-0) swept its quad with Binghamton, Cleveland State and NJCU on Sunday afternoon at Jersey Mike's Arena. The Scarlet Knights won 27 out of 30 individual matchups in front of 3,367 fans – the first home event with spectators in attendance since the 2020 Big Ten Wrestling Championships.