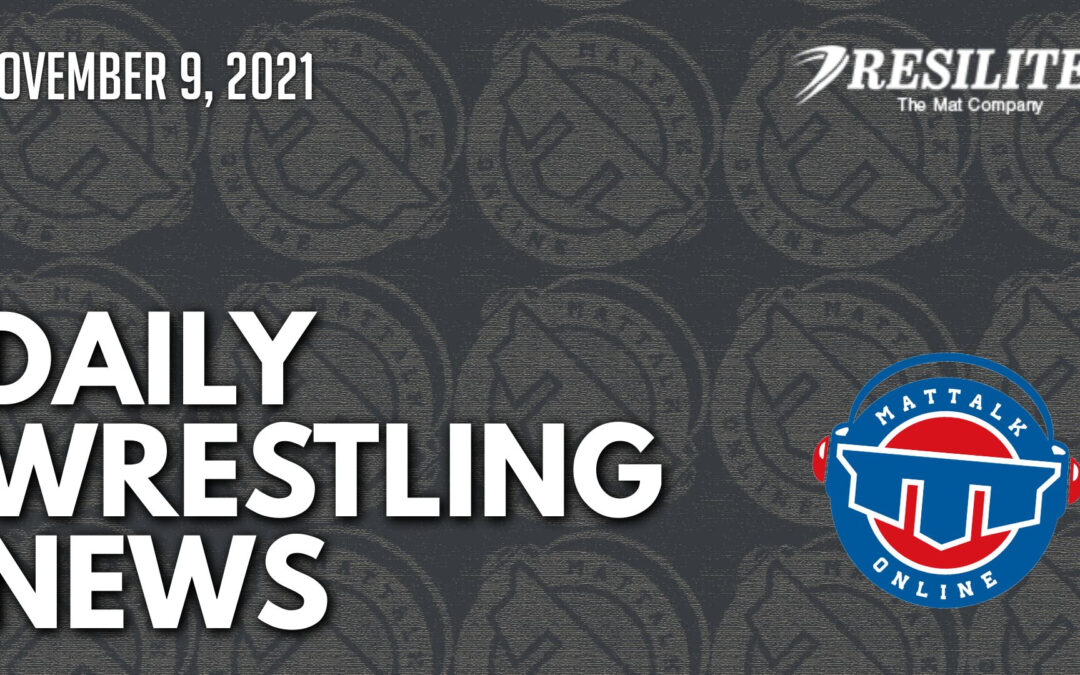 As Russia and Iran battled for the team title, the 74kg final was the perfect stage to decide it. Chermen VALIEV (RUS) was chasing the gold he was denied in 2019 and Mohmmadsadegh FIROUZPOURBANDPEI (IRI) was looking for his debut world title. And they put on a show.

It was a great first weekend of competition for NCAA teams in the Collegiate Women’s Wrestling world.

The first weekend of the collegiate season has come and gone! We all got reacquainted with the multi-tasking skills needed to follow a handful of tournaments and duals streaming from your computer or device(s).

Sun Devils Are On The Hunt For More Hardware – FloWrestling

ASU took a big step last season when it brought home the school's first NCAA trophy in 26 years and the Sun Devils are seeking more hardware in 2022.

Complete list of USA Wrestling sanctioned events for the next three months, as November 8, with 75 new events – TheMat.com

We all saw it! That breathtaking moment after winning the Olympic Gold Medal for women’s freestyle wrestling (WFS), Tamyra Mensah-Stock (TMS) shot through our screens radiating pure joy for her success, her love of America and God.

Opening the 2021-2022 season, the Johnson & Wales Wrestling team took their talents to Ithaca, where they emerged victorious over the two-day event with 154 points as a team, edging out the Stevens institute of Technology who had 152.

Pitt-Johnstown's Caleb Morris garnered the year's first PSAC Wrestler of the Week Award when the conference office announced this week's recipient on Monday.

The Gannon University women's wrestling team, ranked No. 10 in the NWCA Women's Wrestling Coaches Preseason Poll, opened the season with a strong showing at the East Stroudsburg University Open

Penn State wrestling’s four defending national champs were brimming with confidence on Monday during the team’s first virtual media availability of the 2021-22 season, ahead of the Nittany Lions’ opening duals with Sacred Heart and Oregon State on Saturday in Manheim.

Few things get Rec Hall rocking like a Penn State takedown, but wrestlers like Roman Bravo-Young use their athletic ability to impress the crowd even further, making their highlights must-see action.

Wrestling coaches across the region overwhelmingly support the punishment handed down to Bishop McCort Catholic by the District 6 executive committee, according to one outspoken coach.

The Lions return four NCAA champs to a lineup that some wrestlers believe could be the best in school history.

The big guys made quite an impression. With pins and rematch wins, Clarion-transfer Greg Bulsak (197) and heavyweight Boone McDermott drew their share of cheers as Rutgers went 3-0 in Sunday’s opening quad meet.

The 12th annual Southeast Open Wrestling Tournament made a triumphant return after being canceled in 2020. The 12-mat event opened at a new venue this year– the Cregger Center at Roanoke College as the ODAC member school debuted its wrestling program.

Let’s just say Ned Shuck doesn’t like easy. His first year, first schedule as the First Knight would bring nightmares to every armor clad hero this side of El Cid.