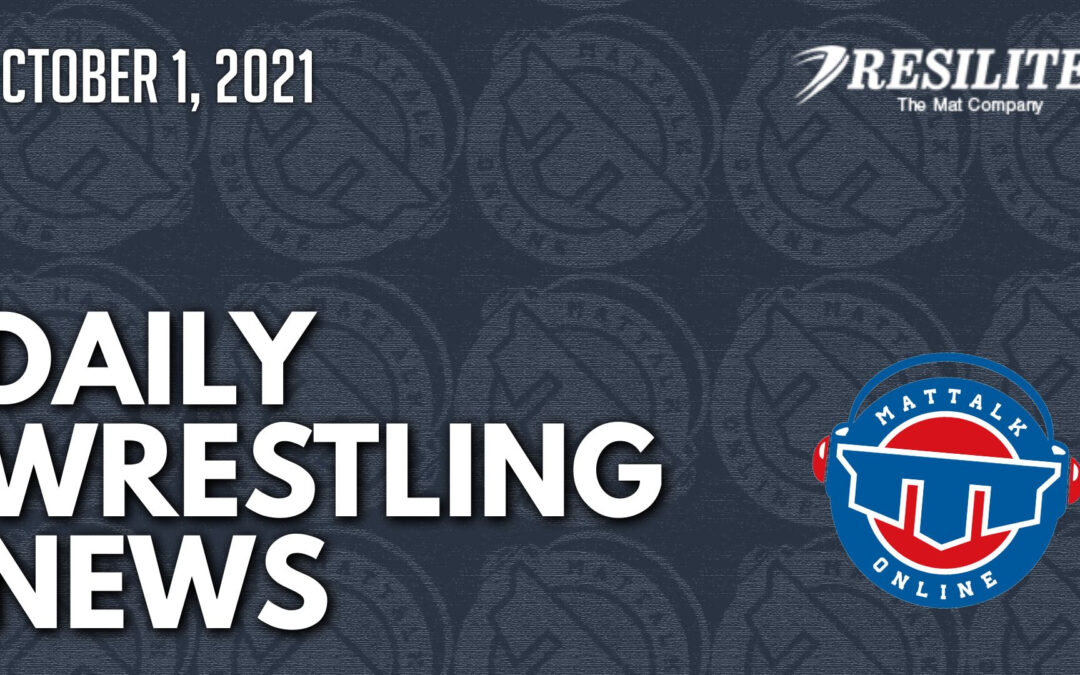 The National Wrestling Hall of Fame and USA Wrestling are excited to announce that their “Etched In Stone – Stories of Wrestling Legends” podcast featuring World Champion, Olympic silver medalist and Distinguished Member Lloyd “Butch” Keaser will launch on Thursday at etchedinstonepodcast.com.

Recruiting season is in full swing for the Purdue wrestling team and head coach Tony Ersland pulls back the curtain a bit to talk about the process, the visits and everything that goes with it for the Boilermakers.

Getting Stronger, One Wrestler at a Time – The Guillotine

When Keith Hanson took over as the head coach of the St. Peter Saints' wrestling program in 2002, the program was low on numbers and struggling. Without much in the way of assistant coaches, Hanson slowly started re-building the program. About the same time Hanson took over, young Ryan Timmerman would start his St. Peter’s wrestling career.

When I won my Florida State Title in 2001, I fought against the stigma that my championship “did not count” because Girl’s Wrestling was not a sanctioned sport.

Heart and desire. Those two words may seem like cliché descriptors of any championship athlete, but for 2021 NCAA champion Shane Griffith and his Stanford teammates, they represent the two traits that pulled them through a year full of adversity that resulted in a dramatic and influential wrestling title.

Bo Bassett (@BoBassett06) is a Cadet World champion, and the pound for pound best 8th grader on the planet. This fall, he’ll be shooting to become just the 3rd wrestler to win a Super 32 high school title as a middle schooler. This past summer, Bo dominated at the 2021 UWW Cadet World Championships, winning the 45kg title by pinning his Russian foe in the finals.

Mark Hall may not have known it at the time, but he was the driving force behind one of the biggest wrestling tournaments in the country.

NCAA qualifiers Ben Barton and Brent Moore, who are also past conference champions, have transferred to Mid-American Conference schools.

The schedule is set for the 2020 Ivy League champion Princeton wrestling team, and the Tigers have put together a challenging slate from early-season tournaments to top-ranked teams and longstanding rivalries.

Mizzou Wrestling will face off against 10 Big 12 Conference foes during the 2021-22 season in its return to the league as the Tigers revealed their schedule Wednesday. Head coach Brian Smith's squad will begin its season Oct. 26 with the annual Black and Gold Scrimmage inside the Hearnes Center. Fans can purchase season tickets today by visiting MUTigers.com/TigerStyleTix.

Fans of American University wrestling have plenty to be excited about with the release of the 2021-22 schedule that features eight home dates and 10 total opponents including matchups with Ohio State, Rutgers, Virginia and Maryland.

Keiser wrestling announced its 2021-22 schedule on Thursday, with a slate that includes three opens, three home duals, and nine away duals.

Scott Mayfield heads into his fourth year of coaching the upstart Warner wrestling program. In his second season, they got the program’s first state qualifier ever on the boy’s side with Brody Cannon and a state placer in the nonsanctioned girl’s tournament with Tori French, who finished as a state runner-up.