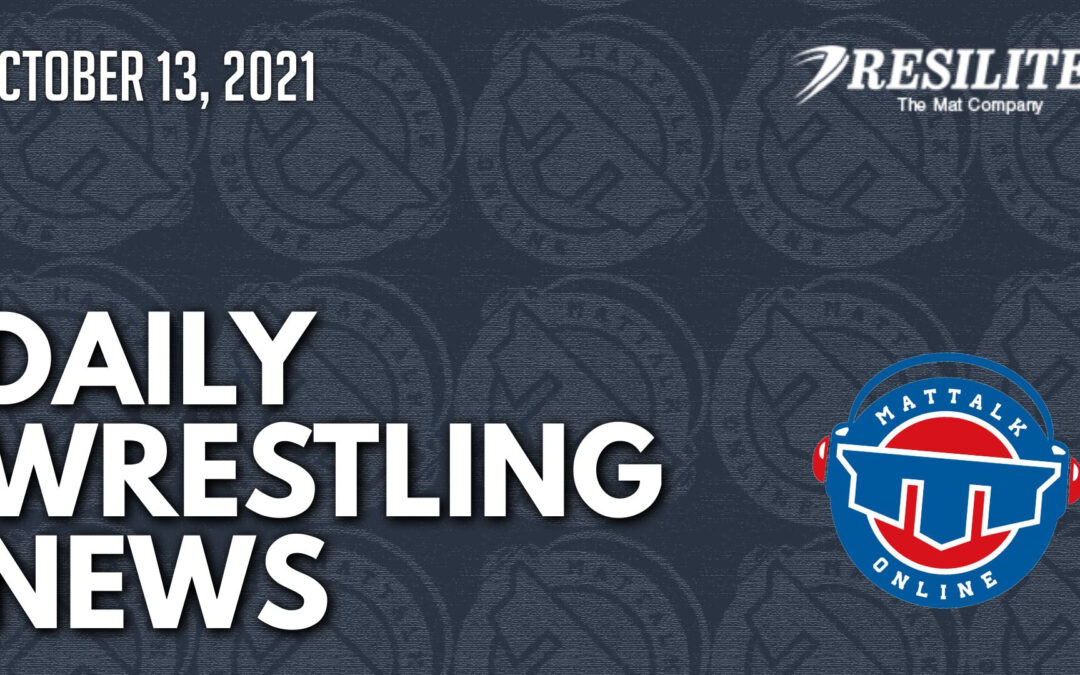 Bout at the Ballpark Wrestling Doubleheader with Oklahoma State vs. Iowa and the USA vs. Iran at Globe Life Field, Feb. 12 – TheMat.com

A unique wrestling doubleheader featuring the top teams in both NCAA and international competition has been scheduled for Globe Life Field on Saturday, February 12, 2022.

The top storylines to follow this college wrestling season | NCAA.com

NCAA.com‘s Michella Chester and wrestling reporter Shannon Scovel preview the upcoming 2021-22 college wrestling season, including who's returning and what storylines to watch.

Hall of Famer Chuck Jean passed away on September 29, 2021. He was 72 years old. A native of Albert Lea, Minn., Jean was a Minnesota state champion and four-time college national champion. He was inducted into the Minnesota Wrestling Coaches Association Dave Bartelma Wrestling Hall of Fame in 1989.

A corner being turned in Boiling Springs, more guys to get excited about, and the news dumptruck empties this week.

Tom Brands and the Hawkeye wrestling program have planted their flag all over the state of Iowa during the past month.

Rochester University Athletic Department is excited to announce the addition of women's wrestling beginning in the fall of 2022-23.

As a standout wrestler for Lock Haven University (2015-2020), Coach Shoop is excited for the opportunity to coach at a Division I Wrestling Program, similarly in the MAC Conference.

Travis Hammons is the head coach of the Harvey Twisters, one of the most successful youth clubs in Illinois history. Travis wrestled for the Twisters and longtime head coach, Quintroy Harrell, before winning an Illinois state title as a senior. By virtue of Travis’ state title in ‘05, he became the first Chicago Public School wrestler to win a state title in 25+ years. Two weeks later, Travis won the NHSCA senior nationals and eventually would win an NJCAA title as well.

Hancock gets bronze medal in Greco-Roman at Senior World Championships; Vera not eligible for repechage – TheMat.com

2020 Olympian G’Angelo Hancock put together a tournament to proud of after winning a bronze medal at 97 kg in Greco-Roman on Saturday evening at Jordal Amfi.

Jacobe Smith faced off in his first-ever MMA fight on Friday night at XFN 374 against Roderick Stewart.

After a CRAZY few weeks, it felt good to have some Coffee Talk and we brought Penn State hammer Greg Kerkvliet on with us as we talk about Men's Freestyle at the World Championships just a little bit and dive in to Greg's past year and the upcoming season.

Director of Athletics John Sutyak has announced the women's wrestling coaching staff for the season, with Logan Meister '17 and Jared Costa taking on shared duties with both of Ferrum's men's and women's wrestling programs.

The George Mason wrestling team is set for a challenging 2021-22 season, its third in the Mid-American Conference. The schedule includes 16 duals, with Mason hosting eight duals in Fairfax. The Patriots will also compete in five tournaments during the season.

How many of us have waxed nostalgic, wondering what it would've been like if we'd gotten one more chance? A do-over, a second bite at the apple, another opportunity to achieve our dreams. For most this is nothing more than a hypothetical, but for Purdue Wrestling's Max Lyon and Devin Schroder, it's a reality.

The University of Maryland wrestling program announced its 2021-22 wrestling schedule on Monday.

The Limestone University Athletics Department and interim head men's wrestling coach Chris Basford have announced that DeAndre' Johnson, the 2017 NCAA Division II National Champion at 157-pounds for the Saints, has rejoined the program as the assistant men's wrestling coach.

The Parkside wrestling program and first year head coach Nick Becker have announced the addition of eight student-athletes to 2021-22 roster.

Fredericton, New Brunswick’s Samantha Stewart is coming home with a special souvenir from the World Wrestling Championships in Oslo, Norway (Oct. 2-10). Stewart had a tremendous tournament and captured a bronze medal in the women’s 53kg weight class. She capped off a solid Canadian team performance from the event.

Mohammadreza GERAEI (IRI) ended the World Championships just as did at the Tokyo Olympics two months ago. At the top of the medal podium.

Victor CIOBANU (MDA) got off another of his flashy big-point throws, and this one helped make the dynamo the first world Greco-Roman champion in Moldova history — while preventing another former Soviet republic from getting its first.

Denied a chance to go for a third Olympic gold earlier this year, Roman VLASOV (RWF) made sure he would not miss out on a third world title and first in six years.