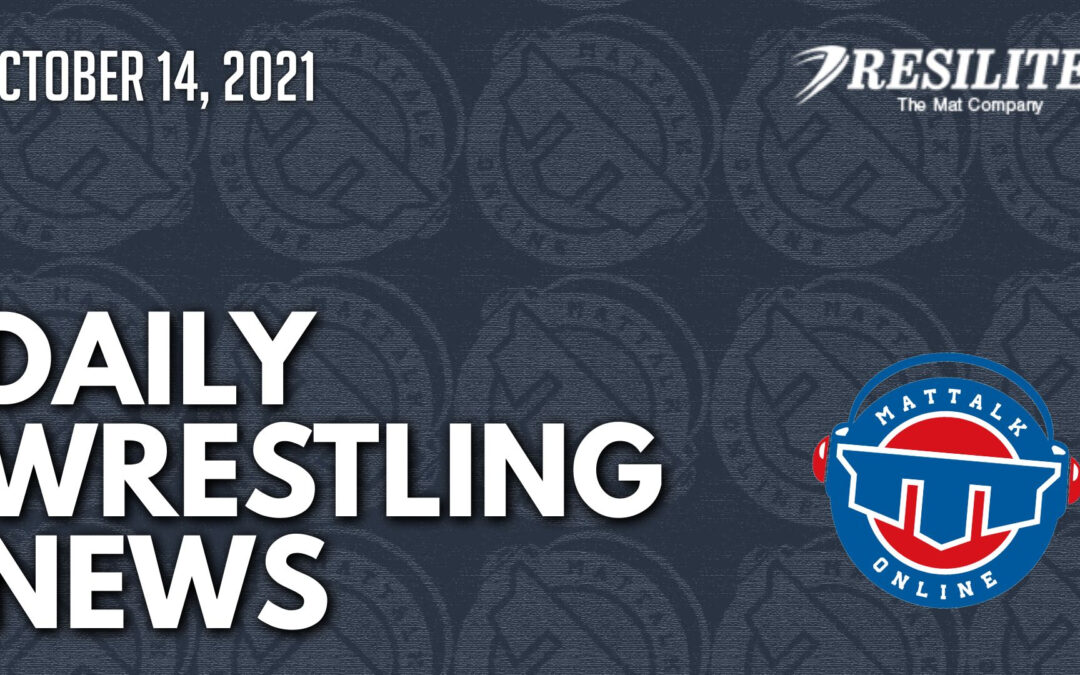 Shomari Rozier joins Chad for this podcast. Shomari and Chad were college rivals – Chad at UT-Chattanooga and Shomari at Appalachian State (Both were NCAA Qualifiers). In this episode, they look back at their rivalry, the strong bond a rivalry creates and how wrestling has impacted Shomari's life.

Hispanic Heritage Month: Six women who have made an impact on USA Wrestling – Themat.com

USA Wrestling continues its celebration of Hispanic Heritage Month spotlighting Hispanic leaders and members of the wrestling community who have made an impact both on and off the mat. This week, we take a look at six women’s freestyle wrestlers who have been trailblazers in the sport.

The U.S. Veterans World Team is set to compete at the 2021 Veterans World Championships in Loutraki, a seaside town in Greece on the golf of Corinth. The event, which takes place October 19-24, will feature a large group of American wrestlers who are all 35 years old and above.

The Bellarmine University wrestling team unveiled its 2021-22 schedule with the season beginning on Nov. 7.

InsideCoWrestling sat down with Head Men's Wrestling Coach at Colorado Mesa Chuck Pipher at the Steak & Crab Fundraiser. Coach Pipher is in his 15th year as head coach at Mesa and is a member of the over 30 years coaching club.

Millikin wrestlers had the opportunity to make a difference in the way the Decatur Police Department approaches public safety earlier this week.

G’Angelo Hancock (97 kg, Sunkist, 5PM #1) had willfully carried the burden, listening to and reading and thinking many of the same things as the outsiders who have spoken his name.

These true freshman college wrestling contenders have the best chance to win a title this season | NCAA.com

Oklahoma State’s AJ Ferrari has become known most prominently for his brand off the wrestling mat — from nicknaming himself Mr. Fast Twitch to flexing on ESPN — but on on March 19, 2021, Ferrari became just the 19th true freshman NCAA champion. His win showed that he’s more than his social media personality. He’s a winner, and he’s capable of building a legacy, even at his young age.

I try to touch all the bases when it comes to various heritage months or holidays and their ties to Oklahoma State wrestling. One I’ve yet to hit is October’s Italian-American Heritage Month.

This week’s edition of Weighing In with David Mirikitani: Episode 216 has been posted and can be viewed on Youtube.

Northwestern wrestling announced its 2021-22 schedule on Tuesday, as head coach Matt Storniolo's program looks to build off one of the most impressive seasons in program history.

Did you know that raptor trainer, master builder, Star-Lord, Chris Pratt was a wrestler? That’s right, the blockbuster movie star, most known for his role as Peter Quill in Guardians of the Galaxy, wrestled at Lake Stevens High School in the 1990’s.

Following a national search, the St. John Fisher College Department of Athletics is excited to introduce Ryne Morrison as the newest head coach of its wrestling team as the Cardinals gear up for competition in 2022 following a 38-year hiatus.

5th year program Averett is set to have a monumental season returning all 10 starters, including 6 wrestlers who have been ranked in the top 12 & 3 All-Americans.