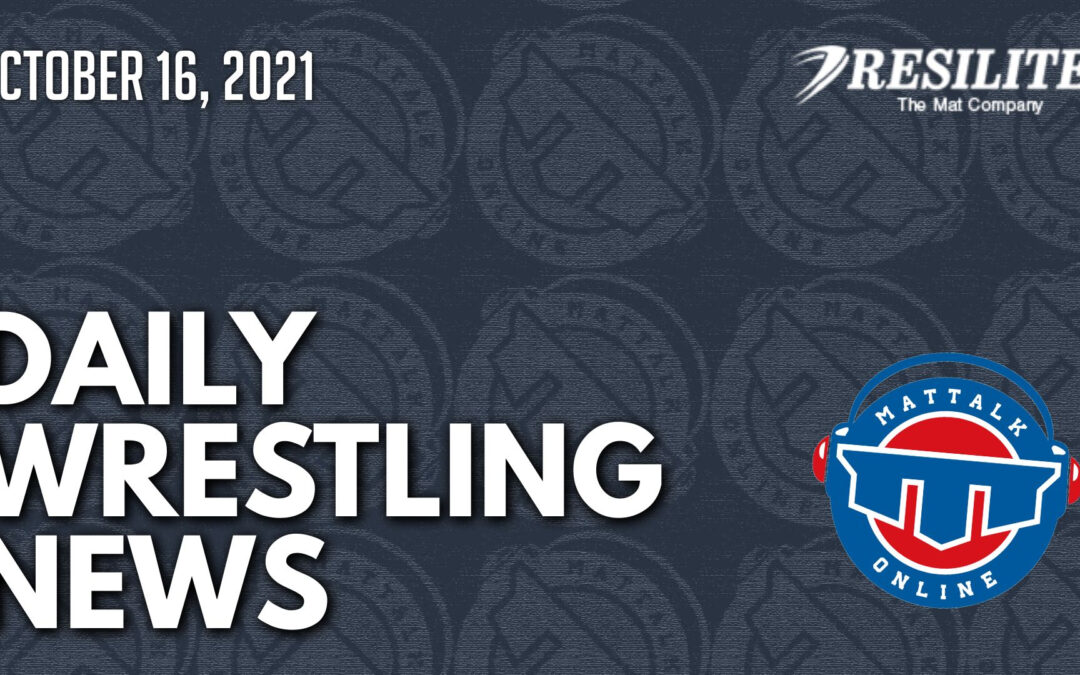 Tony Rotundo on a first trip to Fargo, isolated in Tokyo and open in Oslo | Mat Talk Podcast Network

Wrestling photographer Tony Rotundo joins the Short Time Wrestling Podcast on Friday, October 15 at 1 p.m. Central to talk about a unique trifecta of wrestling trips. Tony's an award-winning photographer and former wrestler and coach who got back into the sport via photography about 15 years ago.

The Purdue wrestling team officially started its 2021-22 this week and the Boilermakers are only three weeks out from their first competition of the year. Head coach Tony Ersland talks through the team's early training and progress in addition to a few events on the horizon.

Taylor County is the first school district in the state of Kentucky to fully fund its women’s wrestling program.

University of Health Sciences and Pharmacy in St. Louis welcomes August Wesley as the head coach for the inaugural intercollegiate wrestling program to begin in 2022-23.

Wrestling Canada Lutte (WCL) is announcing the resignation of Tonya Verbeek as head coach, effective October 15, 2021. Verbeek has been with the organization since retiring as a competitor in 2012. She was a significant contributor to many of the national program’s successes during that time.

Waynesburg junior state champion Mac Church was looking for the best possible fit, personally and on the wrestling mat, and found it at Virginia Tech. Church locked in his commitment Thursday afternoon as part of a busy week for some of Pennsylvania's top prospects.

Daniel Cardenas is one of the top middle-weight recruits in the class of 2022, and until recently, he was planning to take his talents to Ithaca, New York to join the Cornell program. That all changed two days ago when Cardenas announced a new commitment with a post on Instagram

Sam Barber Showed That Opportunities Are A Ride Away – FloWrestling

Sam Barber eventually landed the head job at Air Force, but it took a handful of timely car rides to get there.

The United States is set to send a very talented team of athletes to Mexico City, Mexico to compete in the U15 Pan American Championships, October 22-24.

Data shows that U.S. Olympic and Senior World team performances in 2021 were among the best ever – TheMat.com

The wrestling community had the opportunity to witness one of the greatest performances ever from its Senior-level Olympic and World Teams in 2021. The historic data on Team USA in past Olympics and World Championships clearly indicates that there is much to be proud of from the 2020 Olympic Games in Tokyo (held in August) and the 2021 Senior World Championships in Oslo (held in October).

As the saying goes, the best officials are the ones you don’t notice. Try as he might, though, Ron Ackerman couldn’t escape recognition forever.

The Colonels are excited to compete after only having two dual meets last year. Great combination on seasoned wrestlers and a great recruiting class filled with state placewinners and a few transfers. Should be a very competitive team and one that will look to win the 900th dual meet this season as they sit at 895.