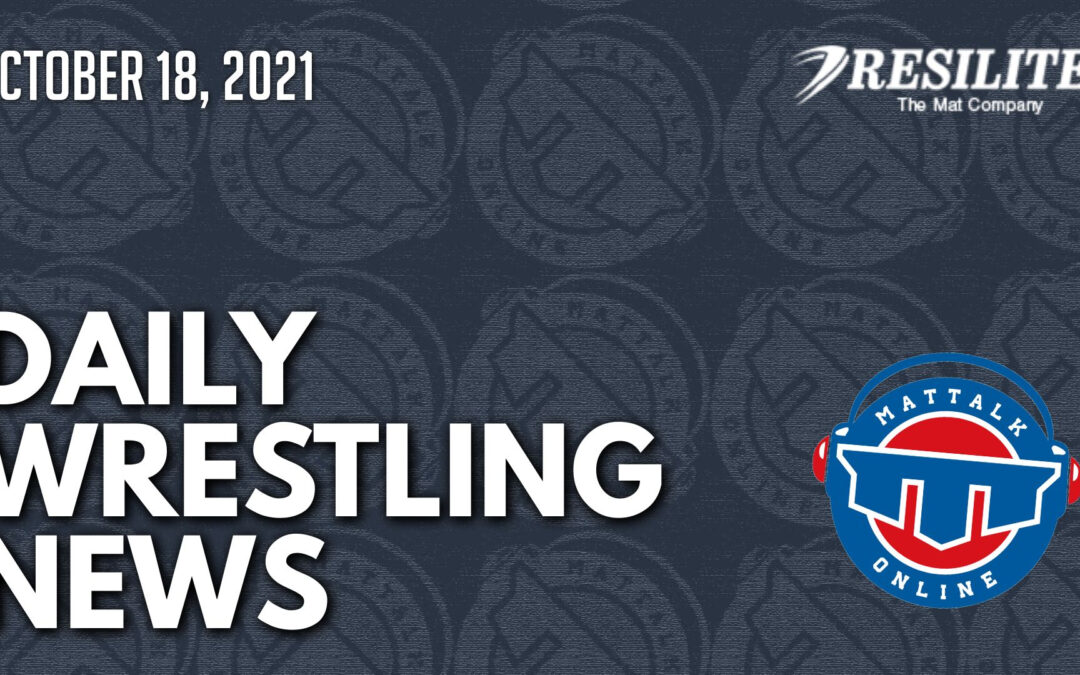 Auggies Preparing For An Exciting Season – The Guillotine

It's been a wild couple of years for the Augsburg University men's wrestling team since its 2019 national championship season – the 13th in the storied program's history.

Coach Brandon Slay just got back from a very exciting trip to Norway, Olso where he coached Penn RTC athlete Jordan Burroughs to his 5th World Championship; the first Penn RTC World Champ!

Just this week the NWCA announced their preseason rankings and the UCO Bronchos come in as the #4 team in the country.

The Central Michigan wrestling team is set to open the 2021-22 season on Nov. 6 at the Michigan State Open, kicking off a challenging schedule.

“This is one of the best returning teams we’ve ever had here, one with lots of experience on the national level. We pushed our training schedule and competition schedule back three weeks to shorten our season and keep our guys physically and mentally healthy. We learned a lot from COVID last year and I think our training plan will help us out in March” – Head Coach Mark Branch.

InterMat has released its preseason All-SoCon first and second teams, along with preseason conference Wrestler of the Year, preseason Newcomer of the Year, and preseason team favorite. We’ve used the term “Newcomer” since there is the possibility of wrestlers that competed at the national tournament in 2021, being called “freshmen.”

We have as much experience on this team as we’ve had in our program in a long time. We are going to need it this year, because this is probably the deepest and toughest NCAA wrestling has ever been.

“It’s Time to Do What We’ve Planned” “We’re excited for how far we’ve come, and to see where we were last year compared to where we are now.” – Gardner-Webb head coach Daniel Elliott

Jenny Wong trained with Terry Brands at the OTC 15 years ago. It left an impression on her in the wake of Iowa adding women's wrestling.

They had not wrestled each other for three years since that night in Budapest but now they faced each other twice in two months.

The Oslo World Championships witnessed a special moment on the penultimate day of the competition when Norway's Olympic medalist Stig BERGE (NOR) announced his retirement from the sport in front of his home fans. The Jordal Amfi arena saw a sea of fans bid farewell to the Greco-Roman wrestler who won a bronze medal at the Rio Olympics 2016.

United World Wrestling has announced seven new members of the organization's Athletes’ Commission. The wrestlers were voted onto the commission by their fellow athletes at the 2021 Senior World Wrestling Championships in Oslo, Norway.