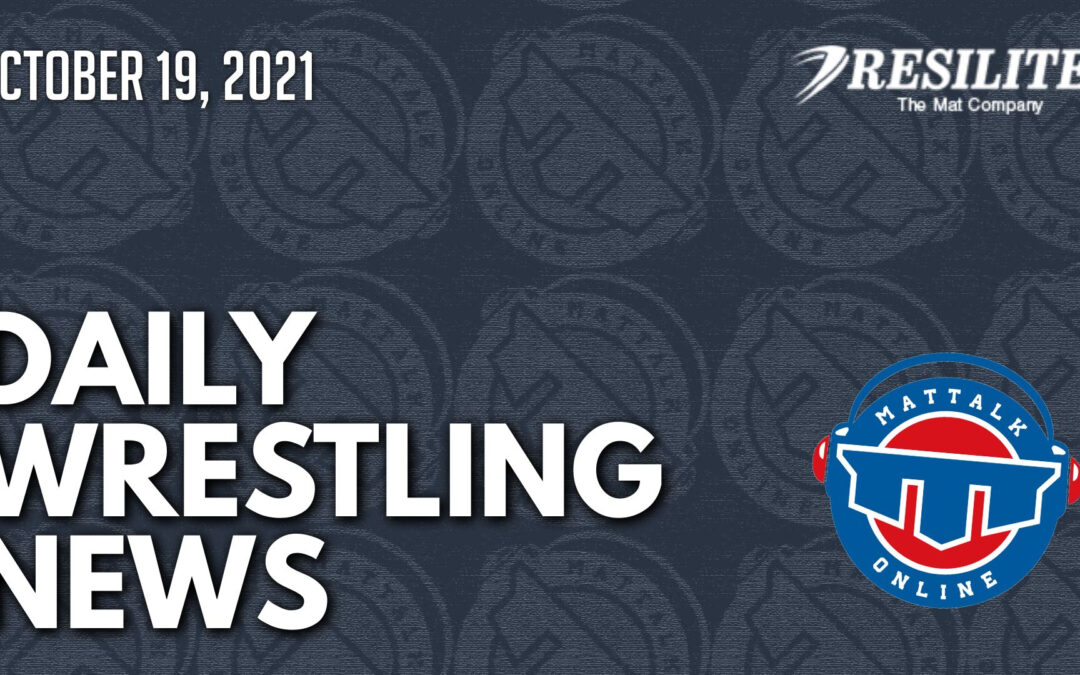 Adeline Gray said she’s seen the situation arise too often. A young girl who wants to try wrestling but is discouraged by those around her — whether it be family, friends or other athletes.

US Olympic medalists deliver message of honesty, vulnerability and hope for the future of women’s wrestling – pennlive.com

Olympic bronze medalist Sarah Hildebrandt pulled back the curtain on the raw moments that followed a crushing semifinal loss in Tokyo. She was moved to tears as she explained the role her teammates played in bringing her back from a loss where she held a 7-1 lead halfway through her 50-kilogram semifinal against China’s Yanan Sun.

Frenchville, Pennsylvania is not exactly a hub for high level athletic performers, but regardless, Mercyhurst University senior Luke McGonigal could not imagine being from anywhere else.

Pre-seeds for the Middle School Division at the Super 32.

Women's freestyle brought home seven medals in their 10 weight classes, and Greco got in on the action as G'Angelo Hancock brought home a bronze at 97kg. The following looks at some of the top statistical performers from the event in both of those styles and tries to identify any trends or patterns in the numbers.

Greco-Roman had the most Tokyo Olympic medalists entered for the World Championships but only one gold medalist — Mohammadreza GERAEI (IRI).

It ain’t over until it’s over. After committing to Oklahoma State in November of last year, Jordan Williams had a change of heart and re-opened his recruitment. Just about a month ago he listed his top seven schools on Instagram: OSU, Ohio State, UNC, OU, Purdue, Mizzou, and Illinois.

Coach Al Baxter directed the Buena Vista University wrestling team for 26 years. And while picking a favorite among his teams is akin to a parent choosing among children, his 1985-86 squad would rank as one of his most memorable.

As the Chattanooga Mocs' wrestling team continues preparation for its season opener in 19 days, GoMocs.com begins its season preview introducing the wrestling program by class. This edition will feature the 125 and 133 weight classes.

With the season less than a month away, head coach Brandon Eggum gives an update on the Gopher Wrestling team.

Trent and Hayden Hidlay, All Americans for North Carolina State, join the podcast to talk about their journey to Raleigh, Trent’s goals for the 2024 Olympics, Hayden’s sophomore year and how he overcame the ‘yipps’, and much more. Prior to the Hidlay’s arrival at North Carolina State, they were state champions for Mifflin County H.S.

Jackrabbits Shuffle Weight Classes To Strengthen Their Lineup – The Guillotine

South Dakota State University wrestling fans will see a lot of familiar faces in the 2021-2022 lineup. Several returning regulars from last year's team that tied for 26th at the NCAA Division I championships are switching weights.

The Elmira College men's wrestling program will eagerly make its debut on the mat on November 7 after last year's wrestling campaign for the Purple & Gold was delayed due to the COVID-19 pandemic. The 2021-22 schedule features eight championship events and one quad meet.