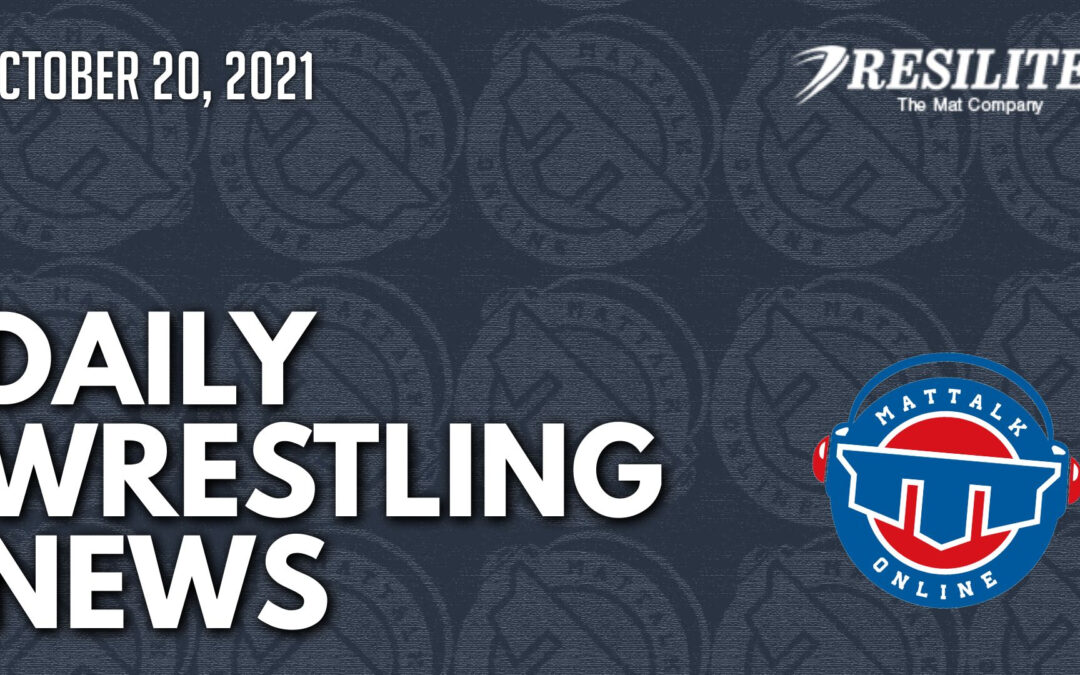 Talking with U.S. National Freestyle Coach, World Champion and NCAA Champion Bill Zadick about his induction into the National Wrestling Hall of Fame as a Distinguished Member during Honors Weekend in June of 2021.

Neil Erisman and the Little Rock program took the unexpected “COVID year” in stride, enduring the challenges that came with the 2021 season while finding a silver lining in the adversity.

The Indiana wrestling program enters Year Four under Angel Escobedo, and there are strong signs that the Hoosiers are trending in the right direction ahead of the ’21-22 season.

Former Albia standout Aden Reeves will be transferring to Grand View. The former Iowa high school state champion had spent the past two seasons in Ames competing for Iowa State, but will be making the move to Des Moines to join an always tough Vikings squad.

Seeds mostly follow rankings but in some cases they do not as we weighed career resume and previous S32 performance as well. We also tried, where possible, to avoid early round matchups between kids from the same state or club. *Seeds are pending based on any changes at the scales (weight changes or scratches). I welcome all feedback, particularly any omissions they may have inadvertently occurred.

The UNI Panthers did the normal thing that every school in the country does, usually much earlier in the off season.

See the wrestlers who have the longest active winning streaks heading into the D1 season.

What NCAA wrestling fans need to know about the upcoming edition of the Super 32 Challenge.

If you bother to take a peek at the top of your browser, the category level of this article’s URL reads “all-marine-wrestling”. As in, ALL MARINE WRESTLING, or the All-Marine Team — or, better put, one of the cornerstone programs for United States Greco-Roman throughout the sport’s modern era.

Daniel Chaid of San Jose, Calif. repeated as a Veterans World freestyle champion with a gold-medal performance at 130 kg in Div. E on Tuesday.

What's a “Savage” to do? Well, if you are the 3x New York State placer/2021 Champion out of Section VIII Clarke High School [Soriano], you pick a time when much of the civilized world has settled into bed for a nice slumber to make the announcement that you are formally off the board!!!

Weighing In with David Mirikitani: Episode 217 posted – Bout at the Ballpark, college rankings and more – TheMat.com

This week’s edition of Weighing In with David Mirikitani: Episode 217 has been posted and can be viewed on Youtube.

Steve Swinson, a former high school coach with over 30 years of experience in Indiana, has been named interim head coach at Manchester University as of October 18, 2021.

Though the school has not made a formal announcement, Beau Bruno was recently promoted from assistant coach to interim head coach at the US Merchant Marine Academy following the resignation of Greg Ilaria.

Here is a comprehensive guide to the NCAA tournament and its history, for college wrestling fans of every level.

The dearth of competition throughout the calendar year has meant a lower number of opportunities for athletes to travel abroad. Less travel = less chances to earn medals. For example, the 5PM International Medal Count update for United States Greco-Roman as listed on November 4 of 2019 was derived from 22 events across the five qualified age groups (U15, Cadet, Junior, U23, & Senior). Over 23 months later, this current update pulls from only eight tournaments.

On Friday night, Oct. 15, the Upper Iowa University Athletics Department inducted three new members into its Hall of Fame. The UIU Athletics Hall of Fame grew to 207 members with the inductions as family, friends and alumni came together to celebrate.

With the first tournament of the season weeks away, Hofstra Head Wrestling Coach Dennis Papadatos announced today the team captains for the 2021-22 season of Hofstra wrestling.

Entering what will be the 119th season, Andrew F. Barth Head Coach of Wrestling Zach Tanelli announced, on Saturday, Oct. 16, that Brian Bonino, Matt Kazimir and Joe Manchio will serve as the Columbia Wrestling team captains for the 2021-22 season.

Wrestling Canada Lutte (WCL) is pleased to announce the 18 athletes, along with coaches and officials, that will represent Canada at the 2021 U23 World Wrestling Championships, Nov. 1-7, in Belgrade, Serbia.

Wrestling has produced plenty of epic battles but few can match the wars waged by Delsea’s Joe Alexander and Sterling’s Mark Manchio as well as Millville’s Mark Saul and Schalick’s Karl Haywood.

Wartburg College to add women's wrestling in 2022-23 | Half Nelson, Half Fiction | wcfcourier.com