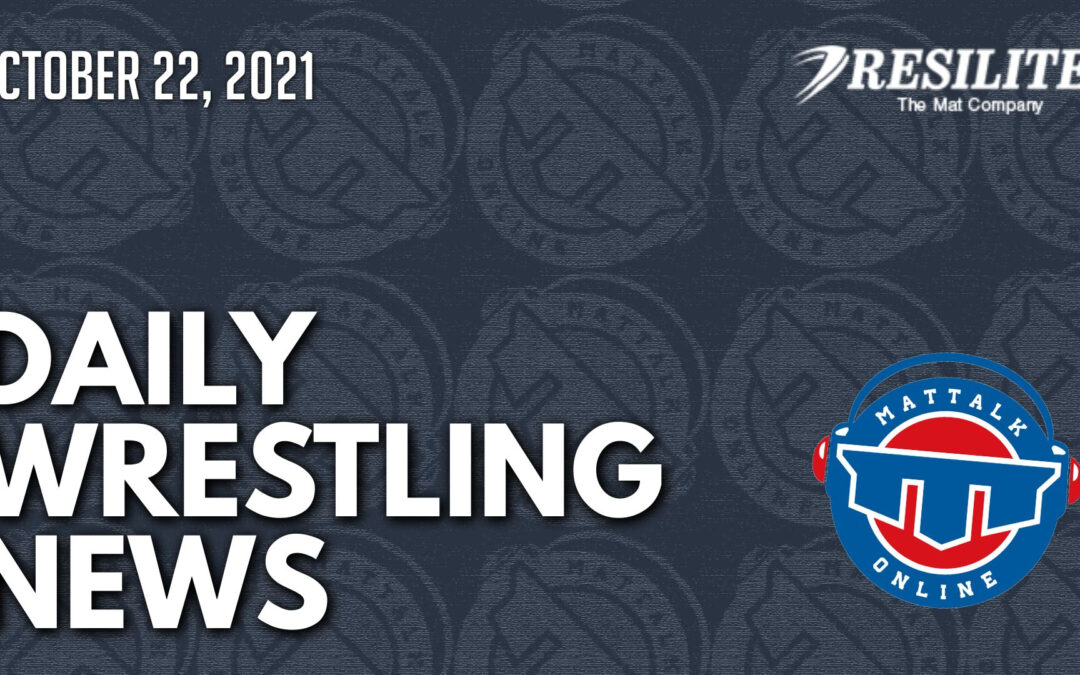 These 10 made the most of their off-season and filled some holes via the transfer portal. But who did the best?

The First-of-its-Kind Program has partnered up with Morgan State University to restore HBCU wrestling programs.

Director of the Mens and Womens wrestling teams for Brewton Parker College, Coach Devane Dodgens is a young coach building a solid team with a system and methodology built on a strong foundation of learning from some of the best coaches in the sport and experience.

Vikings Return a Lot of Experience – The Guillotine

NCAA Div. I intrasquad match schedule and results, as of Oct. 21 – TheMat.com

Every year, themat.com publishes results from intrasquad and wrestle off matches from the NCAA Div. I wrestling programs. This year, with a full season ahead, we will continue to share results from these events as we look ahead to what should be an exciting year of wrestling.

On the latest episode of Mat Chat, David Mirikitani interviews Cornell head wrestling coach Mike Grey. The two discuss training during COVID, the busy summer and the future ahead for the Cornell wrestling program.

Brothers Reece and Jordin Humphrey met in the men’s freestyle gold-medal finals at 70 kg in Div. A at the Veterans World Championships on Thursday, and they chose to wrestle each other. Div. A is for athletes 35-40 years old.

After a 760-day layoff due to the COVID-19 pandemic, nearly 620 wrestlers from 58 different nations will converge in Belgrade, Serbia, for the ’21 U23 World Championships.

Getting Comfortable Being Uncomfortable – The Guillotine

Perhaps more than any other sport, success in wrestling only comes when a wrestler is comfortable when things are going well, but also when they can persevere when things are not going their way.

One of the most knowledgeable guys in wrestling wanted to do a Super 32 preview show today and I couldn’t say no! Though I don’t really follow high school wrestling, Corby follows it about as closely as you can, and it was fun having him give his picks as we go through the action weight by weight.

The draws were officially released on Thursday evening for the 2021 U15 Pan-American Championships, which begin Friday with Greco-Roman wrestling. Saturday will feature women’s freestyle action, while men’s freestyle wraps up the tournament on Sunday.

How To Structure Your Season — Push Pull Wrestling

The season began two weeks ago. We’re already half a month through our 5 month season. This is a time we’ve been thinking about a lot.

For the second straight year, the App State Mountaineers clinched the top spot in the Southern Conference wrestling preseason poll that was voted on by the conference’s nine head coaches, who also selected a 10-member preseason all-conference team.

Purdue wrestling head coach Tony Ersland made a late addition to the 2021-22 Boilermaker roster Thursday, signing Illinois native Hayden Copass to a tender. One of the nation's top-ranked heavyweights at the high school level over the past few seasons, and plans to enroll at Purdue at the semester and join the team.