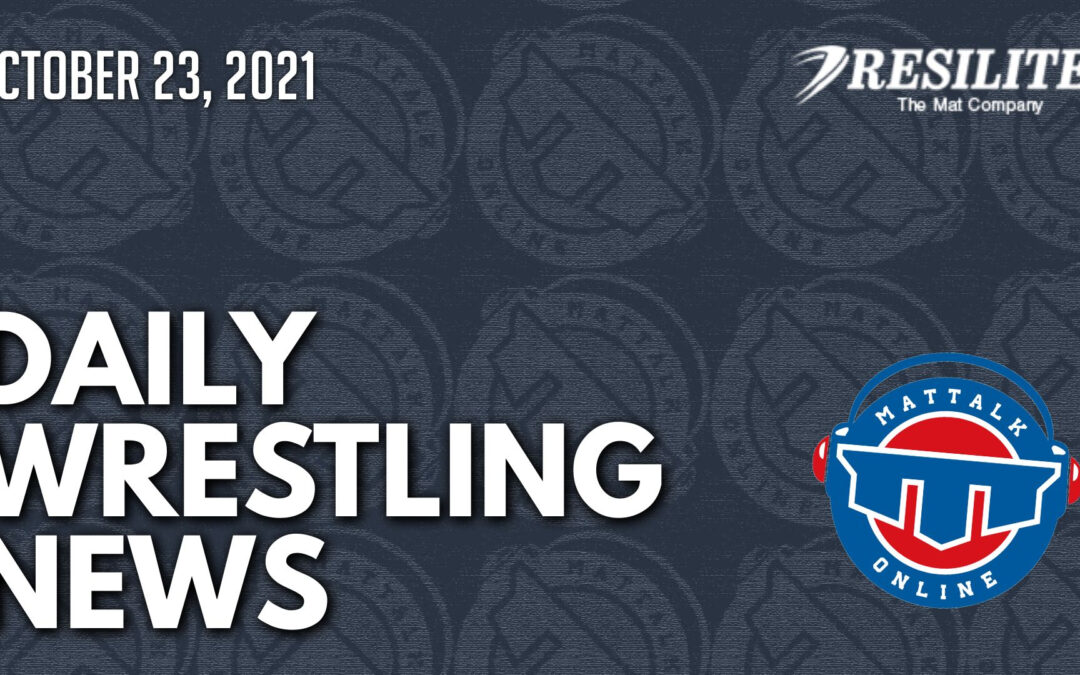 Host Brian Reinhardt returns for Episode 83 of the #PackMentality Pop-Ins Podcast with two guests, one new and one returning. To kick off the show, the Pack welcomes in-studio guest Rock Harrison, color commentator for the ACC Network's wrestling broadcasts.

By overcoming seemingly insurmountable odds and providing inspiration to many others, former wrestler Gary Chopp is recognized with the Medal of Courage by the National Wrestling Hall of Fame.

“Extremely grateful for the opportunity to lead this program that has had a tremendous history and to try to get back to those ‘glory years.’ … We have the staff and wrestlers to do some great things.” –Head Coach Luke Smith

“Our goal is to compete with the best teams in the country. We believe we can put more guys on the NCAA podium, especially after seeing Lou Deprez achieve this last season. He continues to motivate the team with his leadership and hard work. We are looking forward to a snowball effect from this.” – Head Coach Kyle Borshoff

Lorenzo Neal played in four Pro Bowls and blocked for the likes of Eddie George and LaDainian Tomlinson, but there is one memory that he recalls in a football career full of them, one that defined his time as a Fresno State Bulldog and exemplified the selflessness of his character.

In a strange move by the Sports Authority of India (SAI), it has sanctioned only a part of the wrestling team bound for the upcoming U23 World Wrestling Championships

The agreement reached Wednesday by the NFL and lawyers for thousands of retired football players to end race-norming in the league’s $1 billion settlement of concussion claims is an important step, according to Michelle Haselrig.

Don't be surprised if these unranked wrestlers bust up some brackets in Greensboro.

The women's brackets at Super 32 will be loaded! Here's what you need to know.

Our immediate thoughts on the official Super 32 men's high school brackets and the best early-round matchups.

Coming off a very successful 200-21 campaign, the UC women's wrestling team is nearing the start of their upcoming season. The schedule has 16 competitions slated highlighted by three home contests.

The United States won eight gold medals and ten medals total in Greco-Roman at the U15 Pan American Championships on Friday, winning the team title.

UNC Assistant Coach Jamill Kelly will be inducted into the California Chapter of the National Wrestling Hall of Fame on Sunday, October 24. He is a part of 10 inductees in the 2021 class.

Four pins in the final matches made for fireworks at the annual OU wrestling Red/White Scrimmage in McCasland Field House on Friday night, but the depth Head Coach Lou Rosselli has built in his squad made for an eventful night from start to finish.

Quincy Osborn is excited about the upcoming Concordia Cobbers wrestling season for many reasons.

Mailbags. Ever since the birth of the newspaper, someone thought it was a good idea to have readers send in their questions about marriage advice, nosy neighbors, and favorite pot roast recipes. I can’t help you with those things.

I’m often asked if I could do an Oklahoma State wrestling podcast? The short answer to that right now is no… I’m a bit too busy and better at writing anyway.

Number One Ranked Collegiate Wrestlers Against the Field | Rokfin

The start of the NCAA season is right around the corner, and InterMat has already posted our preseason rankings for each of the ten weight classes. While it is exceedingly difficult to go wire-to-wire as the number-one ranked wrestler in the country, it certainly does happen.