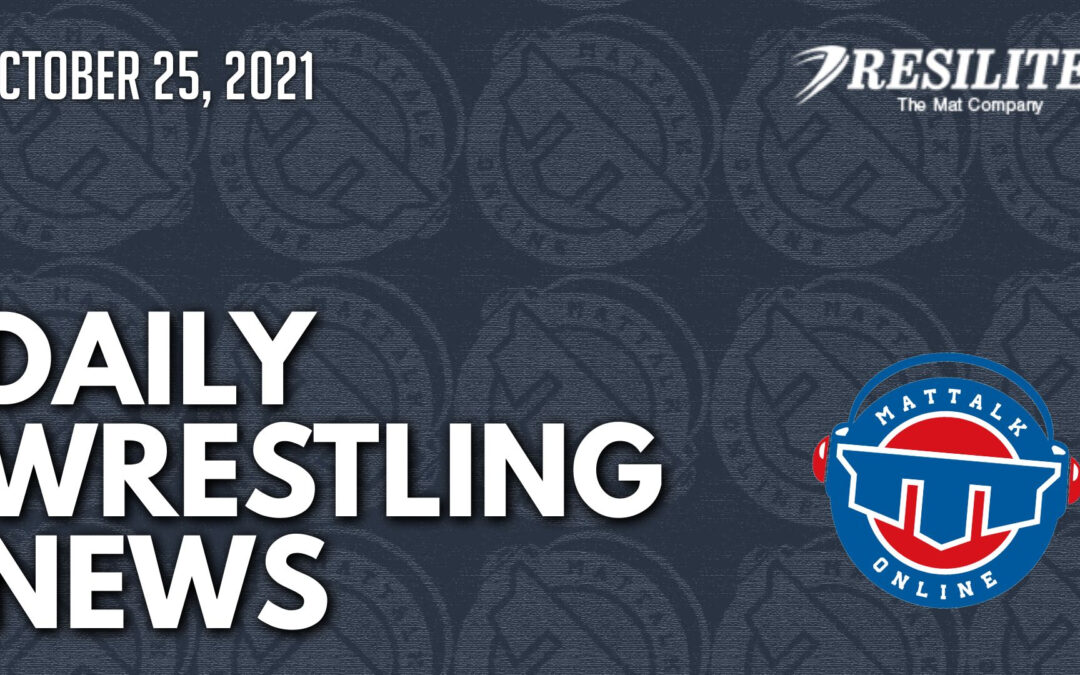 Complete brackets, scores, placements and more can be found inside FloArena.

Amin MIRZAZADEH (IRI) was preparing for the Senior World Championships last month when he contracted the COVID-19 virus and had to withdraw from Iran's Greco-Roman team.

Year after year, Super 32 provides no shortage of incredible matches. Check out some of the best embedded right here in one article.

The 2021 Super 32 is officially in the books. This year’s tournament returned to Greensboro, North Carolina and was as good as ever. The entire event was filled with future collegiate stars and coaches roaming around looking for diamonds in the rough. Here are some of the superstars from the Super 32, ones that have already committed to compete at the next level.

Expect Every Bison To Wrestle Hard For 7 Minutes – The Guillotine

Several experienced wrestlers return for head coach Roger Kish's North Dakota State University Bison wrestling team in 2021-2022. The team is looking to use that experience to achieve even greater success this season. The Bison finished 2021 35th at the NCAA championships, 6th in the Big 12 Championships, and sent four wrestlers to the NCAA tournament.

The U.S. men’s freestyle team won nine individual gold medals, cruising to a team title at the 2021 U15 Pan American Championships. The team win finished up a great weekend of wrestling for the United States, which also won team championship titles in women’s freestyle and Greco-Roman.

The United States women’s freestyle team won the team title on Saturday at the 2021 U15 Pan American Games. The team collected eight individual gold medals and nine medals in total, dominating the event.

Day two of Greco-Roman at the Veterans World Championships was a good day for Team USA, capturing five medals including another individual Veterans World champion on Saturday.

Auggies Women Bring Passion, Heart, and the Highest Level of Technique in the Country to the Mat – The Guillotine

A new coach. Same high expectations. That's a quick overview of what to expect with the Augsburg women's wrestling program heading into the 2021-2022 season.

OSU Wrestling: Three Weights Where the Starting Job May Still Be Up For Grabs | Pistols Firing

We’re inching closer to the start of the Oklahoma State’s wrestling season and — with a few graduations, some incoming blue-chip talent and a few weight changes — there are some weights and starting jobs that will be challenged this season.

The FHSU wrestling team kicked off the 2021-22 season with the annual Black and Gold Scrimmage on Saturday night (Oct. 23) with 19 matches. The scrimmage was constructed of two rounds, where the second round consisted of matchups between the winners and losers of the previous round and matches against pre-determined opponents.

The Tar Heel wrestling team looked the part on Saturday, as North Carolina hosted its Carolina Blue and White Wrestle-Offs at Carmichael Arena in preparation for next week's season-opening duals.