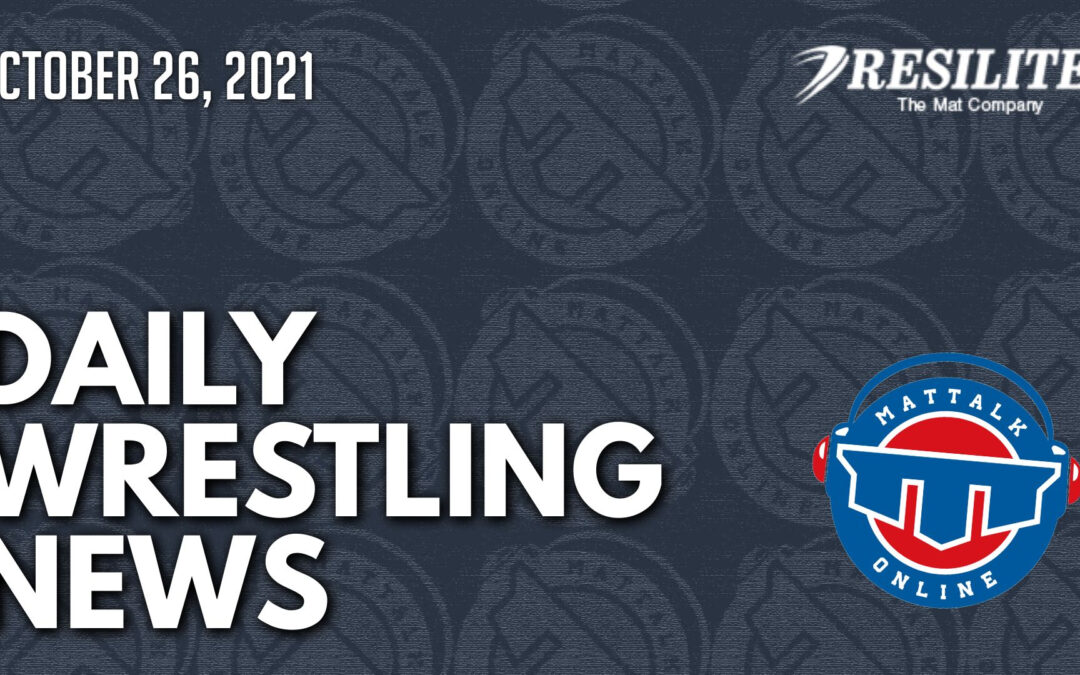 Zach Bogle started a current events wrestling outlet called Stalemates in the midst of the COVID-19 pandemic. With no wrestling, what else did wrestling people get to do to try to stay busy? It was like an extended offseason. Enter Bogle and Stalemates, which summed up the “Twitter tea” with weekly episodes, guests, goofy memes and a general breath of fresh air the wrestling world needed.

Super 32 By The Numbers | Rokfin – MatScouts

Tom Ryan was hired as Ohio State’s wrestling coach ahead of the 2006-07 season, and the results he’s produced since then have been quite impressive.

“We’re not focusing on being the best dual-meet team in the country — we obviously want guys to have their best performances at nationals.” –Head Coach Rob Koll

Imagine three NBA stars leading a local basketball camp. The vibe was similar to that Sunday at the Waynesboro Fall Wrestling Clinic in the gymnasium of Waynesboro Area Senior High School.

Top Seniors Yet To Win An NCAA Title – FloWrestling

As the 2021-2022 NCAA season approaches, take a look at the careers of some of the top seniors who have yet to win an NCAA Championship.

Sanction full list or team will not compete in U-23 World Championships: Wrestling Federation to SAI- The New Indian Express

The existing stalemate could even lead to India's non-participation in the event scheduled in Belgrade, Serbia from November 1 to 7.

Hummel allegedly told them that if they told anyone, it would jeopardize their grades and wrestling careers.

Much like its new training facility, the new wrestling program at St. Ambrose is a work in progress.

Well…that's the latest it will come out, maybe sooner!

Kyle Evans is a 2x NCAA D2 NCAA champion and 4x All American for Central Oklahoma. He was inducted into the UCO Hall of Fame in 2020. At UCO, Evans was coached by the great David James where his team won the national title during Kyle’s junior year.

Complete list of USA Wrestling sanctioned events for the next three months, as October 25, with 61 new events – TheMat.com

The last time the Itasca CC Vikings wrestling team competed was during the 2019-2020 season. During that season head coach Joseph Umlauf led the Vikings to a top 30 finish at the NJCAA national tournament, a tie for second place at the MCAC tournament, and a 3-3 dual meet record.

The UC men's wrestling program saw a revamp over the summer as they introduced a new head coach, Corey Ruff. Last season the Patriots finished the season ranked tenth in the NAIA with a 5-2 record. There was also one MSC champion and eight NAIA Qualifiers.

Host Brian Reinhardt returns for Episode 83 of the #PackMentality Pop-Ins Podcast with two guests, but neither is head coach Pat Popolizio.

Wilkes University wrestling head coach Jon Laudenslager has announced changes to the format for the Wilkes Open this year.

It's with a very heavy heart that we let the community know that Jacob Rivera, one of our Welding Technology students and member of the Maverick Wrestling team, passed away this morning following a tragic car accident near Hays, KS. Jacob was an incredible young man and this is a tremendous loss for our Maverick family.