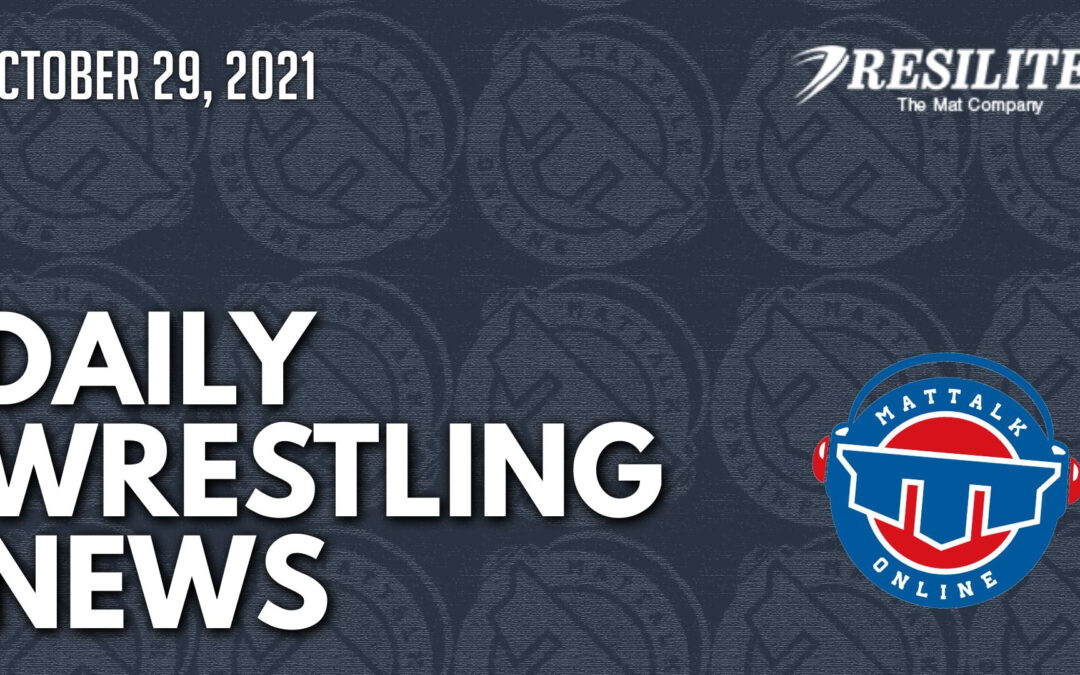 The fans returned to Leeman-Turner Arena at Grace Hall for the first time since February 2020 and the 1,131 in attendance were treated to 14 bouts as Lehigh held its Brown and White Wrestle-offs Thursday evening.

The University of Pittsburgh welcomed college wrestling fans back to the Fitzgerald Field House on Thursday night as a good crowd showed up to watch the Pitt Blue-Gold Dual.

The Northern Illinois University wrestling team was back in action at Victor E. Court as the Black squad rallied to defeat Red, 17-13, in the Red-Black Dual Thursday night.

Freshman Show Out at Red-Black Dual – University of Maryland Athletics

The Maryland wrestling freshman shined for the program as th Terps complete their annual Red-Black Dual.

The Eagles have three returning starters in their line-up this upcoming season; all of which have made a huge impact on the Lock Haven wrestling program.

Coming off a year where seven Pride wrestlers qualified for the NCAA Championships, Hofstra will return six of those wrestlers, to form a strong nucleus in 2021-22.

Another talented Iowa senior is off the board as three-time state champion Robert Avila has informed IAwrestle that he is headed to the University of Virginia. Avila announced his commitment live with IAwrestle on Instagram.

70kg Is LOADED At U23 Worlds – FloWrestling

A preview of the 70kg-the toughest weight at the 2021 U23 World Championships.

Hawkeyes Taking ‘Predator' Mentality Into Chase For Another Title – FloWrestling

Colorado School of Mines is the favorite heading into the 2021-22 Rocky Mountain Athletic Conference (RMAC) wrestling season, the league announced Thursday in its preseason coaches’ poll. The RMAC preseason wrestling poll is voted on by the league’s eight head coaches. Coaches are not permitted to vote for their program.

Former Campbell All-American Noah Gonser has been promoted to assistant coach on the Camels' 2021-22 staff.

The Men's Wrestling Coaches' Top 20 Poll has been published for the 2021-22 preseason and Grand View (Iowa) sits atop the standings. Life University (Ga.) and Doane University (Neb.) fill in spots two and three; Southeastern (Fla.) and Baker (Kan.) completed the Top Five.

Mizer steps down at Muskingum – d3wrestle.com

Zach Mizer has resigned as head coach at Muskingum University after seven seasons at the New Concord, Ohio, school. Muskingum has posted an immediate opening for a head coach.

The United States will send a talented men’s freestyle team to the 2021 U23 World Championships in Belgrade, Serbia, which will take place November 1-7. The team, which was finalized at the U23 Nationals in May, boasts significant collegiate talent with experience and potential to bring home medals for Team USA.

John Smith, Daton Fix, Travis Wittlake and Dakota Geer met with the media on Wednesday, and Marshall Scott was there to take it all in.

Q&A with Emily Shilson: Training for U23 Worlds, wrestling at Augsburg, fishkeeping – TheMat.com

Leading off our college wrestling Q&A series this year is Emily Shilson, a 2021 Junior World champion who will be a junior this year at Augsburg University. Shilson, who has won three age group world medals, is looking to win another at the U23 World championships next week.

Gophers Have A Team Trophy In Their Sights – The Guillotine

The biggest question fans had concerning the 2021-2022 Minnesota Gophers wrestling season was answered in early September when Olympic Gold Medalist Gable Steveson announced plans to return to the Golden Gophers for his senior season.

Alex Marinelli is among the many Iowa wrestlers from last year’s NCAA championship squad that would love to repeat that team honor … and also win an individual national title this March when the Division I Championships are held in Detroit, Mich.

Lindenwood University has been selected as the 2021-22 Great Lakes Valley Conference (GLVC) preseason wrestling favorite, the league office announced on Wednesday. The annual poll was voted on by the league coaches and ranks all eight teams in predicted order of finish.

Millersville University wrestler Jonathan Parrilla is about to embark on an experience of a lifetime. The Marauders junior is set to travel to Belgrade, Serbia to represent his home country of Puerto Rico in the U23 World Championships, starting November 5.

After capturing its first-ever Centennial Conference title in 2019-20, defending champion Washington and Lee has been selected as the preseason favorite in a vote among conference head coaches. The Generals secured four first-place votes and 34 points to narrowly edge Muhlenberg for the top position.