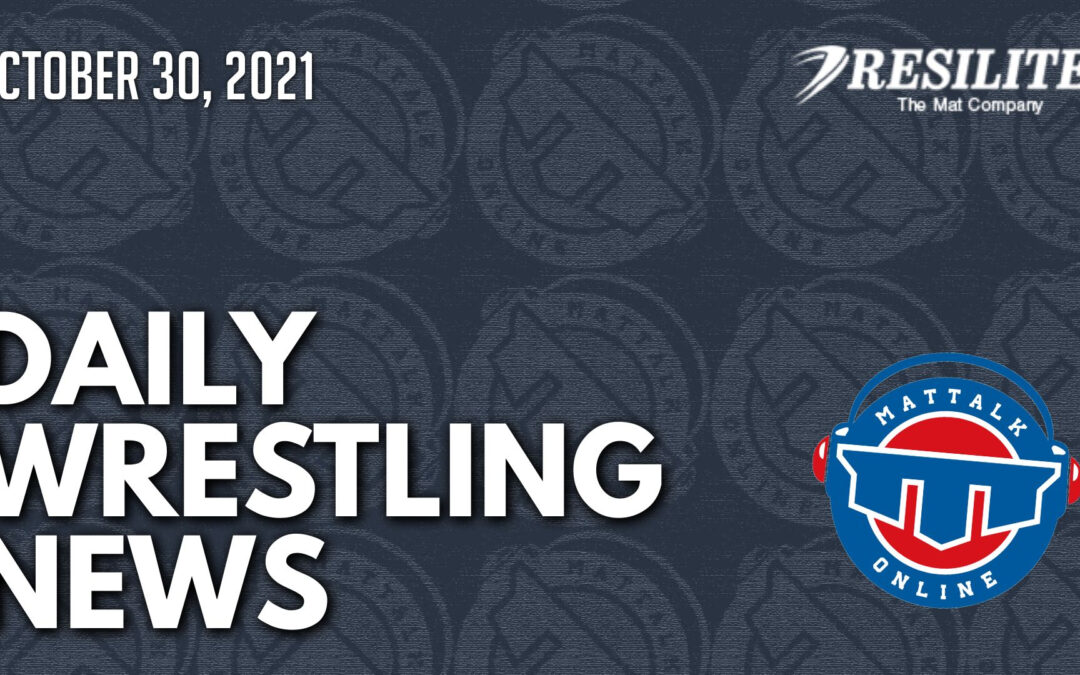 The University of Pikeville Athletics department is excited to announce the addition of Men's Wrestling to its lineup of programs starting in the Fall of 2022.

A quick reminder to those who may have forgotten: Do not forget about the Golden Gophers.

Which Hawkeyes stories do you need to know before the season begins? Fanco gives you the top five.

Glen Lanham has continually made the most out of a challenging setup in Durham; roster limitations and lack of scholarships, combined with the high academic standards of Duke, make this an admirable achievement.

Oklahoma City University alumna Melissa Simmons will be awarded the Medal of Courage by the National Wrestling Hall of Fame.

The quarterfinals have been set in the Boys High School Grades 9-10 division of the USA Wrestling Brian Keck Preseason Nationals on Friday.

The quarterfinals pairings have been established in the Boys High School Grades 11-12 division on the first night of the USA Wrestling Brian Keck Preseason Nationals at Hyvee Hall on Friday night.

Fans will have their first chance to check out the 2021-22 Johns Hopkins wrestling team on Saturday, October 30 when head coach Keith Norris's team hosts its annual inter-squad scrimmage in Goldfarb Gymnasium.

With a return to a normal schedule on the horizon, the Central College wrestling team is ready to put in the work to reach its goal this season.

The Drury wrestling team held their final tune-up of the preseason with an Intra-squad match at Weiser Gym on Friday night and the Gray squad edged the Scarlet team by a point, 23-22.

Four honorees with Bakersfield ties were welcomed into the California Chapter of the National Wrestling Hall of Fame at the chapter's annual induction ceremony, Sunday, Oct. 4, in Fresno, Calif. CSU Bakersfield alumni William Kalivas and Paul Keysaw, legendary Roadrunner coaches Joe Seay and Rick McKinney were among those inducted as part of the group's ten-member class of 2021.

The George Mason wrestling team held its annual wrestle-offs this evening at the RAC. A total of 15 matches were wrestled.

The Hofstra wrestling team hit the mat in a competitive setting for the first time this season from inside the David S. Mack Sports and Exhibition Complex Friday evening in its Hofstra Wrestle-Offs.

Wrestling has been an important part of my life. From competing to coaching, and now helping to help brand and market teams, and wrestling related businesses, I’ve been fortunate to stay in sport that’s given me so much.

Most wrestling fans have probably fantasy booked their own wrestling cards. What would happen if those collegiate rivals had another match?

No. 1 St. Cloud State Wrestling enjoyed a terrific evening at the 2021 Black and Red Classic in Halenbeck Hall, featuring 11 bouts and a 32-6 win by Team Black

The American International College wrestling team will battle in a total of 11 tournaments and duals during the 2021-22 season, Head Coach Rich Hasenfus announced on Thursday, October 28.

Head coach Chris Basford and the Limestone University men's wrestling team have announced its schedule for the upcoming 2021-22 season. The Saints will look to improve off of a Covid-19 shortened season a year ago.

Fans returned to the Covelli Center Thursday to witness the wrestle-off finals to determine the lineup for the 2021-22 Ohio State Wrestling Team. The squad was divided into Team Black and Team White and after nine bouts, Team White prevailed, 24-15.

Clarissa Chun’s wrestling resume is studded with stars. She helped blaze a trail for women in a sport that not so long ago was thoroughly dominated by men.

The National Wrestling Hall of Fame announced former Badger wrestler and coach Andy Rein as a distinguished member of its Class of 2022 on Wednesday.

The National Wrestling Hall of Fame announced its Class of 2022, featuring Iowa State wrestling legend Jake Varner as one of four Distinguished Members set to be inducted.