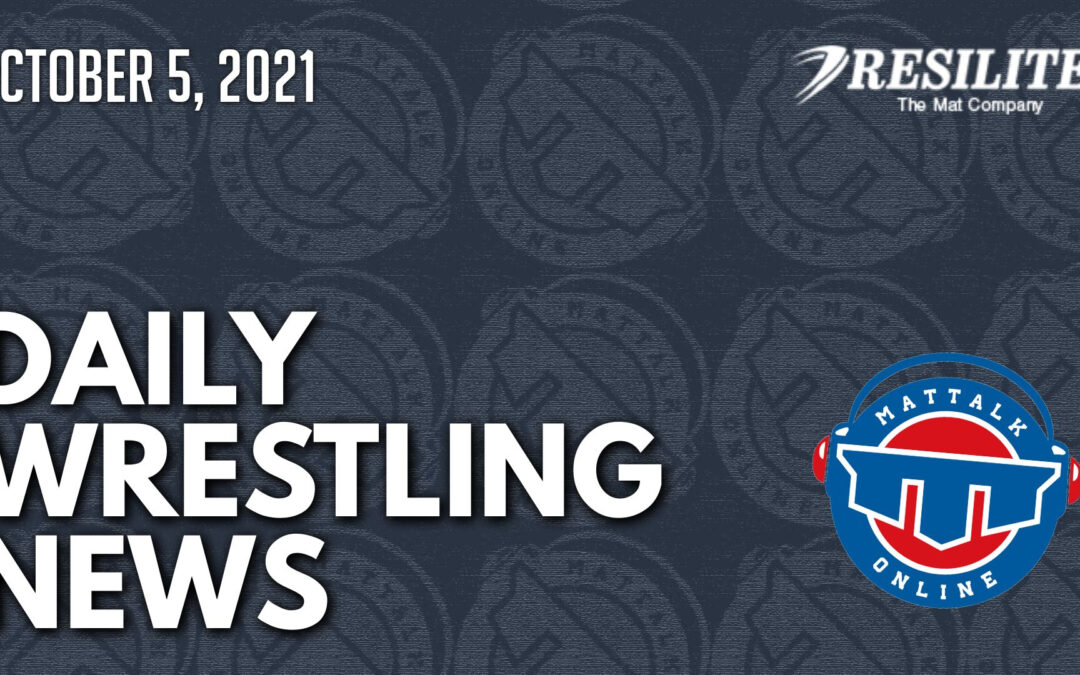 All the talk will be about women's wrestling Tuesday as 50kg, 53kg, 65kg and 76kg wrestler take the mat at the senior World Championships here in Oslo, Norway. Tokyo Olympians, age-group world champion, future stars will try their fate at the Jordan Amfri arena.

Winning a first world title confirmed the progress Thomas GILMAN (USA) has made as he continues to learn the international game. Now he hopes to use it in a quest to avenge a recent loss that still lingers.

The tiger-like leap forward. The vice-like grip behind the knees. The head to the chest. The opponent tumbling helplessly backwards.

Plaistow Timberlane, the winner of 17 straight Meet of Champions individual team titles, made it 18 straight in a specially constructed dual-meet state series, extending one of the nation’s longest streaks, and also made it six straight Division 1 team titles. Nashua Bishop Guertin and Plymouth also repeated.

Miracle to go for women’s freestyle gold at World Championships in Norway, Burkert pulled back into repechage – TheMat.com

On the first day of women’s freestyle at the Senior World Championships, Kayla Miracle finished off a strong day of wrestling by earning a spot in Tuesday’s gold medal match at 62 kg.

2016 Olympic champion and 2020 Olympic silver medalist Kyle Snyder pulled off some last-second heroics during the semifinals at the 2021 Senior World Championships on Monday night, punching his ticket for a rematch against Russian superstar Abdulrashid Sadulaev in Tuesday’s gold-medal finals at 97 kg.

Team race update after day 3 in men's freestyle at the 2021 World Championships.

Linfield University on Monday announced the addition of men’s and women’s wrestling teams, which will begin competition in the fall of 2022.

Appalachian Athletic Conference (AAC) John Sullivan announced Friday the addition of five new affiliate members and the addition of men's volleyball as a championship sport for 2022-23.

Southeastern University announced that it will join the Appalachian Athletic Conference as an affiliate member for the sport of wrestling beginning in the 2022-23 academic year.