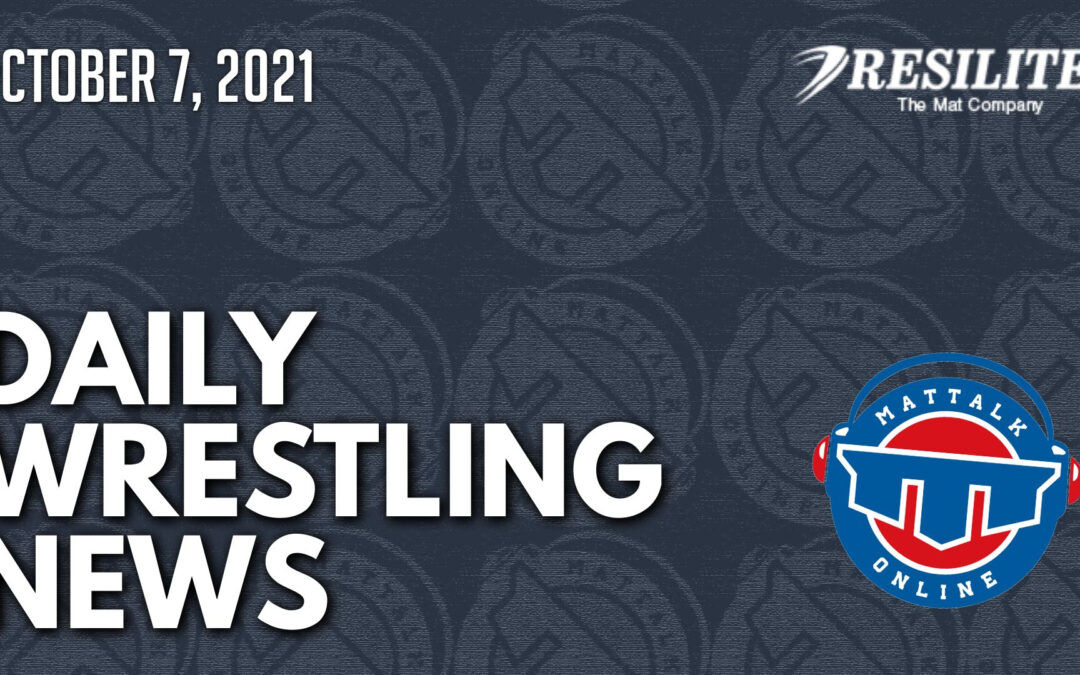 As Adeline GRAY (USA) maintained her tenuous grip on the women's 76kg title by winning a U.S.-record sixth world gold, teenager Akari FUJINAMI (JPN) put on a golden performance well beyond her years.

Akie HANAI (JPN) was still going through her interview when Rin MIYAJI (JPN) joined her in the mixed zone. A surprised Hanai was wondering how did Miyaji come back so early after her semifinal. But when she was informed that Miyaji pinned Tokyo Olympic and world champion Taymara MENSAH STOCK (USA), Hanai could not but hug her teammate with a big smile on her face.

With a second victory in two months, Abdulrashid SADULAEV (RWF) has turned the sport's most high-profile rivalry into an increasingly predictable one-sided affair.

Fanco Wrestling – NCAA Contenders at 125 lbs: Who Could Make the Finals?

Spencer Lee is the man to beat, but who are the other NCAA contenders at 125 lbs? There are ten former All-Americans in this weight class, and that will make 125 lbs very amusing to watch.

Jordan Burroughs, who for a decade had been the bedrock of USA Wrestling’s Freestyle program, was defeated by Kyle Dake in two straight matches at the 2020 Olympic Trials. It would be the first time since Burroughs graduated from the University of Nebraska that he failed to make a World or Olympic team.

The draw was held for all 10 weight classes in Greco-Roman, for the Senior World Championships which will finish up this weekend in Oslo, Norway.

The United States won three medals during the Group Two medal session at the Senior World Championships on Wednesday. But one of those medals will be remembered for a long, long time.

Maroulis to go for gold, Nelson and Mensah Stock for bronze in women’s freestyle at Senior Worlds in Norway – TheMat.com

2016 Olympic champion and 2020 Olympic bronze medalist Helen Maroulis showed grit and persistence in winning her semifinals match at 57 kg and earning a spot in the gold-medal match at the Senior World Championships on Wednesday.

Why Iowa became the first Power Five school to add a women's wrestling program — and what it could mean for the future | NCAA.com

The Iowa wrestling room inspires a special kind of determination. Hawkeye Wrestling Club wrestler Victoria Francis describes a “we’re going to work hard, we’re going to bang heads” kind of mentality — that grit. This culture produced NCAA and Olympic wrestling champions and helped Iowa become known as one of the most premier wrestling institutions in the country.

Recently the #800lbGorilla himself was on the Wrestling Philosophy show with Jared Opfer. You can find other links to the podcast here.

Last year’s Cardinal team finished 8-1 in duals, with the sole blemish coming in a 24-13 loss at Wartburg, and carries a 26-dual win streak within the CCIW into the current season.

Ben Reiter is the executive director for Beat the Streets National. Prior to his current role, Ben lived in Peru for 10 years where he was a professional MMA fighter, fighting in both Bellator and Inka FC. In college, Ben wrestled for Penn.

Corey Anderson is one of the top Bellator light heavyweight fighters in the world. A UFC veteran and former D3 All American for Wisconsin Whitewater, Corey Anderson’s next fight is a semi-final fight in the Bellator Grand Prix. In this episode, we talk about UFC vs Bellator, Juco and D3 wrestling, the Ultimate Fighter reality show, and training with Daniel Cormier

Episode #89 of Boundary 2 Boundary – Colorado High School Wrestling is with Head Wrestling Coach Javier Cruz Quintana of Eaglecrest. Coach Q as he is known by his wrestlers and around the state is a Adams City alumni and former wrestler.

Today, NEO released an updated roster and their 2021-22 schedule.

My first year wrestling at Iowa, after getting my butt kicked as a freshman a few times, Coach Gable and I were lifting in the weight room. I’m over there hitting some weights, doing what I had to do, and he comes around the corner chanting at me. “Weber grill, Weber grill… turn the heat up!”

120 medals are going to be distributed during the course of this week in Oslo, Norway…However, 119 of that lot, regardless of color or prestige, are going to be as cherished or celebrated as the bronze that former Rocky Point native, Jenna Burkert, earned at 55kg in the women's freestyle discipline on Tuesday afternoon!!!

Kyle Snyder claimed a silver medal at 97 kg on the final night of the men’s freestyle competition, his seventh straight World or Olympic medal, and the United States placed a close second as a team at the Senior World Championships on Tuesday night.

Alfred State is set to enter its 3rd season competing at the NCAA level this fall and looks to continue to elevate as a program. Head Coach Signorelli has brought in back-to-back quality recruiting classes to add to a strong group of veteran returners to begin his tenue leading the Pioneers.

The former Stillwater High School product is listed as a freshman 141-pound wrestler for the Cowboys.

The Apprentice Wrestling Staff is excited to announce the newest additions to the squad with the 2021-22 recruiting class. Much like the new wrestlers from last season, the Builders will enjoy a healthy dose of local talent as well as several out of state prospects.

Following a national search, Buena Vista University (BVU) director of athletics, Scott Brown, has announced that Sean White will be named the next head coach of the BVU wrestling program.

Aiming for a fourth straight ACC Championship, and an eighth straight top-20 finish at the NCAA Championships, the NC State wrestling team has announced its schedule for the upcoming 2021-22 season.

The Little Rock wrestling team will officially kick off year three in exactly one month, back at home in the Jack Stephens Center. After a shortened slate last year, the Trojans will be busy in the coming months, beginning by hosting the Trojan Open on Saturday, Nov. 6.