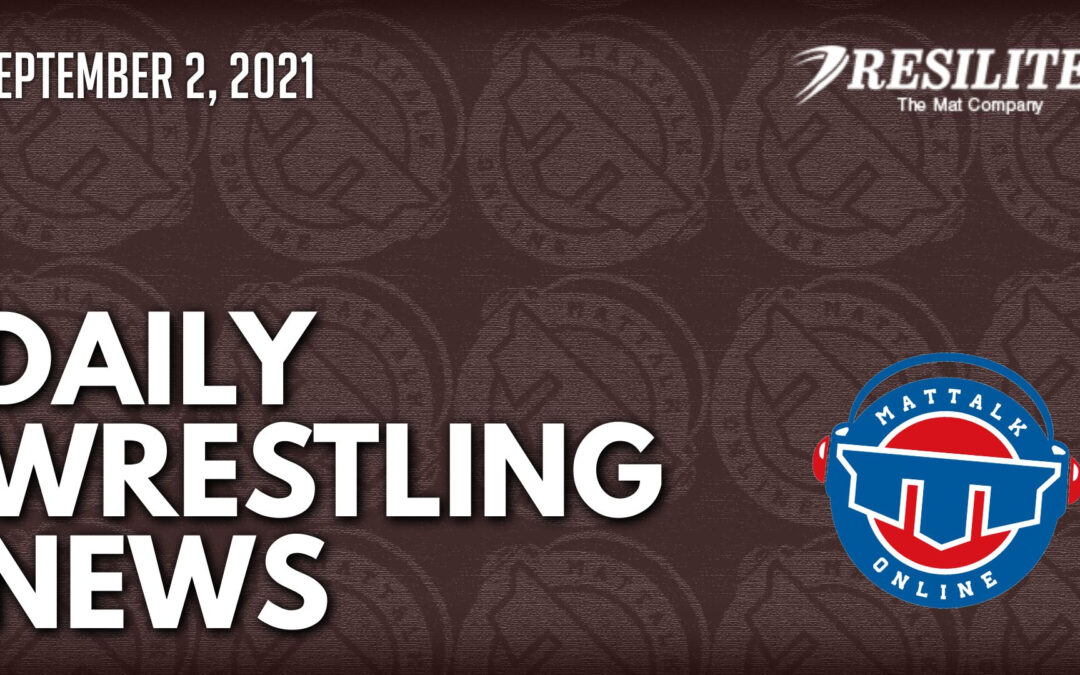 A celebration will be held at Apple Valley High School, which the public can view on the school's Youtube channel.

Bajrang Punia: I was surprised that people missed a cricket match to follow Olympics | Off the field News – Times of India

Bajrang Punia's days (and many evenings) since his return from Tokyo three weeks ago have been spent in endless felicitations and interviews.

If my recent Facebook query were an Olympic challenge, Tamyra Mensah-Stock would still have captured the gold!

Once on his deathbed and homeless, Cape Coral coach becomes one of nation's best wrestlers – NBC2 News

Jabari Irons can vividly remember the moment when he didn’t know whether he would live or die.

Egyptian olympic wrestler Samar Hamza announced that she has come back from retirement two months after having taken the decision.

The new wrestling room here at Iowa City High School is nearly finished. Two mats are already down and two more are on the way, along with a sound system, televisions, workout equipment and more.

State College sophomore Pierson Manville missed his first shot at Fargo because of the COVID-19 pandemic, which gave older brothers Carson and Mason a head start.

Wrestle Like a Girl launches She Can Wrestle campaign to encourage and support girls wrestling – TheMat.com

Wrestle Like A Girl (WLAG) is leading a national She Can Wrestle campaign to encourage and support the growth of girls wrestling across America. This campaign will run from September 1 through November 5.

Today marks the first day of USA Wrestling’s 2021-22 membership season, so anyone interested in joining the largest and most effective wrestling organization in the nation can do so at usawmembership.com.

USA Wrestling to give free tickets to military and first responder families to its Senior World Team Trials in Lincoln, Neb., Sept. 11-12 – TheMat.com

During the weekend which marks the 20th anniversary of the September 11 attack on the United States, USA Wrestling will make a special invitation to one of its most important events to honor and recognize those who have served our great nation.

Corby is back on the podcast today as we discuss NIL & athlete apparel deals, guys making the amateur to professional wrestling transition, Eric Thompson and then we spend a lot of time diving into the World Team Trials next weekend!

Episode 209 of Weighing In with David Mirikitani has been posted, with talk about the U.S. men’s freestyle Olympic team – TheMat.com

Episode 209 of the Weighing In With David Mirikitani podcast has been posted. Recorded on August 16, this episode includes discussion about the 2020 Olympic Games in Tokyo, Japan, looking specifically at the U.S. Olympic men’s freestyle team and its performance. Each of the five U.S. Olympians, all who won medals, are discussed in-depth by the panel.

Klessinger: Success of Olympic women will help sell the message of Jaynes and Randall – WIN Magazine

Standing in the fieldhouse at the Carl Poff TNT Wrestling Camp on the campus of Kutztown University, I was enamored by the passion of the women speaking to the group of approximately 500 wrestlers.

InterMat Wrestling – Back to School for Gabe LaVey

On August 18th, it was back to school for students at Averett University in Danville, Virginia. Of course, that included a large contingent of wrestlers seeking to compete for head coach Blake Roulo's Division III program.

If you are reading this article, it means you are slightly intrigued by the notion of adding Fantasy College Wrestling to your stable of Fantasy Games: Rotisserie Baseball, Snake or Auction Fantasy Football, Daily Fantasy, even filling out your NCAA Brackets with your friends.

Teenage stars Kennedy Blades and Kylie Welker are on a collision course at the upcoming World Team Trials. Will they get their rematch in Lincoln?

Jordan Burroughs is going to have to go through an incredibly tough field on September 11th. If he's not careful, he might not make it to Worlds.

The Millersville University wrestling team is celebrating its 75th anniversary as a program, and for a limited time, it is offering commemorative gear to mark the occasion.