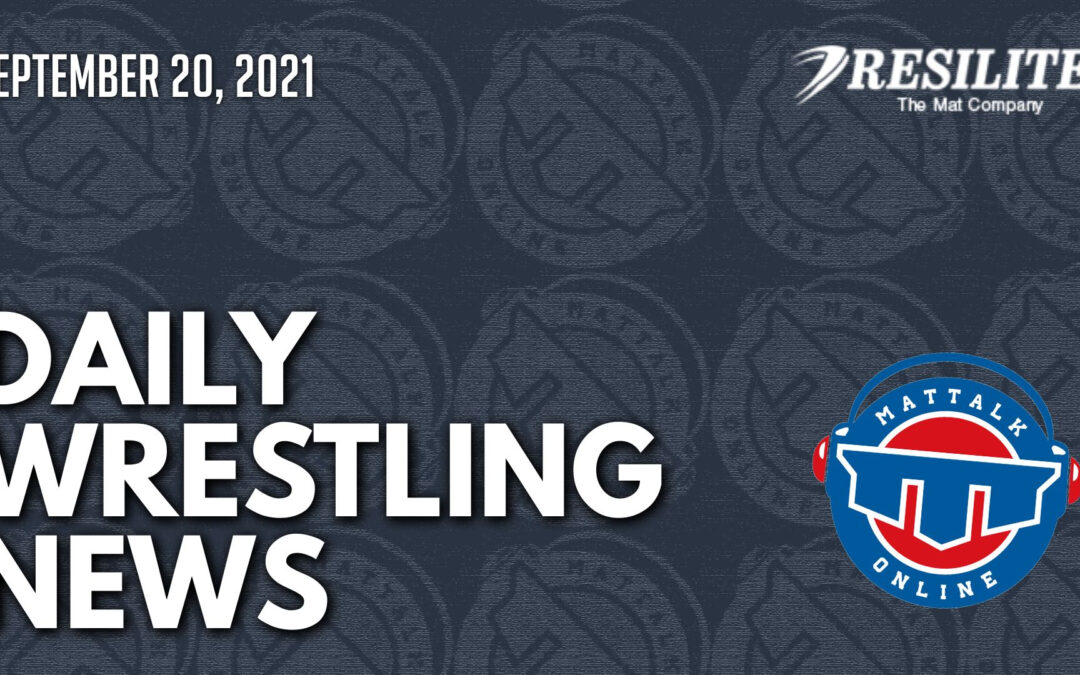 The Knight Commission on Wednesday released a proposal to require the NCAA, the College Football Playoff and Division I conferences to restructure how they distribute more than $3 billion in annual revenue, a model designed to guide the NCAA as it considers sweeping changes to its current governance structure.

HOW DO YOU DO, NDSU, PLUS LATE MOVES & EARLY INDICATIONS – Hand Raised

The 1st of a two part preseason looksee at the best, bitterest rivals plus still more startling staff and schedule suprises.

Based upon its staggering 50% success rate in predicting the USAs Mens and Womens Freestyle World Wrestling teams, if this column played professional baseball for a living it would be earning 75 million dollars a year.

Oklahoma State flipped a big one at the last minute on Friday.

Randon Miranda (60 kg, Rise, 5PM #4) had not originally planned on traveling to Denmark one week after the World Team Trials.

History was made tonight when FloWrestling hosted its first all-girls card as part of the popular Who’s Number One competition. The 10-bout card featured three No. 1 vs. No. 2 battles, with the Main Event featuring a pair of No. 1 ranked wrestlers from different weight classes. The action was outstanding.

Your athlete walks into your office, sits down, and says, “Coach. I’ve been thinking about this for a while, I don’t think wrestling is for me anymore- I just don’t enjoy it anymore”

Tony Ramos is an NCAA champion for the University of Iowa where he wrestled for coaches Tom and Terry Brands. In high school, Tony wrestled for Glenbard North – Gold Dot Nation stand up – where he was a 3x state champion. Tony was also a multiple time National Team member.

The Night of Conflict will return to Sioux City this fall at the Long Lines Arena on October 2nd. After the success of implementing an all-girl’s card in 2020, the same format will be used once again this year, but the girls will be competing before the boys on Saturday.

Even though the Iowa Hawkeyes have yet to receive a verbal commitment from the current senior class, head coach Tom Brands' Class of 2023 is off to a great start.

The Cowboys just keep adding new commitments to their roster this week. After picking up a commitment from Zach Blankenship and flipping Carter Young from Northwestern this week, OSU added another with Cutter Sheets, a 2022 in-state prospect.

Under the direction of five-time Ohio Athletic Conference Wrestling Coach of the Year Jamie Gibbs, the Baldwin Wallace University wrestling has announced its 2021-22 schedule.

Head coach Jim Makovsky has announced that nine student-athletes have joined the Minnesota State wrestling program for the 2021-22 school year.

WPVI-TV, the ABC-owned affiliate in Philadelphia, in conjunction with ABC Localish Productions, is currently shooting principal photography for a documentary on the life of former Pitt-Johnstown six-time NCAA National Champion wrestler Carlton Haselrig.

Army West Point head wrestling coach Kevin Ward has announced the addition of 14 freshmen to his program in preparation for the 2021-22 season.

Matt Azevedo, the Mert '67 and Joanne '69 Hill Head Coach of Wrestling has announced the addition of CJ LaFragola as an assistant coach for the 2021-22 season.

California Baptist University wrestling released its schedule for the 2021-22 season on Thursday, with opening day less than two months away.

With the addition of Joey Dance as an assistant coach and the announcement of Ganbayar Sanjaa staying on as a volunteer assistant, the staff of first-year American University wrestling head coach Jason Borrelli is now complete.

The Illinois Wrestling Coaches and Officials Association (IWCOA) will hold its 49th Hall of Fame Banquet in Countryside, Ill. Sunday, Sept. 19 and Sun Devil Dana Holland is one of 16 honorees selected for this year's induction ceremony. Holland was a three-time state champion and two-time highschool All-American prior to competing at ASU 2000-03.

LIU wrestling head coach Joe Patrovich announced the addition of Conor Brennan to his staff this week as an assistant coach. Brennan was a team captain, NCAA qualifier, EWL champion and freestyle All-American in his time at Rider University.