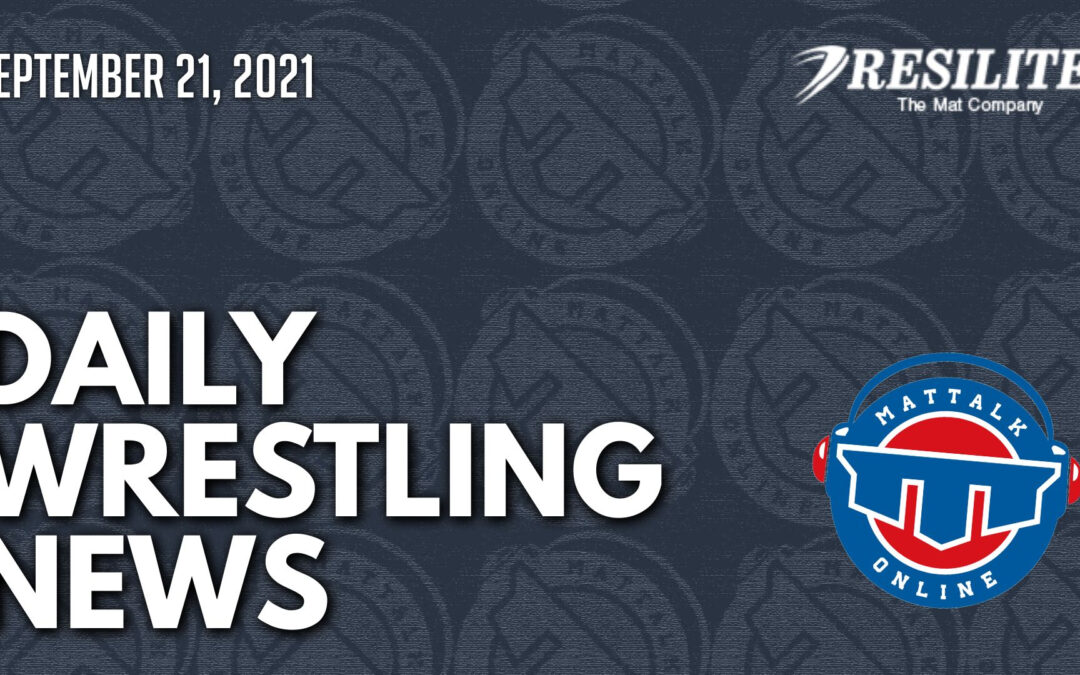 After winning a second Olympic gold medal last month in Japan, Russian superstar Abdulrashid SADULAEV (RUS) was asked by local media about making a possible move to Mixed Martial Arts for a lucractive test of his talents.

The last time a senior World Championships took place, Jordan BURROUGHS (USA) and J'den COX (USA) were primed to be at the Tokyo Olympics and even win their second medal at the big event. The former is a London Olympic champion while Cox won a bronze at the Rio Games. But both saw their dreams shattered in April earlier this year after losing at the USA Olympic Team Trials.

Superstars David TAYLOR (USA) and Hasan YAZDANI (IRI), and Geno PETRIASHVILI (GEO) and Taha AKGUL (TUR) could see their rivalries renewed after the first day of wrestling at the 2021 World Championships.

The Chattanooga Mocs head wrestling coach Kyle Ruschell announced the 2021-22 schedule on Monday afternoon. The slate features multiple contests inside Maclellan Gym and the return of the Southern Scuffle.

Todd Hibbs is returning to the place where he enjoyed some of the greatest successes in his career as a wrestling coach.

The Ithaca College wrestling team unveiled its entire 2021-22 schedule in what will be the program's 80th varsity season.

King's College Athletics and the wrestling program dedicated Ned McGinley on Saturday morning with the opening of the Ned McGinley Wrestling Facility.

Daton Fix Interview: He Wants To Be The Greatest Ever | Podcast Episodes | Baschamania

Fresh off making his second World team, 2021 61kg World Team Member Daton Fix joins the podcast today to talk all things from his recent Trials success to the USADA suspension, having AJ Ferrari as a teammate, NIL, his faith, the NCAA finals matches, and so much more.

There is only one national award that puts the best in sports, male and female, head-to-head for the title of “top athlete,” the AAU James E. Sullivan Award presented by Eastbay.

Complete list of USA Wrestling sanctioned events for the next three months, as September 20, with 14 new events – TheMat.com

Parker Betts does not want to portray the image of one who is boastful. Even normal, healthy self-assurance is something that requires pause when he speaks. By default, Betts clings tightly to deferentialism.

Oklahoma State has big changes coming its way with a new transfer and locker room upgrade. Plus you need to hear about RUDIS+. Catch up on all the D1 college wrestling news you missed over the weekend.