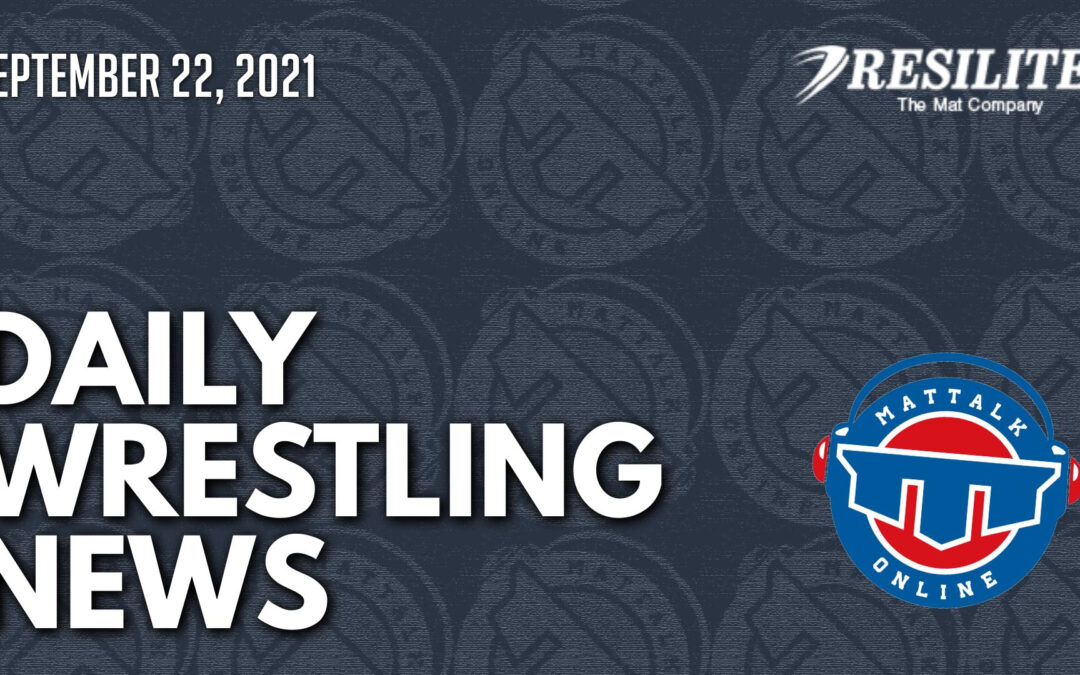 It may be missing the latest Olympic champion Aline FOCKEN (GER) but the 76kg weight class in women's wrestling at the Oslo World Championships promises to be another minefield for the competitors as four Olympic medalist including a former champion are wrestling on October 5 in Oslo, Norway.

In Episode 14 of Heads Up – a USA Wrestling Coaches Council Podcast, Mike Clayton and Mike Hagerty visit with Mike Hatcher and J.D. Robbins.

InsideCoWrestling staff is taking on a new challenge and expanding its interviews with Colorado High School and college coaches, that it has done in the past and is currenting doing / posting.

The 25 most exciting wrestlers to watch in the 2021-22 NCAA wrestling season | NCAA.com

The biggest stars perform best when the lights shine the brightest, and with the return of fans to arenas all over the country, the spotlight will certainly be on the nation's top college wrestlers this year. But who puts on the biggest show?

Wyoming Seminary, a national high school power in women’s wrestling that is located in Pennsylvania, won the girls freestyle division at the Ultimate Club Duals over this past weekend in Manheim, Pa.

September 21, 2021 – RUDIS, the leading athletic gear and apparel brand for amateur wrestlers, is excited to announce the launch of a brand-new collaboration with Sports Illustrated.

Joe Siprut is the Founder, Chief Executive Officer, and Chief Investment Officer of Kerberos Capital Management. Prior to founding Kerberos, Mr. Siprut was a nationally recognized attorney. Mr. Siprut is a supporter and advisor to Beat the Streets Chicago, a nonprofit charitable organization dedicated to empowering urban Chicago youth through wrestling.

There are many changes coming for the nationally prominent Newberry wrestling program. First, Cy Wainwright is stepping down from his position as head coach. Former assistant coach, Deral Brown, has been named as Wainwright's successor and Assistant Coach, Bryant Blanton, has been promoted to Associate Head Coach.

Enjoy all the action from the Induction Ceremony for the Illinois Athletics Hall of Fame Class of 2020, including the full video from the event.

The Binghamton wrestling program has announced the addition of six newcomers for the 2021-22 season, which includes three true freshmen and three transfers.