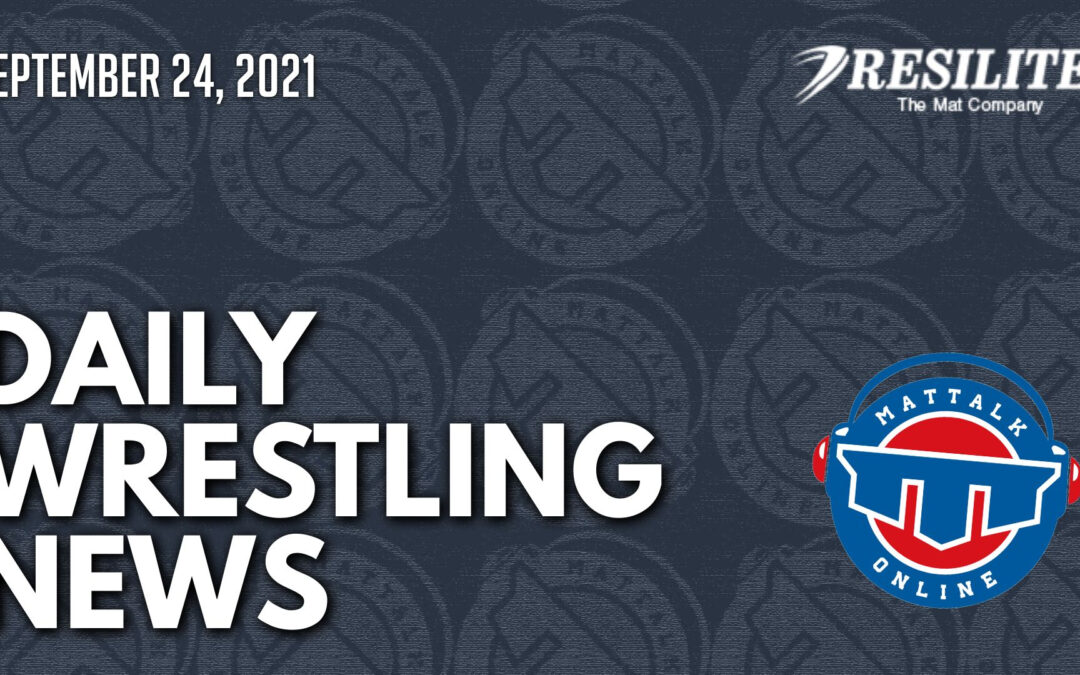 Search for coach will begin this fall, first season expected to be 2023-24

Get ready, wrestling fans: women's wrestling is officially coming to the University of Iowa.

The stories of a young Tom and Terry Brands wrestling each other in their basement in Sheldon are legendary, just like the twin brothers’ eventual resumes would become at the college and international level.

‘While the timing may be challenging, the decision is awesome’

Maybe you’ve heard the name, Brent Moore, and are wondering “where has he been?” You may have written him off as someone who had early success at Virginia Tech then fizzled out of the sport. Don’t be so quick to judge because there is a deeper story that Moore has never shared.

Part two of a sweet Dakotas double-dip, Whos zoomin who at 157, and a full check in on Chattanooga.

This weekend features the MMA debut of a Dan Hodge Trophy winner as well as the return of a Greco Roman World champion, and that is before the UFC hosts one of their biggest shows of the year. As always, InterMat has a breakdown of all the top wrestlers competing in the combat sport.

At least Gary Barta didn’t try to sugar coat it or provide spin. Iowa’s Athletic Director looked directly at the media on Thursday and admitted what seemed obvious:

Returning WPIAL and PIAA Class AAA team wrestling champion Waynesburg is searching for a new coach after Joe Throckmorton’s resignation was accepted by the Central Greene School Board on Tuesday.

An in-depth preview of 57kg at the 2021 Senior World Championships.

This week's Weighing In with David Mirikitani: Episode 213 has been posted and can be viewed at this time.

The 2021-22 Augustana men's wrestling schedule has been announced and is now available for viewing.

Lehigh wrestling will be welcoming the fans back to Leeman-Turner Arena at Grace Hall this season. The historic venue will be operating at full capacity for the 2021-22 campaign as Lehigh unveiled its schedule on Wednesday.