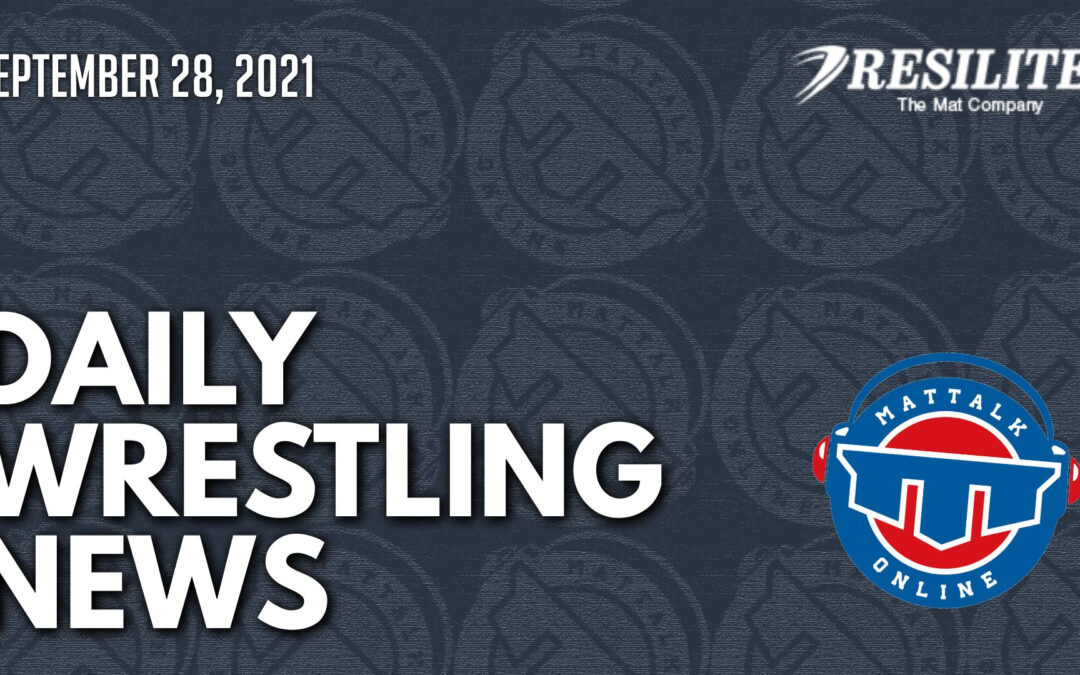 For the purposes of statistical mongering, here’s how deep the field is. With men’s freestyle starting first, they’ll get the first set of breakouts.

Indiana native Leroy Vega as an animal on the mat as a four-time NCAA Division I qualifier and three-time All-American at the University of Minnesota. Vega had a couple of short coaching stops before landing at Purdue a couple seasons ago as the volunteer assistant for coach Tony Ersland.

The top-ranked Iowa wrestling program has finalized its 2021-22 schedule, and the Hawkeyes are planning trips all over the country this season.

The wrestling community was sent into a frenzy on Thursday, September 23rd when the University of Iowa announced its decision to make women’s wrestling the school’s 14th female sport, making Iowa the first Power Five DI school to add the one of the nation's fastest growing high school sports on the market.

Wondering about Stevan Micic’s eligibility after he announced his return to wrestle at Michigan? You’re not alone; in fact, fans across social media are confused about how he can wrestle another season when he has been in college since 2014.

The Vikings schedule is formidable with 3 tournaments and the Mid American Conference Championships that they host.

Rethink How You Help Your Athletes' Academics — Push Pull Wrestling

Every college program I’ve ever been a part of has had the same blanket solution for helping their athletes’ academics. The dreaded study hall. Now ask any athlete what they feel about this practice and you will watch them fume. And for good reason.

Caleb Thoennes of St. Michael-Albertville has committed to wrestling for South Dakota State University in 2022.

Complete list of USA Wrestling sanctioned events for the next three months, as September 27, with 25 new events – TheMat.com

As a part of Hispanic Heritage Month, USA Wrestling will be spotlighting many Hispanic wrestlers who have contributed to the sport of wrestling and inspired with their accomplishments both on and off the mat.

Edinboro University wrestling head coach Matt Hill announced today the 2021-2022 competition for the Fighting Scots, who are slated to kick the season off Oct. 29 in the home wrestle-offs.

Returning all four of its 2021 NCAA Qualifiers and signing another top 15 class, Northern Colorado Wrestling is ready for a challenging 2021-22 schedule. UNC will host five duals and open the year with an all-day multi-dual.

After a year away from competition, the Franklin & Marshall wrestling team is ready to return to the mats. The Diplomats will hit several marquee tournaments during the first half of the season before turning their attention primarily to dual meets before the postseason kicks into high gear with the EIWA Championships and NCAA Division I Wrestling Championships in March.

Olympic champion vs Olympic champion. USA vs Russia. Team title on the line. We are currently living in the middle of the greatest rivalry of all time.

An in-depth preview of 125kg at the 2021 World Championships.

An in-depth preview of 97kg at the 2021 World Championships.

Big news for the Buckeyes today on the recruiting front! As reported on MatScouts “The First Word”, Tom Ryan's team has landed the number two overall recruit in the Class of 2022, Nic Bouzakis (Wyoming Seminary, PA).

We're heading into the final days of September and most schools have been in classes for awhile. That means preseason workouts have begun. At this point in time, there are only a few DI vacancies remaining. Here are all the of the positions that have been filled in the offseason:

Coach John Smith and the Oklahoma State wrestling program released the schedule for the 2021-22 season, consisting of 18 duals and a trip back to the Southern Scuffle.

The Griffin wrestling program has announced its 2021-22 schedule.