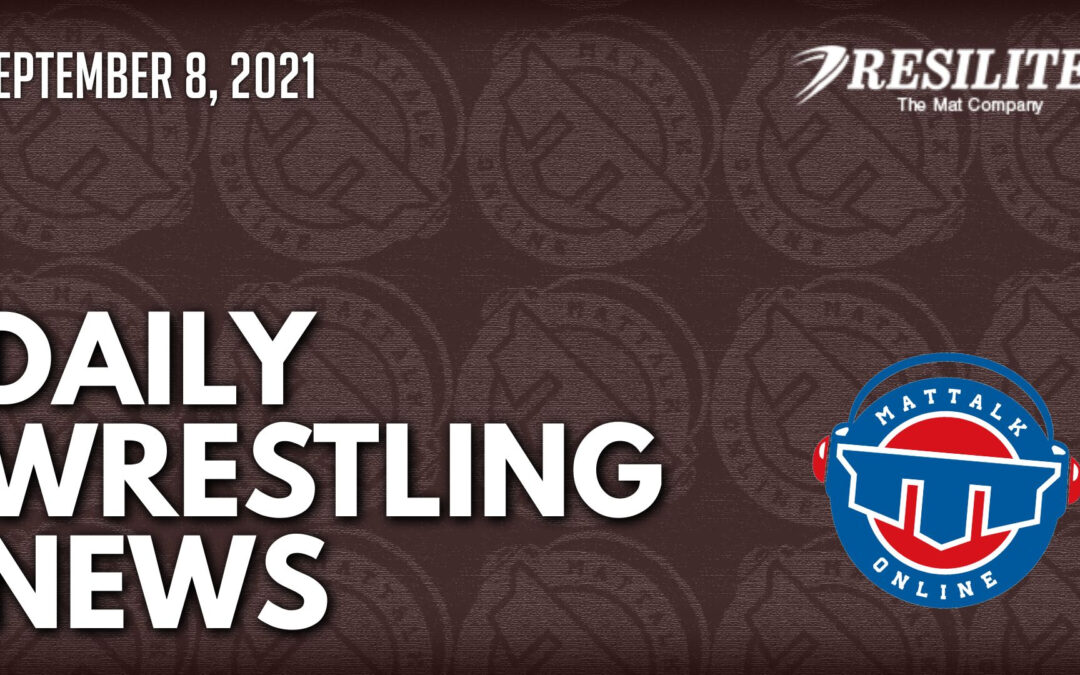 The Seckman High School community is mourning the loss of Cody Greene, a former Jaguar wrestling standout and head wrestling coach at the school.

InterMat Wrestling – A Look at the State of Ivy League Recruiting

On Friday afternoon, the Penn Quakers received a verbal commitment from Jude Swisher, the #95 overall prospect in the Class of 2022. Swisher's commitment gave Penn five top-100 recruits for this year's high school seniors. While the Quakers are putting together a remarkable class, this is also representative of the uptick in recruiting for the entire Ivy League.

This year's Who's Number One will feature 25 matches between 48 of the nation's top wrestlers across two nights.

The Pulse With Andy Hamilton: Jordan Burroughs Has Something To Prove – FloWrestling

Jordan Burroughs is on a quest to recapture the real estate atop the World podium and a D3 program in New York is cleaning up.

Spencer Lee has a simple but effective message for college athletes who are seeking to cash in big on their name, image and likeness opportunities.

It’s been a long, long summer but finally, the Pack has come back to the Podcast! Join past NWMA SID of the Year and NC State Director of Digital Communications Brian Reinhardt and NC State head wrestling coach Pat Popolizio to kick off the new school year. Preseason has kicked off and there’s also some chatter about what Pack wrestlers and alums who will be competing at the upcoming U.S. World Team Trials in Lincoln, Nebraska.

The episode the people have been asking for! Willie Smalls joins the podcast today for some Coffee Talk with Cenzo and I, and JO hops on for an hour as well, just a week ahead of the World Team Trials, where he attempts to make his second World Team of the year!

USA Wrestling has released the pre-seeds for the women’s freestyle division of the Senior World Team Trials, which will be held in Lincoln, Neb., September 11-12. A seeding committee met on Tuesday afternoon and voted upon these pre-seeds.

USA Wrestling has released the pre-seeds for the Greco-Roman division of the Senior World Team Trials, which will be held in Lincoln, Neb., September 11-12. A seeding committee met on Tuesday and voted upon these pre-seeds this morning.

The last time Carter Starocci competed in a Penn State singlet, the 174-pound then-freshman took down Iowa sixth-year senior Michael Kemerer to win his first NCAA title at the Enterprise Center in St. Louis in a surprising reversal of the Big Ten finals match.

The World Team Trials are just a few days away. Don't have any rooting interests? Creating a fantasy team will make watching the event more interesting.

Hofstra University Head Wrestling Coach Dennis Papadatos has announced today that Jamie Franco has been promoted to associate head coach with the Pride. In addition, coach Papadatos announced the addition of Mauro Correnti III as the program's new assistant coach.