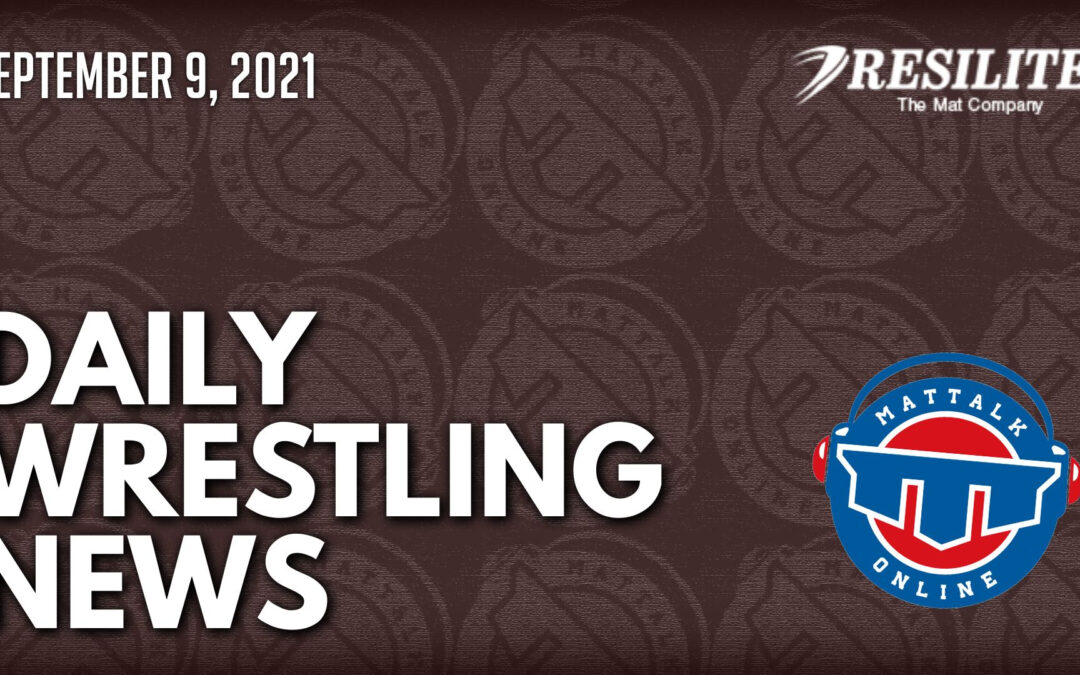 This weekend, USA Wrestling will host the 2021 Senior World Team Trials in Lincoln, Neb. Winners of each weight class in all three international styles will go on to compete at the 2021 World Championships in Oslo, Norway, Oct. 2-10.

USA Wrestling has released the pre-seeds for the men’s freestyle division of the Senior World Team Trials, which will be held in Lincoln, Neb., September 11-12. A seeding committee met on Wednesday afternoon and voted on the pre-seeds.

Recently, USA Wrestling announced that on September 11th and 12th the 2021 Senior World Team Trials will be held at the Pinnacle Bank Arena in Lincoln, Nebraska.

Columbia Wrestling is back and ready to get on the mat, and with the announcement of the 2021-22 schedule by Andrew F. Barth Head Coach of Wrestling Zach Tanelli, the goal is clear, face the best competition the Lions can so that they are ready to make a run at the 2022 NCAA Wrestling National Championships.

A number of wrestling recruits were in Stillwater on Saturday to watch the Cowboys and the Missouri State Bears, and here’s a quick rundown of a few of the wrestlers OSU is trying to get to Stillwater to become future Cowboys.

“It’s a big deal for these kids to make it to a world team — that’s the epitome of our sport.”

National wrestlers Mohammad Inam and Zaman Anwar, currently in Rome, have got visas and will proceed to Greece on Wednesday (today) to feature in the Beach Wrestling World Series to be held there on September 10 and 11.

As a guest on the latest WWE After the Bell Podcast, Rick Boogs joined the show to talk about where his interest in wrestling came from. The 33-year-old told a detailed story of how he became interested in the WWE, and even quit his job before the tryout to add more pressure on himself.

The Last Champion, starring Yellowstone’s Cole Hauser, is an inspirational family sports drama that will have you believing in second chances. Beautifully photographed in the Pacific Northwest, it’s a story about faith, loss and redemption.

Jon Reader and Chris Bono join the podcast to talk about running the Badger 100, a 100 mile foot race along the Badger State Trail continuing onto the Jane Addams Trail between Belleville, WI and Orangeville, WI.

It's been a long, long summer but finally, the Pack has come back to the Podcast! Join past NWMA SID of the Year and NC State Director of Digital Communications Brian Reinhardt and NC State head wrestling coach Pat Popolizio to kick off the new school year.

The 2020 Section V Wrestling Hall of Fame Banquet was cancelled because of COVID but it has now been rescheduled for October 12 at Red Fedele’s Brook House in Rochester.

The ultimate resource for NCAA D1 wrestling fans going into the team trials for the 2021 World Championships in Oslo, Norway.

Zain Vs JO In The Quarters!? Reacting To 70kg Pre-Seeds – FloWrestling

Breaking down the pre-seeds and potential matchups for the 2021 World Team Trials at 70kg.

Everything you need to know about the Yianni Diakomihalis – Joey McKenna rivalry.

Fresh off winning his second Olympic title, wrestling's most prominent star Abdulrashid SADULAEV (RUS) will return to the mat October 02-10 for the Oslo World Championships. He'll lead a group of 30 newly minted Olympic medalists – including six champs – into Norway for this year's historic World Championships.