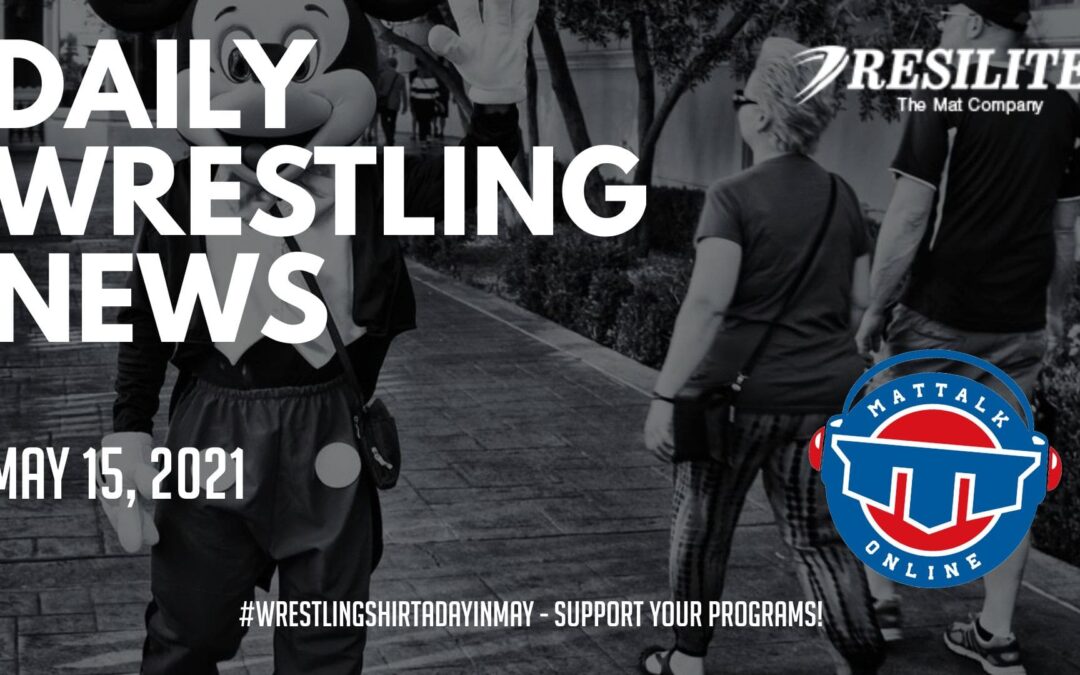 On this day in 1928, Mickey Mouse made his first ever appearance in the silent film “Plane Crazy.”

Erica Pastoriza couldn't repeat her 2019 accolade as one of The Republic's All-Arizona girls wrestling team selections after this past season ended in March. After transferring from Glendale Raymond Kellis to Phoenix Sierra Linda last fall for her sophomore year, the Tolleson Unified School District canceled Sierra Linda's winter season from the pandemic.

St. John’s Prep coach Manny Costa, like many others in the wrestling community, is disappointed that plans for an MIAA tournament have yet to be finalized, and for good reason.

It was a warm spring day when Monsignor Farrell hosted its first home wrestling meet of the campaign on Friday afternoon, which saw the Lions emerge with a pair of wins over tri-meet foes Xavier (57-12) and Fordham Prep (57-9).

High school wrestling can begin in Erie County, thanks to the decrease in the county’s rate of new Covid-19 cases.

A little more than 11 years ago, a young girl held on to a pair of brothers who had just won Ohio state high school wrestling titles at the Schottenstein Center in Columbus. Two other brothers and a sister joined the celebratory photo.

Jimmy McAuliffe, a senior on the wrestling team, has been selected as Elmhurst University's Men's Sports Athlete of the Year award for the 2020-21 season.

USA Wrestling announces the launch of the Final Stretch to Tokyo fundraising campaign to begin March 14 and run through June 14, 2021. With the Olympic Team now named, our coaches and athletes are making final preparations.

The much talked about and highly anticipated documentary on the historic Perry wrestling program will make it’s premier on Tuesday, June 15th.

Masters athletes can go Beach, Greco-Roman & Freestyle, May 20-22 in Jacksonville at the Beach and Masters Nationals – TheMat.com

Adult wrestlers in the Masters division (age 25 and older) can compete in three different styles of wrestling this weekend at USA Wrestling national events in Jacksonville, Fla.

On Friday, the National Wrestling Coaches Association announced the Scholar All-America Team and Individual honorees for the NCAA Women with awards going to 101 individuals representing 16 institutions.

Aaron Steed is the CEO of Meathead Movers and a founding member of the Central Coast RTC, hosted near Cal Poly. Aaron is a former wrestler turned businessman who still has an incredible passion for the sport. I’m really excited to see what transpires at the Central Coast RTC (their facility is amazing).

Rising stars Aleksandr KOMAROV (RUS) and Istvan TAKACS (HUN) headline the 18-man 87kg Greco-Roman bracket at the U23 European Championships (May 17-23). The weight will also feature a total of seven wrestlers with age-group world medals.

After a 592 day layoff due to the COVID-19 pandemic, and for the first time since the '19 U23 World Championships, the U23 calendar resumes with the U23 European Championships (May 17-23).

a graduate of Granby High School in Norfolk, this former X43 Outside Machinist apprentice was a standout grappler from 2008-2012. At 133 pound weight class, Chevres ended his career as one of the most decorated wrestlers in the history of ASchool