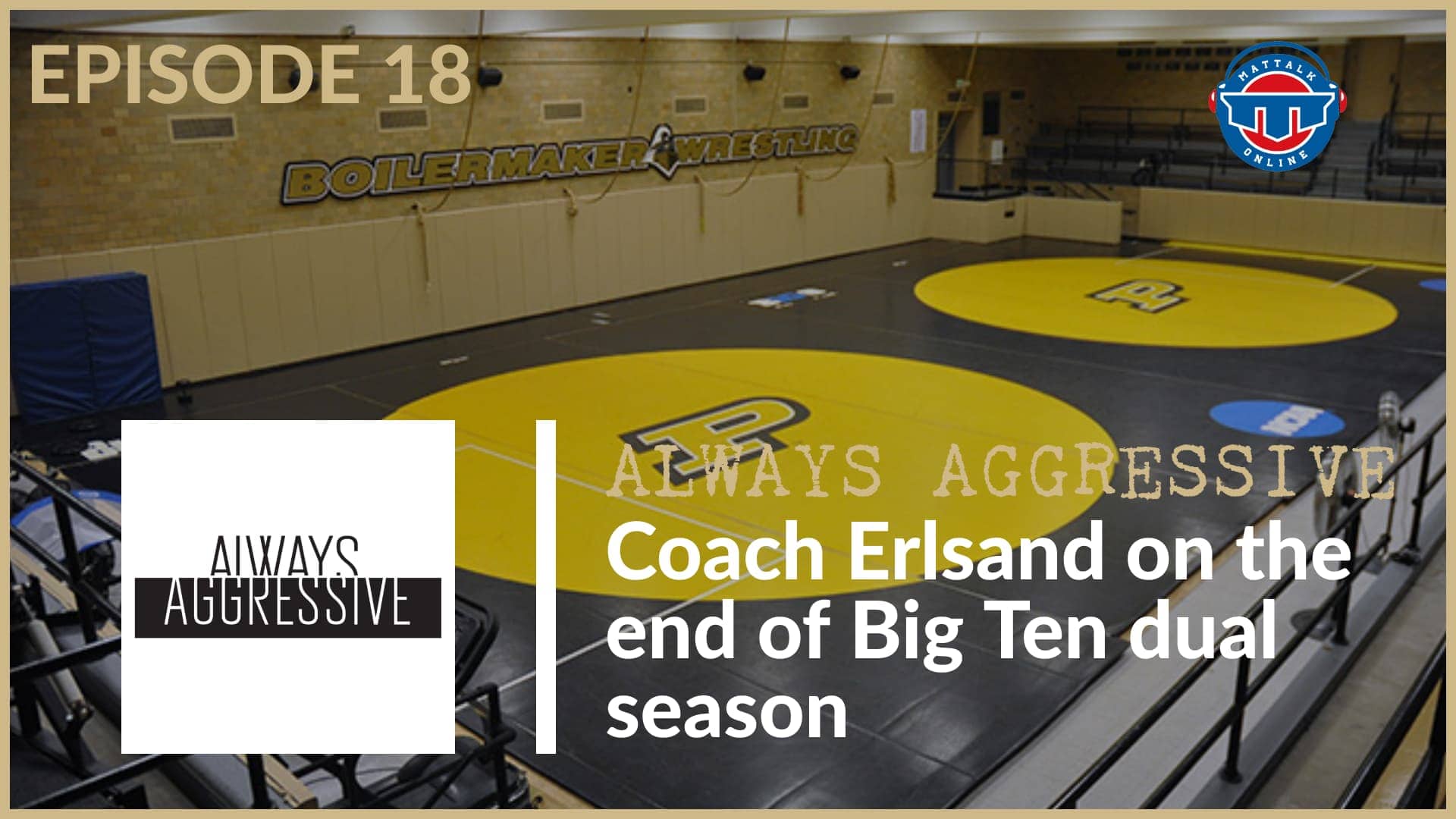 On this week's Always Aggressive Podcast, Purdue head coach Tony Ersland and friends discuss wrapping up the Big Ten Dual season with a road win at Illinois, despite having a short-handed lineup to close out with a 12-5 overall dual record and a 5-4 mark in the Big Ten, Purdue's first winning conference record since 2013. The Boilermakers took 6-of-10 weights against the Fighting Illini, including ranked upsets at 141 and 184 pounds.

They also discuss the tenants of training in the lead-up to Championship season and a busy recruiting weekend when the coaching staff will be splitting time between the IHSA State Championships in Champaign and the IHSAA State Championships in Indianapolis. Ersland dives into some of the qualities he looks for in Boilermaker recruits, and they wish some good luck to a pair of future Purdue wrestlers who take the mat as a high school competitor for the final time this weekend.