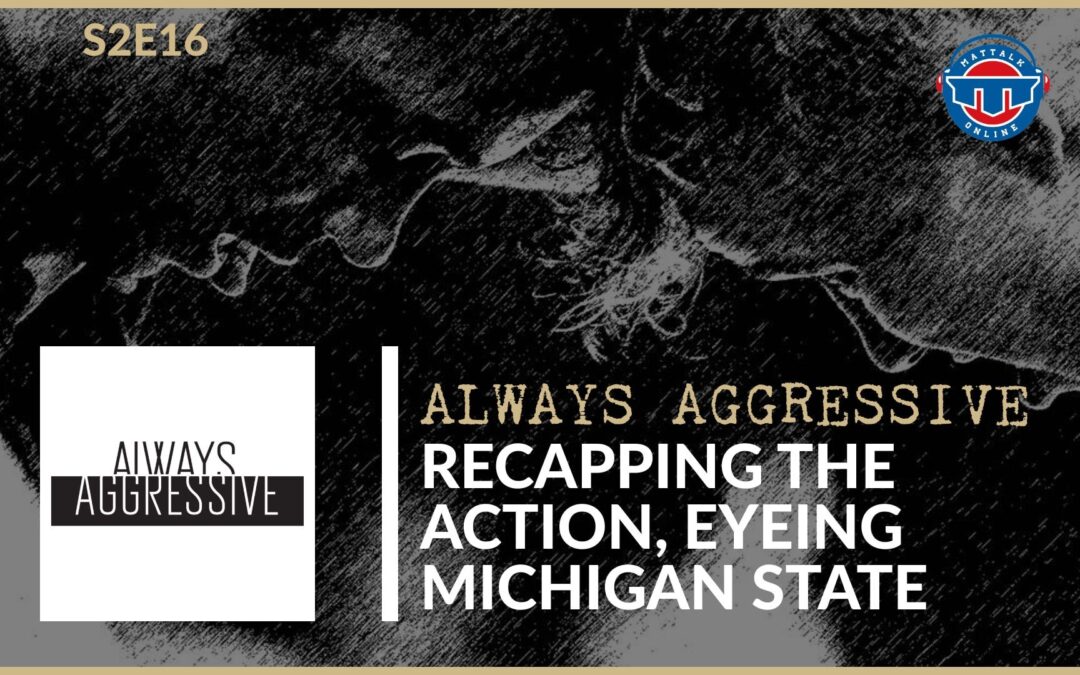 Coach Ersland and the guys talk about Sunday's Triple Duals with Ohio State and Iowa, what lessons were learned in those competitions and takes a look at this weekend's trip to East Lansing to take on Michigan State. Ersland and the crew also discuss anticipation of the first round of coaches' rankings, expected this week.

While the 17th-ranked Purdue wrestling team had a tough weekend in Holloway Gymnasium, falling to No. 1 Iowa and No. 11 Ohio State, the matches were not without some bright spots. Head coach Tony Ersland, Cory Palm and Tanner Lipsett caught up on this week’s Always Aggressive Podcast to discuss the tri-dual, this weekend’s matchup at Michigan State and a few of the nationally relevant conversations in wrestling.
Ersland expresses his distaste for “moral victories,” but was willing to acknowledge the progress his squad is showing and put on display Sunday, taking four of 10 matches from both the Hawkeyes and Buckeyes, including big wins for seniors Devin Schroder and Max Lyon. While he would prefer to win the dual outright, the goal remains peaking in March at Big Ten and NCAA Championships and building towards those performances.
Purdue continues its dual schedule Friday at No. 22 Michigan State, set for 6 p.m. ET on BTN+. The contest is slated to have several top-tier matchups, notably at 125, 157, 184 and 197 pounds.
The show wrapped up with mentions of the inaugural NCAA coaches panel rankings, which will debut this week, and the merger of FloWrestling and TrackWrestling, which was announced late last week.
0:00 – Tri-Dual Wrap Up
33:15 – Boilers at MSU
37:45 – NCAA Coaches Rankings
45:00 – FloWrestling +TrackWresting = ???

MORE THAN A GAME
The More Than A Game campaign was launched in August, in partnership with the John Purdue Club, to help the athletics department navigate the financial ramifications of the COVID-19 pandemic and position Boilermaker athletics for future success.

Purdue Athletics is one of only a handful of Division I athletics departments that is entirely self-sustaining: it does not receive any taxpayer dollars, general fund support from Purdue University, or student fees. John Purdue Club memberships are directed to funding the $12 million scholarship cost for student-athletes and this separate fund will help offset a 2020-21 Purdue Athletics budget shortfall that could approach or exceed $50 million.