The Purdue perspective on the Tokyo 2020 Olympic Games 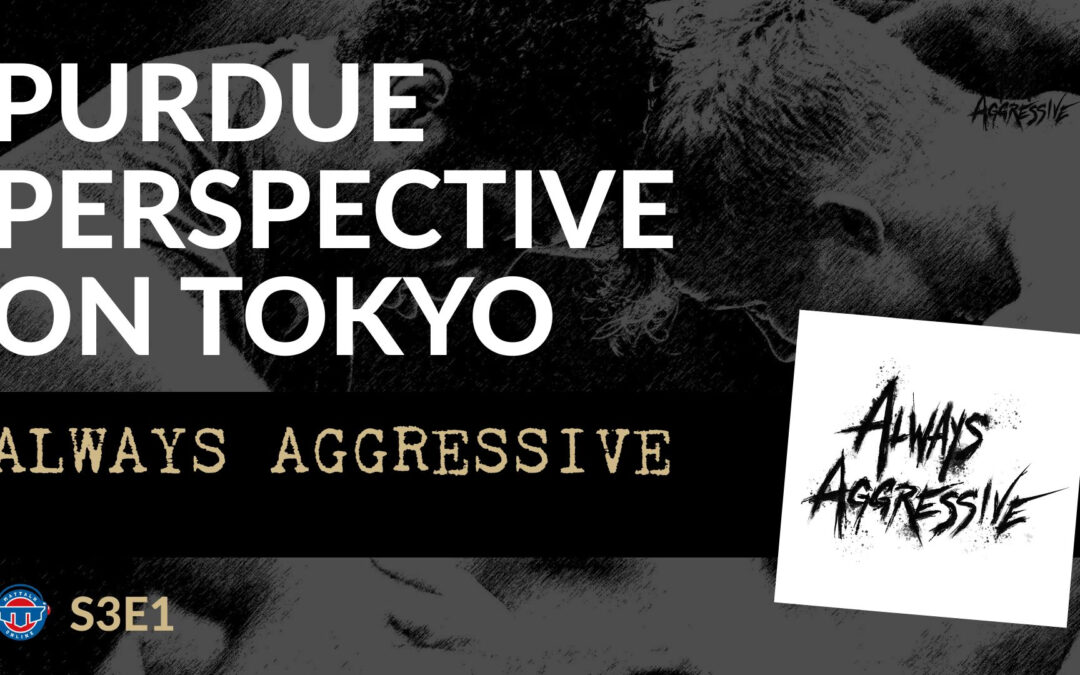 Having coached several wrestlers who have had success on the Olympic and World Championship stages, Ersland has valuable insight on the journey and experiences of those who brought home medals from Japan. While the masses simply get to watch the handful of matches that are wrestled on television, Ersland looks into the four-year cycle and the lifetime of preparation that goes into those moments.

In typical fashion, the show closes with a pop culture question that pits Lipsett and Palm on opposite sides, while Ersland stays out of the fray.

0:00 – Season Three begins with the Olympics
2:57 – Women's Results
7:27 – Boilermaker in Tokyo
9:20 – Is this the launching pad for women's wrestling?
12:15 – Greco
16:30 – Snoop & Kevin do Greco
17:50 – Ersland, Olympic junkie
18:30 – Freestyle
27:25 – Most Impressive Performance?
30:15 – Olympic commentators
37:40 – Coaching Olympic/World Champions
40:00 – Hat tip to the coaches
44:35 – The Black Album?Print Friendly VersionMORE THAN A GAME
The More Than A Game campaign was launched in August, in partnership with the John Purdue Club, to help the athletics department navigate the financial ramifications of the COVID-19 pandemic and position Boilermaker athletics for future success.